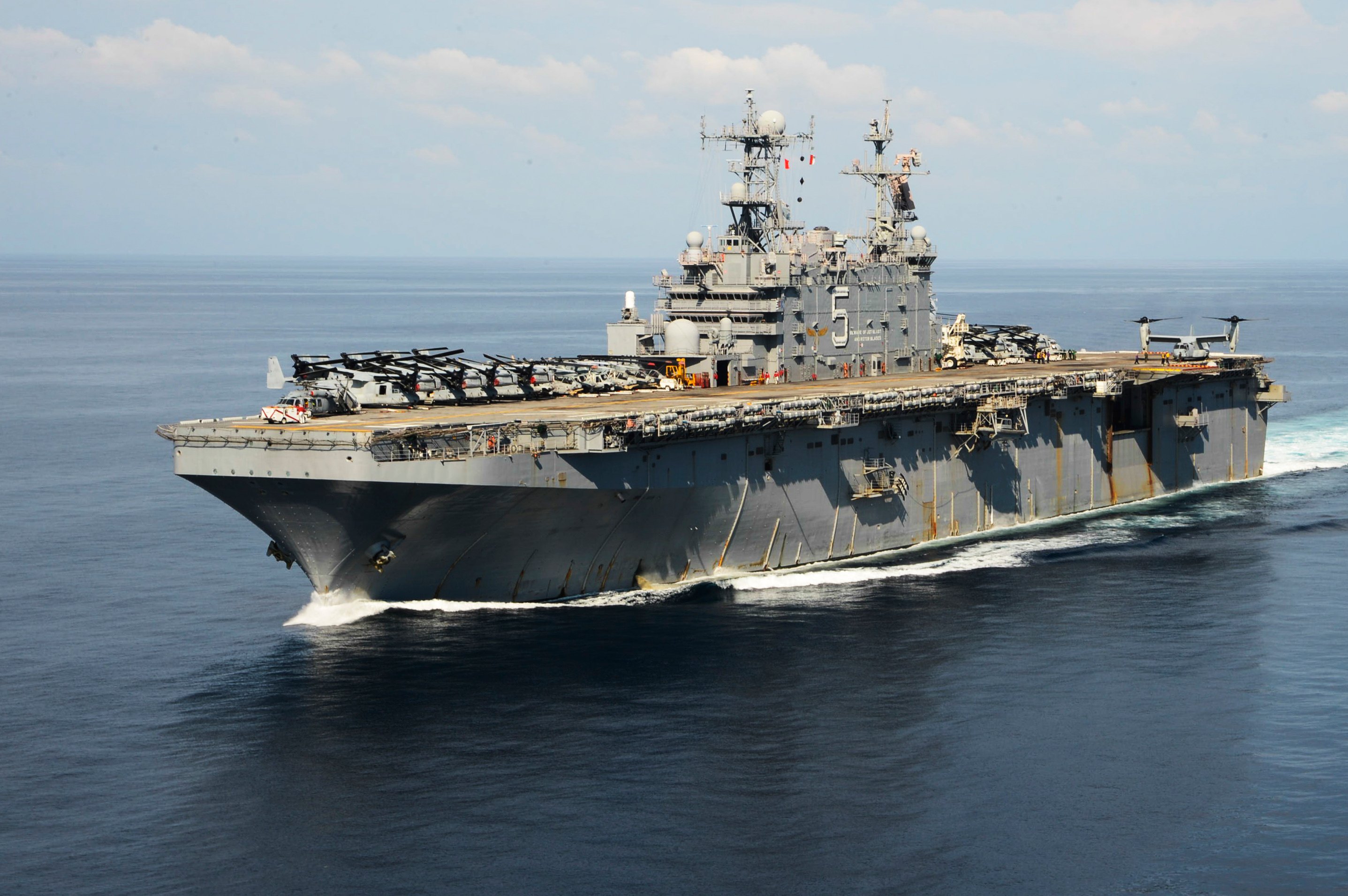 USS Peleliu (LHA 5) is underway in the Philippine Sea in its last 2014 deployment. US Navy Photo

The last Tarawa-class big deck amphibious warship will decommission in a ceremony at Naval Station San Diego on Tuesday ahead of joining the Navy’s inactive reserve fleet in Pearl Harbor, Hawaii, the service announced on Monday.

The San Diego based USS Peleliu (LHA-5) is the last of the class originally begun in the early 1970s designed to transport up to 1,900 Marines and their aviation compliment as the lead ship in a Navy/Marine Amphibious Ready Group and Marine Expeditionary Unit (ARG/MEU).

“Capable of launching a coordinated air and sea attack from one platform, Peleliu has conducted 17 deployments, 178,051 flight operations, served 57,983 personnel and steamed approximately 1,011,946 nautical miles since being commissioned on May 3, 1980, in Pascagoula, Miss.,” read a Monday statement from the service.

Nicknamed the “Iron Nickel,” Peleliu’s deployments included a significant role in the 2001 Operation Swift Freedom in which Marines from the 15th and 26th MEUs departed the ship — assigned to Naval Expeditionary Task Force 58 — to take and hold one of the first U.S. footholds in Afghanistan as part of Operation Enduring Freedom.

Other deployments included assisting in the evacuation of personnel from the Philippines following the 1991 eruption of Mt. Pinatubo and aided civilians in following the 1989 San Francisco earthquake.

The ship returned to San Diego on Christmas Eve 2014 following its final six-month deployment in the Western Pacific with USS Germantown (LSD-42) and the Okinawa-based 31st Marine Expeditionary Unit (MEU).

The class is due to be replaced by the new 45,000-ton America-class big decks. First-in-class USS America (LHA-6) commissioned in October and is stationed in San Diego.

Peleliu will join lead ship Tarawa (LHA-1) and Nassau (LHA-4) in the inactive fleet in Pearl Harbor. Sister ship Saipan (LHA-2) was scrapped and Belleau Wood (LHA-3) was sunk as a target.