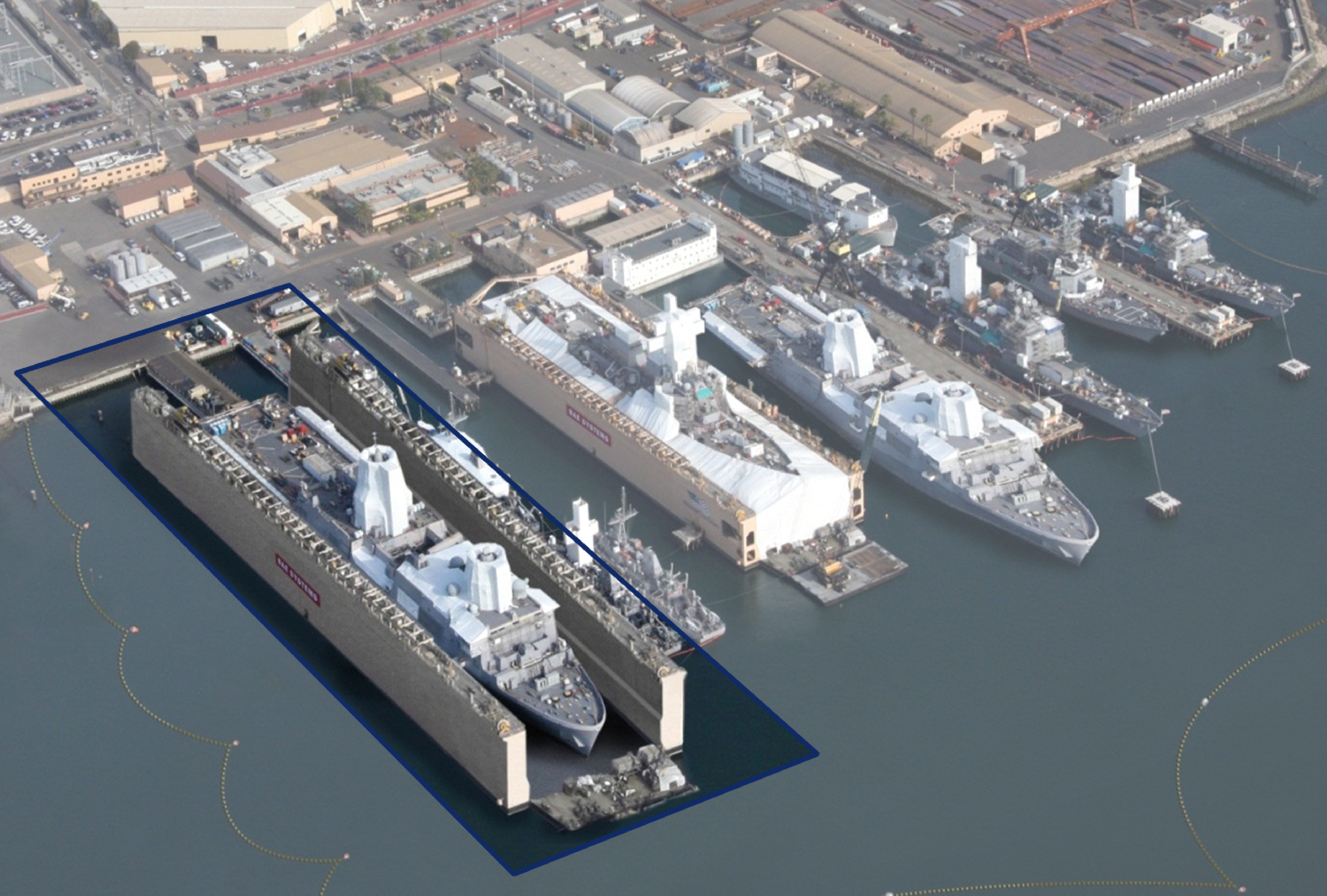 BAE Systems is improving its ship repair facilities in San Diego, Calif. to include an additional dry dock as part of a $100 million expansion scheduled to open in 2017 , the company announced on Friday.

Company officials pegged the investment in the facility to the Pentagon’s rebalance to the Pacific.

“Our primary strategy and mission in San Diego is to support the U.S. Navy and its rebalance to the Pacific,” said Erwin Bieber, president of BAE Systems’ Platforms & Services sector in a statement.
“The new pier and dry dock will complement and expand the shipyard’s existing capacity in this homeport and provide greater capabilities to our customers.”

The company plans to replace the more than 50 year-old pier with a dry dock at least as large enough to accommodate a Wasp-class big deck amphibious warship — according to an artist’s rendering of the planned expansion.

“The new dry dock will measure 950-feet long and 205-feet wide, with a design lifting capacity of 55,000 tons,” read the statement from BAE.

According to local press reports, the Chinese built floating dry dock will be among the largest in the country and join two other floating dry docks in San Diego Bay — one at BAE and a second at nearby General Dynamics NASSCO.

“The Navy plans to boost the number of warships homeported in San Diego to about 79 — from the current 60 — over the coming years,” according to a report in the San Diego Union Tribune.

The yard currently employs about 1,700 workers.