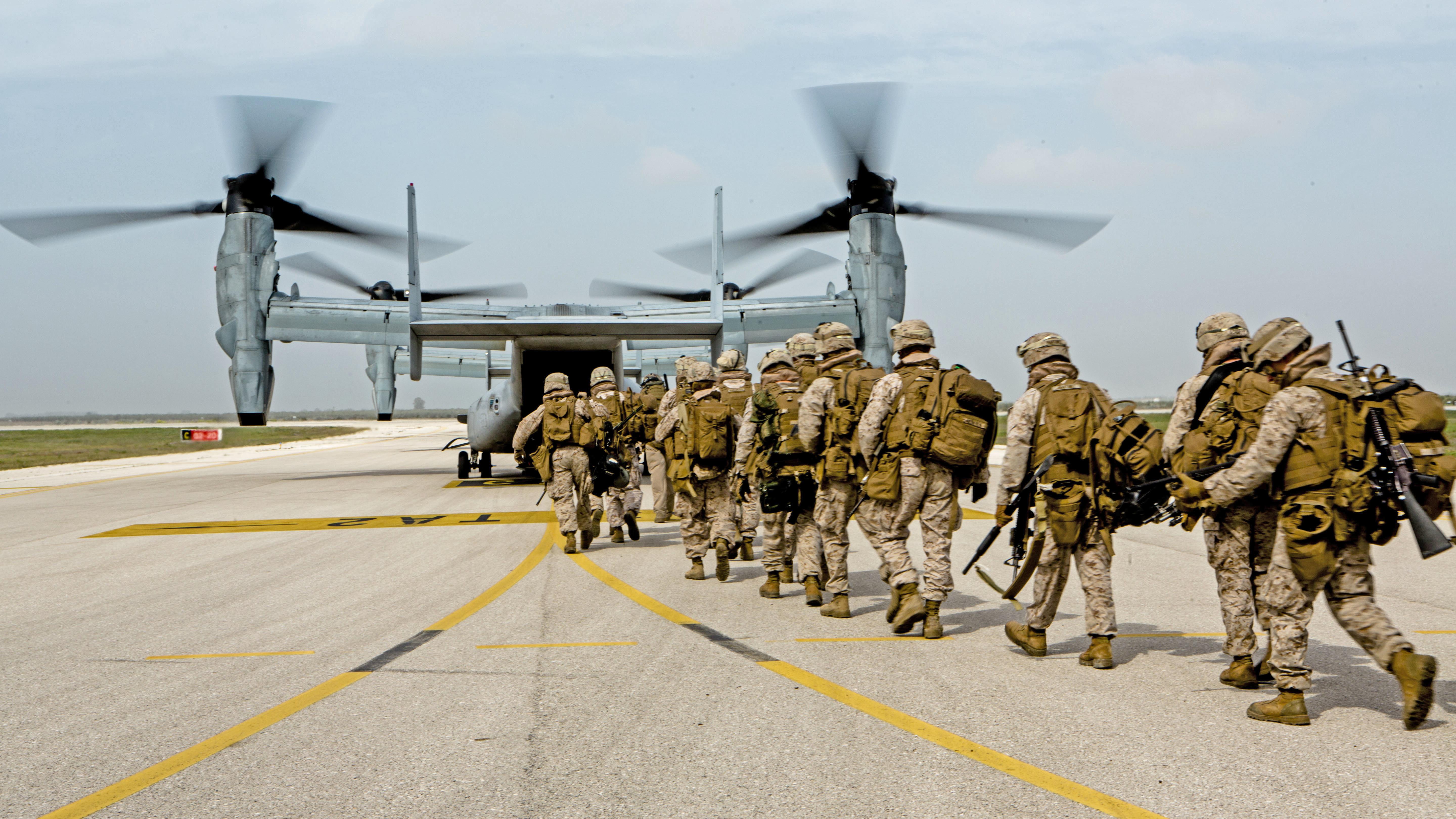 WASHINGTON, D.C. — As much as the Marine Corps wants to increase its deployment-to-dwell ratio from the current 1:2 to the more sustainable 1:3, Assistant Commandant of the Marine Corps Gen. John Paxton said that some high-demand units are operating on an even tighter schedule.

The 1:2 ratio is problematic for force health – for units that deploy for seven months, they’d only have 14 months to rest, train and go through pre-deployment workups before being sent overseas again. Marine Corps leadership worries about the toll that takes on the people, and they are particularly concerned about the ability to put their airplanes through depot maintenance in such a short amount of time.

Paxton told USNI News after testifying to the House Armed Services Readiness Subcommittee Thursday that there are two situations leading to some units have lower than a 1:2 deployment-to-dwell ratio. First, for some units – infantry battalions, MV-22 Osprey squadrons and KC-130 tanker squadrons – the problem is increased demand. The Marines’ response to that demand has been the creation of two land-based Special Purpose Marine Air-Ground Task Forces for crisis response missions in U.S. Africa Command (AFRICOM) and U.S. Central Command (CENTCOM). For the Marines’ F-18 squadrons, the problem is a continued backlog at the aviation depots that is preventing an adequate number of planes and people from being ready to deploy.

Special Purpose MAGTFs are made up of an infantry battalion, Ospreys to transport them and refueling tankers to give them the range to transit the vast African continent and Middle East as needed, without the benefits of ships trailing them for logistical support.

Paxton said that a one-time deployment of these units would cause a temporary blip in the deployment-to-dwell ratio, but the Marine Corps is gearing up to continue both the AFRICOM and the CENTCOM crisis response forces.

“The issue is when you measure your dep-to-dwell, it’s always a very concrete snapshot in time,” the assistant commandant explained.
“So right now we have two Special Purpose Marine Air-Ground Task Forces that are forward deployed, one that supports AFRICOM and one that supports CENTCOM. So they have put an immediate and short-term demand signal on the units that source them. So the V-22 community and the VMGR (Marine refueling) community that support the Special Purpose MAGTF in Africa have an unusually – it’s short-term – but higher OPTEMPO. And because of the footprint in the Central Command area, we put additional demand signal on our infantry battalions.”

“When we pony up to answer the combatant commanders’ demand, we always are going to fight tonight, but we don’t know whether that will correlate into a heel-to-toe commitment and a long-term sustained obligation,” Paxton continued.
“In the case of the Central Command crisis response, we actually combined four or five requests for forces. So we’re already, we have the first iteration of that Special Purpose MAGTF on deck now, the second one is getting ready to go, so that will be a heel-to-toe commitment. So for the foreseeable future, we think that’s going to create extra demand signal for us.” 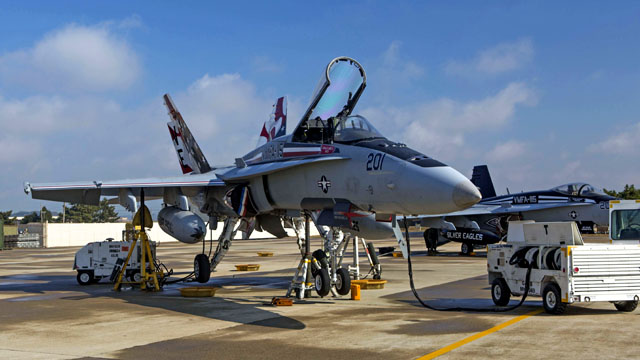 In the case of the fighters, sequestration has caused the frenetic operational tempo.

“The F-18s are a very specific example of the badness of sequestration and furlough, because when we let the artisans and engineers go, we couldn’t get the aircraft into maintenance that they need,” Paxton said.
“So we have a large number of out-of-reporting aircraft, we don’t have sufficient ready basic aircraft, RBA, on the flight line, so that when we have the limited aircraft available they have to go forward to the fight. And the folks who are left at home-station don’t have enough aircraft to do the requisite training on.”

Paxton said during the hearing that about half of the Marines’ nondeployed units are deficient in personnel, equipment or training, and the depot maintenance backlog plays into all three. The lack of ready equipment creates the inability to train, which could lead to pilots and maintainers losing their qualification.

“We will be ready for the crisis, you will have ready Marine units on ships, with aircraft, ready to go into harm’s way to fight tonight to do exactly what the nation needs,” Paxton said during the hearing.
“The challenge is that the next-to-deploy will be in a degraded state of readiness,” which could mean that if a major contingency arose, Marines would either be late to the fight or not ready upon arrival, Paxton warned.

“We do a great job getting the guys out the door, with assets and training, but it’s training that next group that’s ready to go,” he told the senators, echoing Paxton’s sentiments.
“One of the prime reasons we have a hard time with that right now is because we have about 19 percent of our flight-line inventory that we should have up in operation that’s not available to fly. A large portion of that is because of depot: the airplanes are stacked up in the depot and they can’t get through.”

Davis said 20 percent of the F-18s are “stuck” and unable to get into the depots, along with CH-53 helicopters, AV-8B Harriers, MV-22 Ospreys, and more.

“The depots can handle so much,” he said.
“We’ve had to go to industry to help, to plus-up that capability, to get rid of the backlog that’s on the backside of our depots. Because the real issue is getting those airplanes back on the line that the taxpayers have spent a lot of money to buy for us, but we just don’t have (funding) to get them to the depot.”

Davis also mentioned that aircraft are knocked out of a ready status sometimes because the operations and maintenance budgets have become so tight under sequestration that spare parts aren’t always available. An F-18 might need a simple replacement part to get back into operations, but if that part isn’t available then the jet can’t be used for training or operations.