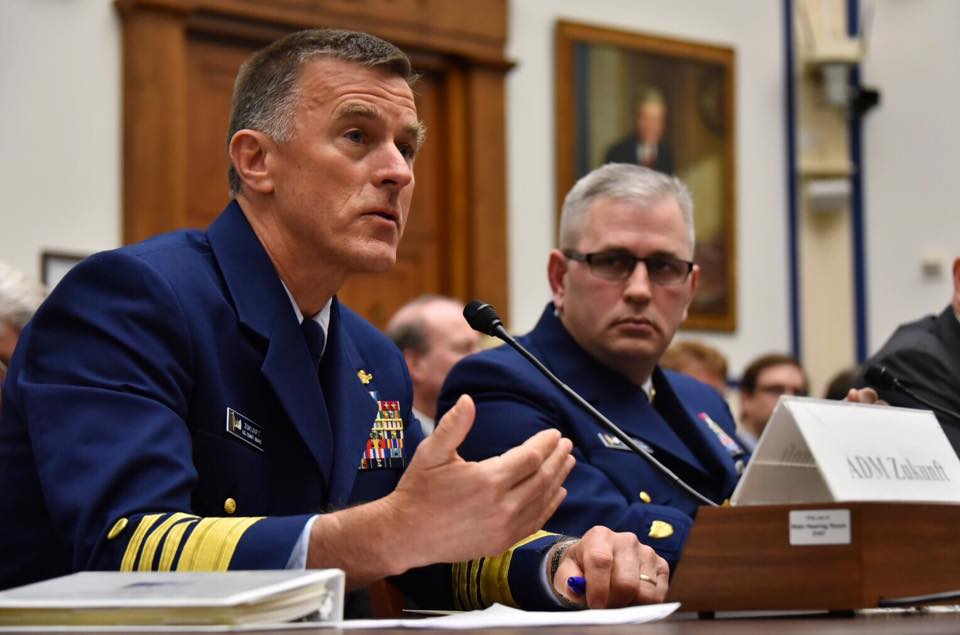 The Coast Guard’s Fiscal Year 2016 budget request falls $69 million short of fully funding the Offshore Patrol Cutter (OPC) and instead relies on a funding transfer authority that would let Department of Homeland Security leadership provide the additional funding if the program is deemed affordable and on track, Coast Guard Commandant Adm. Paul Zukunft told the House Appropriations Committee on Tuesday.

In a homeland security subcommittee hearing, Zukunft explained that the partial funding situation was necessary in part because the DHS budget needed to stay agile enough to respond to terrorist threats at home.

As a result, the ship class would receive just enough funding to wrap up the design phase – $18.5 million that “supports technical review and analysis of preliminary and contract design phase deliverables for the OPC project,” according to Coast Guard written testimony on its Fiscal Year (FY) 2016 budget request. The FY 2016 budget request from DHS includes language that would permit but not require a transfer of funding to the OPC program if it meets affordability requirements.

“The underlying criteria [for the funding transfer] is affordability,” the admiral stressed.
“We have adhered to very stable requirements. I’ve revisited those and I am convinced that we will be able to produce an affordable Offshore Patrol Cutter using fixed-price contracting. And we have three very highly incentivized contractors competing to get this largest contract in Coast Guard history.” 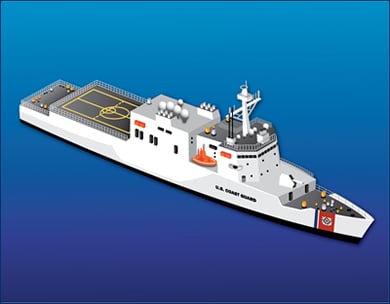 The OPC should cost around $484 million per ship, and the Coast Guard intends to buy 25 of them, according to a Congressional Research Service report. The Coast Guard in February 2014 awarded $65 million in design contracts to Bollinger Shipyards in Lockport, La., Eastern Shipbuilding in Panama City, Fla. and General Dynamics Bath Iron Works (BIW) in Bath, Maine, USNI News has reported.

The congressmen seemed unhappy with the partial funding strategy, given that Zukunft said repeatedly the program must stay on track. The Coast Guard hopes to award a construction contract by the fourth quarter of FY 2016 in order to have the first cutter procured in FY 2017 and operating in the fleet by 2021. The legacy Medium Endurance Cutter classes are 50 years old now and cannot remain operational much longer.

“We are on the side of the Coast Guard, this subcommittee, on both sides of the aisle, trying to get you the adequate ships on the sea,” subcommittee chairman Rep. John Carter (R-Texas) told the commandant.

Subcommittee ranking member Rep. Lucille Roybal-Allard (D-Calif.) voiced concerns about the strategy as well, questioning “the likelihood that the department would actually use” the transfer authority to fund the OPC later in the fiscal year. She asked Zukunft, “if there is a reasonable expectation that more funding for the OPC would be needed, why not just include the funding in the request?”

Zukunft responded that “clearly counterterrorism in the homeland is always a highest priority for our Department of Homeland Security. But at the same time, so is recapitalizing in the Coast Guard in the Offshore Patrol Cutter.”

He did not complain about the funding strategy but did hint at a workaround, saying that “the transfer authority would be very critical for us to meet this very important timeline, short of an additional appropriation for full funding to move this project forward.”