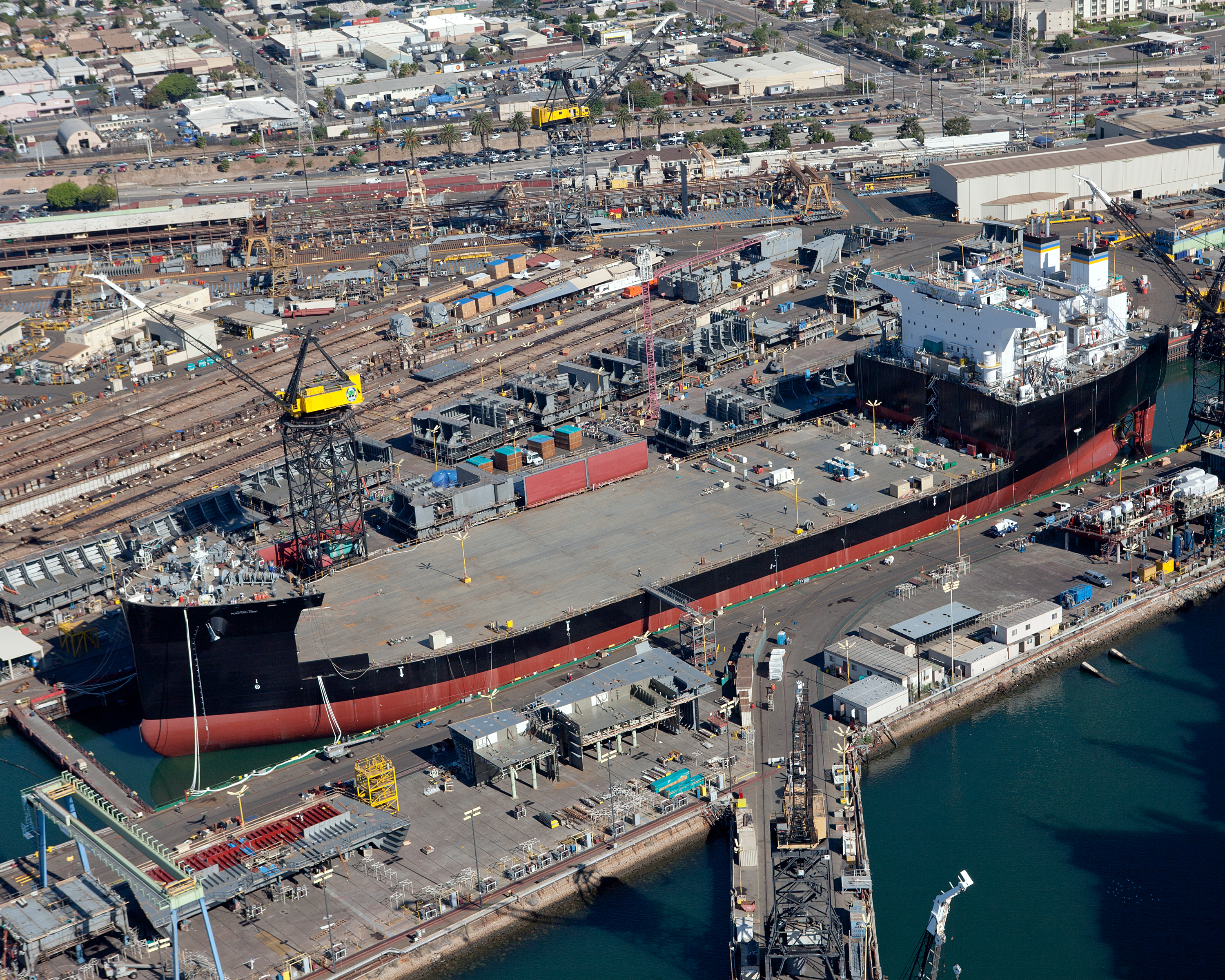 WASHINGTON, D.C. — The California shipyard the U.S. Navy relies on to build its auxiliary ships and some potential future amphibious warships is “one contract away,” from “peril,” the Navy’s top shipbuilder told a Senate panel on Wednesday.

“NASSCO is a contract away,” he said at a hearing of the Senate Armed Services Seapower Subcommittee.
“They’re in peril and that’s why this [deal] is an important aspect of NASSCO’s viability.”

The deal, first floated as part of the service’s Fiscal Year 2016 budget, will have NASSCO and Huntington Ingalls Industries (HII) Ingalls Shipbuilding compete for contracts for TAO(X), the follow-on big deck amphib to the America-class (LHA-7) and the next generation amphibious warship LX(R).

Currently, the U.S. Navy relies on eight shipyards to build its about $15 billion a year in ships — arguably much more capacity than the service needs for the nine to ten ships a year the Navy builds.

However, Stackley and the service are keen on preserving the industrial base as a strategic asset as part of a larger national security context that leads to deals like the current oiler-amphib contract and the prior teaming agreement between HII’s Newport News Shipbuilding and General Dynamic Electric Boat in which each manufacturer builds part of the Virginia-class (SSN-774) submarine.

Though Stackley indicated that NASSCO was most vulnerable “if Ingalls doesn’t get one of those two major programs, they are at risk,” he said.

NASSCO is currently building the Afloat Forward Staging Base (AFSB) variant of the Mobile Landing Platform (MLP) for the U.S. Military Sealift Command.