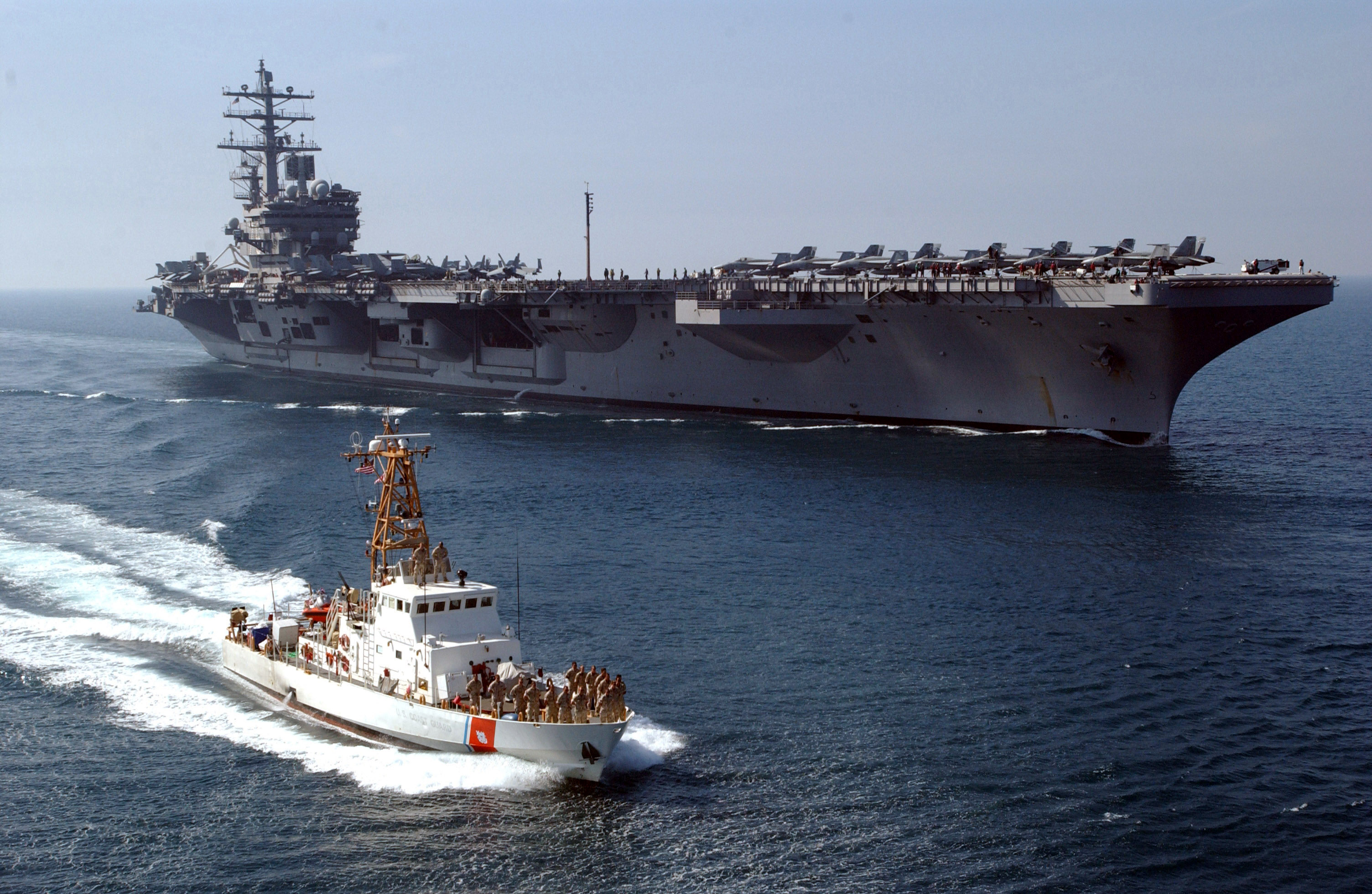 PENTAGON — The latest revision to the 2007 U.S. Sea Service strategy has added sections addressing the complexity of the intersection of cyber and electronic warfare and hangs a loose number on the number of ships the U.S. Navy needs to execute its roles in the world.

Eighteen months and several drafts later, the revision to A Cooperative Strategy for 21st Century Seapower (CS21) is the U.S. Navy, Marines Corps and Coast Guard’s broad policy outline for their global roles.

“The world has changed since 2007, when the last strategy was published, violent extremist organization like [Islamic State in Iraq and Syria] have grown. We have a continued threat from North Korea and Iran and you’ve seen the recent Russian aggression. There’s also the question of the rise of China,” Navy Rear Adm. William McQuilkin, director Navy strategy and policy division, told reporters in a Wednesday briefing.
“Additionally, we face challenges that threaten our access — in cyberspace and the in the global commons.”

To face those challenges the U.S. Navy laid out a general ship requirement in the strategy, a departure from 2007.

“To accomplish this, the Navy and Marine Corps must maintain a fleet of more than 300 ships, including 11 aircraft carriers, 14 ballistic missile submarines (replaced by 12 Ohio Replacement Program SSBN(X)), and 33 amphibious ships, while the Coast Guard must maintain a fleet of 91 National Security, Offshore Patrol, and Fast Response Cutters,” read the document.

Navy representatives also emphasized changes in the revision as part of a subsection on, “all domain access.”

“We’ve created a new essential function in this strategy called All Domain Access. This is essentially a function that will organize, train and equip our forces to maintain appropriate freedom of action in every domain — sea, air land, space, cyberspace and across the electromagnetic (EM) spectrum,” McQuilkin said.

Those strategies now include a cyber component and an expanded emphasis on the electromagnetic spectrum.

“Since 2007, all of the services have placed a greater emphasis on the cyber aspects of warfare,” McQuilkin said.
“We think it’s on par with the traditional core functions or essential functions.”

The Marines developed their portion of the CS21 with the same team that drafted the service’s Expeditionary Force 21 (EF21) document, said Marine Brig. Gen. Kevin Killea, director of the USMC’s futures directorate and the head of the Marine Corps Warfighting Lab (MCWL).

Instead of the largely ad hoc split of the ARG, EF21 and CS21 put more thought how to spread maritime military influence with fewer amphibious ships.

“I think for the Marine Corps the strategy says 33 ships to fulfill our global commitments. Today we’re doing that with something far short of that and probably less than 20 that are actually available to sail and do what we need to do,” Killea said.
“Because of that you see work arounds like Special Purpose MAGTFs (Marine Air Ground Task Force] are noting close to a Marine Expeditionary Unit (MEU) and not a replacement but something we’d have to do to cover part of the range of military operations the MEU would have covered.”

“The way the Coast Guard can fulfill our mission set is focusing primarily on threats within the Western Hemisphere while still augmenting Navy operations in the Pacific,” said Coast Guard Rear Adm. Peter Brown, assistant commandant for response policy on Wednesday.
“In particular we are looking to forward deploying many of our assets to the Eastern Pacific and Caribbean to combat the trans-national criminal organizations that smuggle drugs through those waters and destabilize Central America and the United States. “

The report singled out the Pacific as a key area for U.S. focus and singled out China’s maritime rise as a key factor in the region.

“China demonstrates its ability to embrace international norms, institutions, and standards of behavior commensurate with rising power status,” read the document.
“However, China’s naval expansion also presents challenges when it employs force or intimidation against other sovereign nations to assert territorial claims. This behavior, along with a lack of transparency in its military intentions, contributes to tension and instability, potentially leading to miscalculation or even escalation.”

The services also plans to issue a classified annex to the strategy later this year.

As to when the next update is needed, Brown said it would be contingent on the global situation.