Every president may be the commander-in-chief, but not all have military experience to inform that responsibility. Even fewer have served in the Navy – only six. (Two more, Theodore Roosevelt and Franklin D. Roosevelt, served as assistant secretary of the Navy.) Those six presidents – six out of seven presidents in a row, after a long history of White House executives with exclusively Army and militia backgrounds – spent time in the U.S. Navy Reserve performing a variety of missions. In honor of the U.S. Navy Reserve’s centennial celebration, here is a look at America’s seafaring presidents. 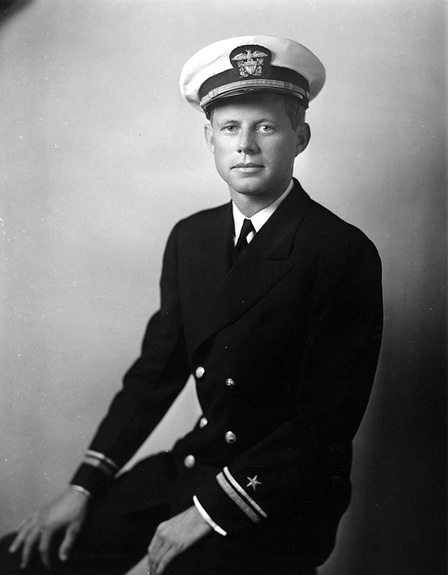 John F. Kennedy: Kennedy was appointed an ensign in the U.S. Navy Reserve in October 1941 and joined the staff of the Office of Naval Intelligence, according to the Naval History and Heritage Command. He attended Naval Reserve Officers Training School at Northwestern University from July to September 1942, and upon graduation he was assigned to the Motor Torpedo Boat Squadron Training Center in Rhode Island. That December, he was named commanding officer of a motor torpedo boat, PT-101, which was set to deploy to Panama. Seeking a combat assignment as World War II raged on, Kennedy requested to be reassigned, and the next month he was sent to command PT-109 in the Soloman Islands. His mission was to attack Japanese supply ships and support Army and Marine Corps units attacking the Japanese ashore. In August 1943, Kennedy’s boat, running silent to avoid detection, was hit by a Japanese destroyer and split in two. Two crew members were killed in the collision, but Kennedy – who injured his back in the crash – helped the other 10 men swim three miles to an island. The men were saved after carving a message into a coconut and asking natives to deliver it to the nearest military base. Kennedy was awarded the Navy and Marine Corps Medal for his heroics in rescuing his crew, as well as the Purple Heart Medal for his injuries. Kennedy returned to the United States in January 1944, but because his back injury limited his ability to perform his duties, Kennedy eventually retired from the Navy Reserve on physical disability in March 1945 as a lieutenant. The Navy honored Kennedy most recently by naming one of its newest aircraft carriers, CVN-79, the USS John F. Kennedy. 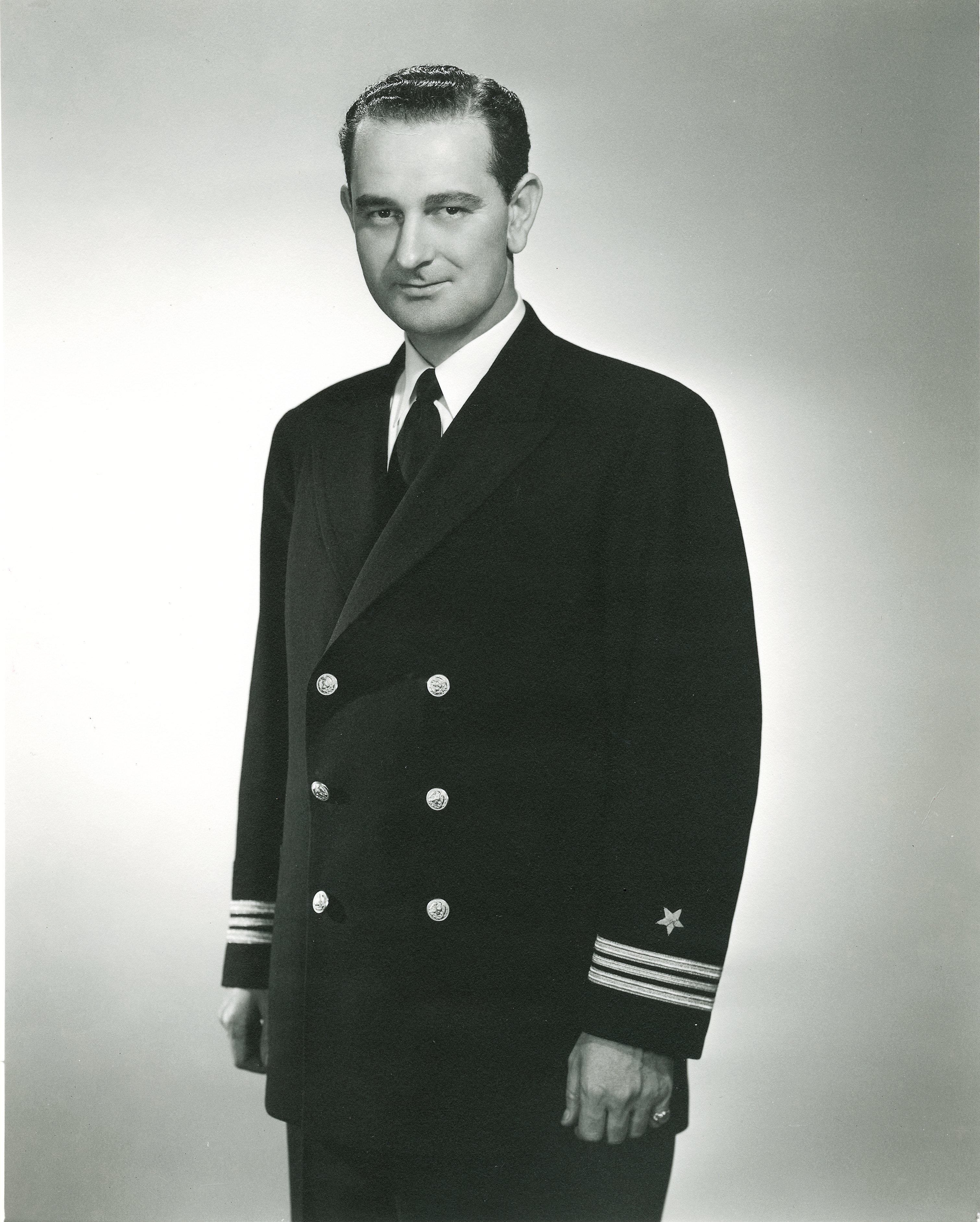 Lyndon B. Johnson: Johnson was appointed a lieutenant commander in the U.S. Navy Reserve on June 21, 1940, according to the LBJ Presidential Library. He reported for active duty on Dec. 10, 1941, immediately after the attack on Pearl Harbor, making him the first sitting member of Congress to ever volunteer for active duty in the military. Sent to the Office of the Chief of Naval Operations, Johnson helped address production and manpower problems that were slowing construction of ships and planes. In 1942, he was stationed in New Zealand and Australia and volunteered to be an observer on several bombing missions, which earned him an Army Silver Star medal. After just a few months, however, President Franklin Roosevelt ordered all members of Congress in the military to return home, so Johnson came back and returned to reserve status in July 1942. He remained in the reserve until 1964, when he left as a commander. The Navy honored Johnson by naming the third Zumwalt-class destroyer, DDG-1002, the USS Lyndon B. Johnson. 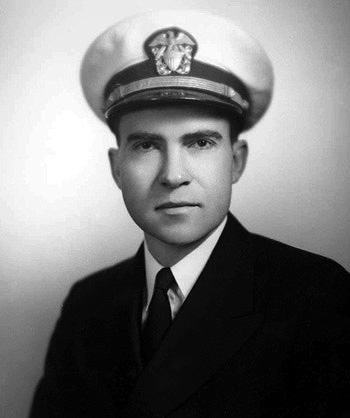 Richard Nixon: Nixon was commissioned as an officer in August 1942. After completing aviation indoctrination training, he served as aide to the executive officer at the Naval Reserve Aviation Base in Iowa until 1943, according to Veterans Tributes. Despite being a Quaker, he wanted to serve near combat zones. Nixon was assigned to serve as the officer in charge of the South Pacific Combat Air Transport Command at Guadalcanal and later at Green Island, where he supervised C-47 cargo operations until June 1944. In 1946, Nixon moved from active duty to the reserve, where he served in the Judge Advocate General’s Corps and eventually retired as a commander on June 1, 1966. 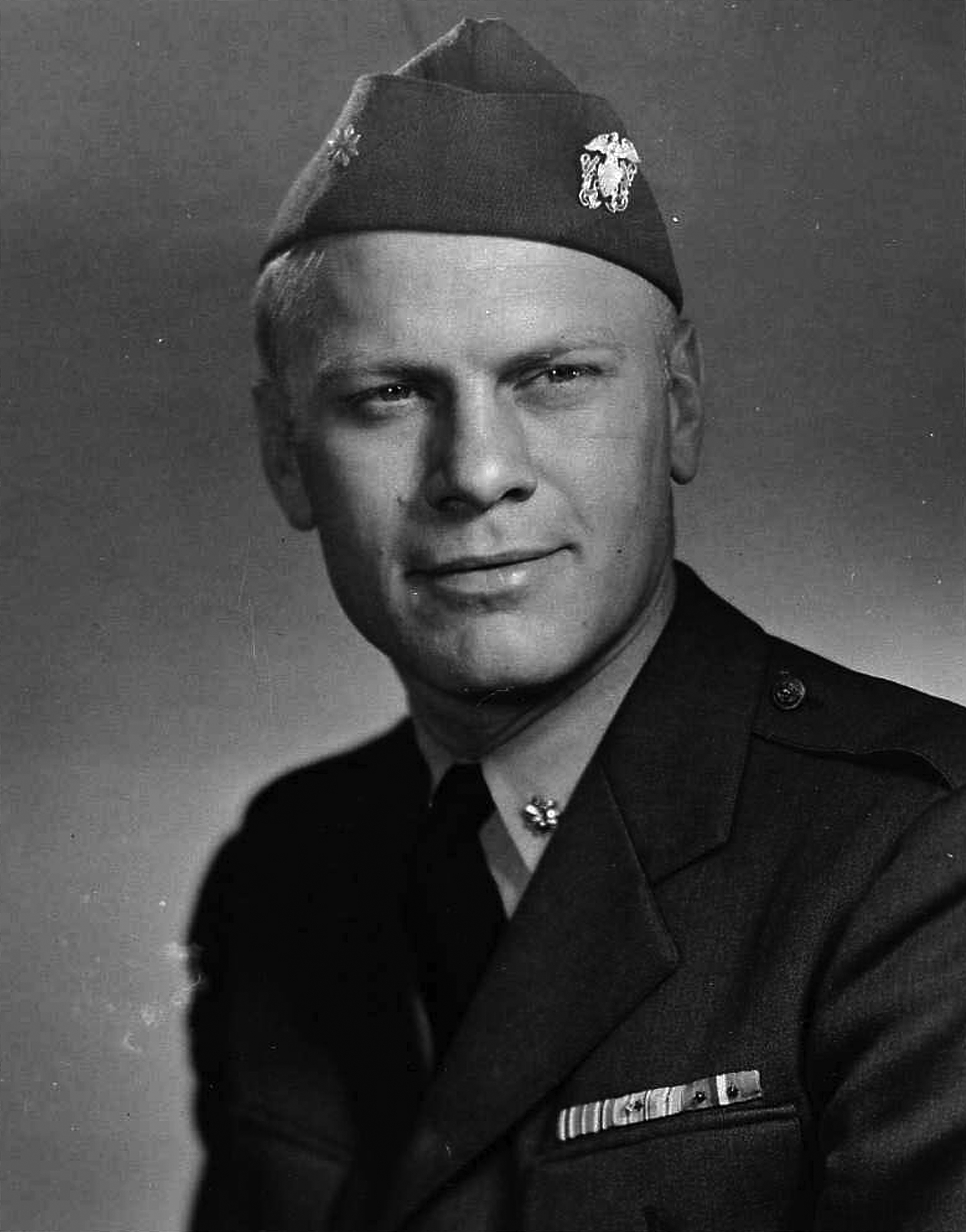 Gerald Ford: Ford decided to join the Navy Reserve after the attack on Pearl Harbor and was commissioned as an ensign in April 1942, according to the Gerald R. Ford Presidential Library and Museum. He became a physical fitness instructor at a pre-flight school in North Carolina, and the following spring he deployed on the light aircraft carrier USS Monterey (CVL-26) as the athletic director and gunnery division officer. He later became the assistant navigator on the carrier, which took part in many major South Pacific operations. Monterey had to be taken out of service after a December 1944 typhoon that nearly swept Ford overboard, and which caused severe damage and a fire on the ship. Ford spent the rest of the war ashore, and in 1946 he returned to reserve status as a lieutenant commander. He remained in the Navy Reserve until 1963. The Navy honored Ford by naming the first of the new class of aircraft carriers, CVN-78, the USS Gerald R. Ford. 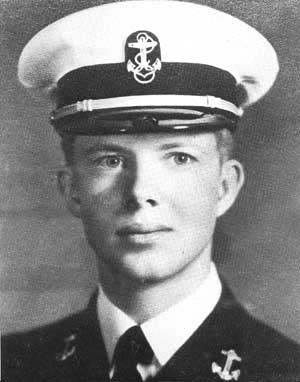 Jimmy Carter: Carter graduated from the U.S. Naval Academy in 1946 and served as a submariner in both the Atlantic and Pacific fleets, according to his biography at the Carter Center. He was chosen by Adm. Hyman Rickover to work on the nuclear submarine program, so he attended Union College for graduate school to learn about reactor technology and nuclear physics. Carter served as the senior officer of the pre-commissioning crew of USS Seawolf (SSN-575), the second nuclear submarine in the fleet. Despite his promising career in both nuclear propulsion engineering and instruction, Carter resigned his commission and transferred to the Navy Reserve in 1953 when his father got sick and passed away. He left the reserve in 1961 as a lieutenant, according to the Jimmy Carter Presidential Library and Museum. The Navy honored Carter by naming the third and final Seawolf-class submarine the USS Jimmy Carter (SSN-23). 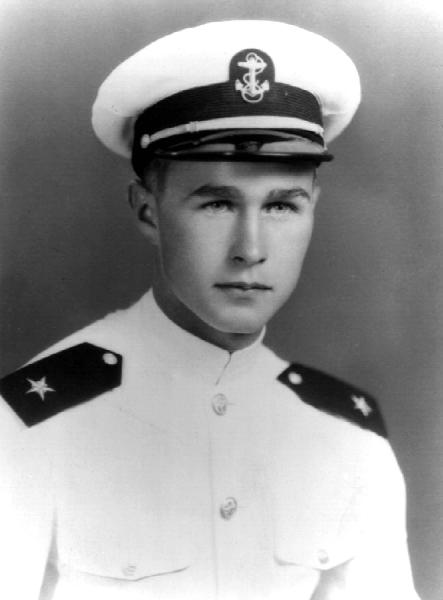 George H.W. Bush: Bush enlisted in the Navy on his 18th birthday in 1942. After a 10-month course, he earned a commission in the Navy Reserve, making him the Navy’s youngest pilot at that time. He flew 58 combat missions during World War II as a torpedo bomber, according to his White House biography. In September 1944 he was shot down by Japanese anti-aircraft fire and was rescued from the water by a U. S. submarine. Bush was later awarded the Distinguished Flying Cross for bravery in action. He remained on the submarine that rescued him for another month, helping rescue other downed pilots in the Pacific, according to the Naval History and Heritage Command. Eventually, Bush was reassigned to Norfolk to help train a new wing of torpedo pilots. He was supposed to reenter service in a newly stood up squadron, but when Japan surrendered, Bush was honorably released from active duty as a lieutenant in September 1945. He stayed in the reserve until 1955. The Navy honored Bush by naming the last of the Nimitz-class aircraft carriers the USS George H.W. Bush (CVN-77)