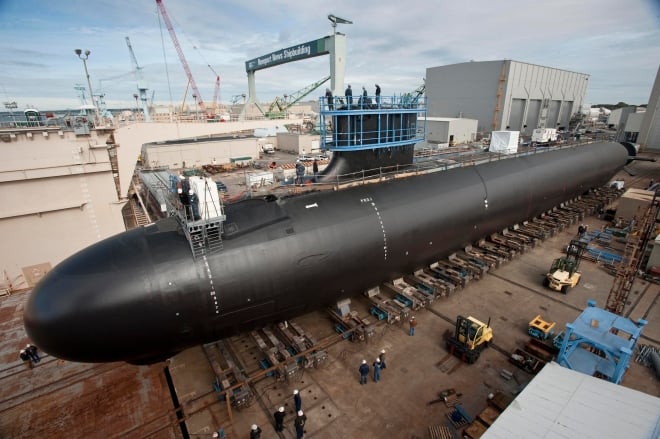 WASHINGTON, D.C. — The Navy is looking into the feasibility of accelerating design and development work on the Virginia Payload Module (VPM) in case the service decides to begin production earlier than the 2019 planned start, Navy acquisition chief Sean Stackley said Wednesday at a House Armed Services Committee (HASC) hearing.

The VPM will add 28 missile tubes to Block V Virginia-class attack submarines (SSN-774), to provide more strike capability from undersea as the fleet prepares to lose the Ohio-class SSGN guided missile submarine fleet in the mid-2020s. The Navy planned to start VPM construction in conjunction with the next Virginia-class multiyear contract in 2019, but Stackley said that the SSGNs represent a 600-missile capacity and that sooner is better when it comes to rebuilding that strike capacity.

Stackley told the HASC seapower and projection forces subcommittee that he had spoken to the Program Executive Office for Submarines and to the submarine industrial base “to take a look at, can we in fact complete those design and development activities earlier than the 2019 timeframe to give the Navy and the nation the option to determine whether or not we want to advance Virginia Payload Modules earlier than the submarine build cycle.”

“We’re looking at first, can we pull [design and development] to the left a year, and the other aspect is what would be our ability to increase the rate of production of VPMs beyond one per year, which is in our current long-range plan.,” Stackley later elaborated. “Affordability comes into play, industrial base capacity comes into play.”

He said the discussions were ongoing and he would know by March or April what the options were in terms of accelerating VPM progress, though subcommittee chairman Rep. Randy Forbes (R-Va.) pressed for the information sooner to help inform ongoing budget discussions in Congress.

The Navy decided in November 2013 that it would add a 70-foot section to the new-construction Virginia-class subs, and that section would include four Virginia Payload Tubes. Each tube would contain seven Tomahawk Land Attack Missiles (TLAM), bringing the submarine’s total load from 12 to 40 TLAMs. The VPM addition would be made beginning with the Block V version of the subs, which would be bought in the 2019 multiyear contract.

One problem the Navy and industry will face, however, is a sharp spike in workload by the end of the decade. Virginia-class submarine procurement is set at two-a-year, but General Dynamics Electric Boat and Newport News Shipbuilding are not currently delivering the subs that quickly. Even as the yards are ramping up to achieve two-a-year delivery, they will need to prepare for one-a-year – or more – VPM production in 2019 and Ohio-replacement ballistic missile submarine production in 2021, according to current Navy plans.

Stackley told reporters after the hearing that the Ohio-replacement was the top priority and needed to stay on schedule regardless of what happens. An ongoing Submarine Build Strategy is looking at what options the Navy and industry have to prepare for the steep uptick in work as the new programs head toward construction.