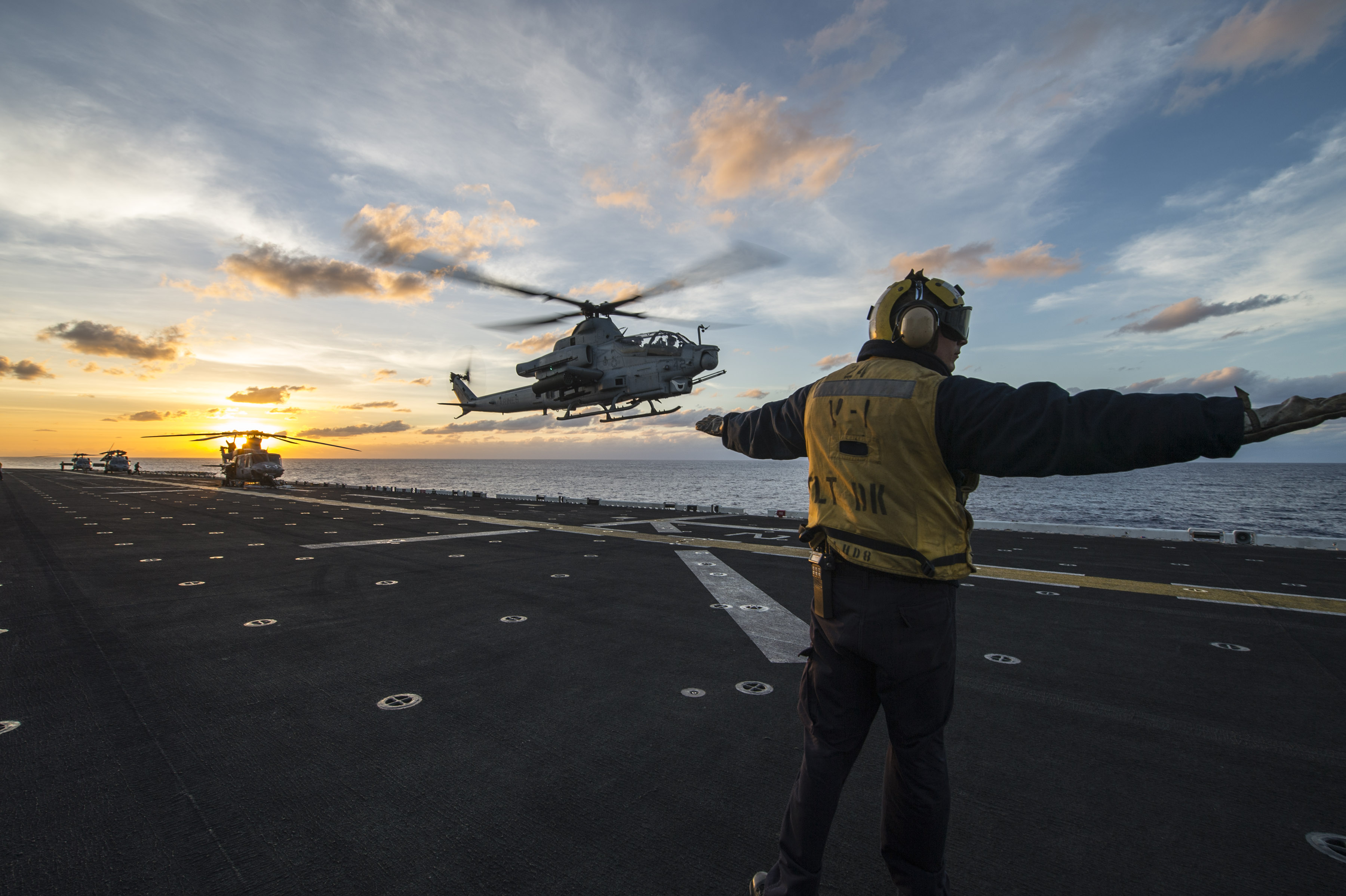 The Makin Island Amphibious Ready Group (ARG) and the embarked 11th Marine Expeditionary Unit (MEU) are scheduled to return to Naval Station San Diego, Calif. on Wednesday after a seven-month deployment to the U.S. 5th and 7th Fleet areas of operation that included airstrikes against Islamic State in Iraq and Syria (ISIS or ISIL) in Iraq, the Navy announced Monday.

The amphibious assault ship USS Makin Island (LHD-8) suffered a loss during the deployment, when a Marine was lost at sea after an incident with a MV-22 Osprey tilt-rotor. The aircraft lost power during takeoff, and two crewmen bailed from the back of the Osprey as it fell toward the water. The pilot was able to regain control of the aircraft and safely land on the Makin Island, and one crewman was safely recovered from the water, but Cpl. Jordan L. Spears, 21, was eventually declared lost at sea after a search by Navy, Marine Corps and Coast Guard assets failed to find him.

“We’ve had a very intense deployment that required us to execute multiple mission sets simultaneously for long periods of time. The superb professionalism and work ethic of all members of the ARG/MEU team ensured we met and exceeded the mark every time,” Capt. Steve McKone, commander of Amphibious Squadron (PHIBRON) 5, said in a Navy statement. “I know these sailors and Marines are excited to be home.”

“The sailors and Marines on this ship performed exceptionally well during this deployment,” Makin Island Commanding Officer Capt. Jon Rodgers said in the Navy statement.
“This deployment marked the first for more than 65 percent of the crew. The teamwork was exceptional.”