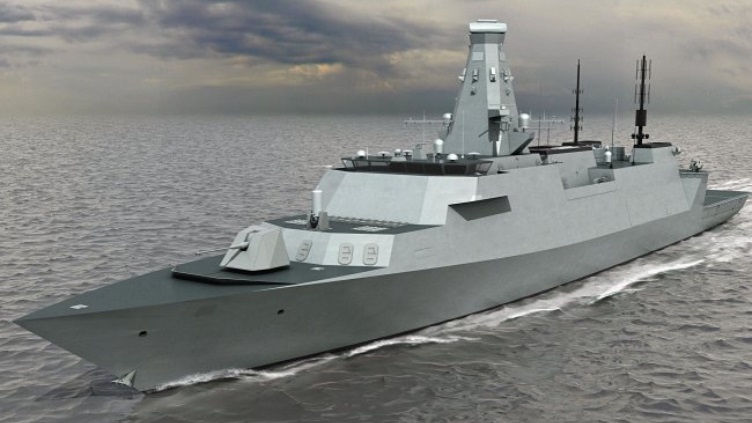 The U.K. Ministry of Defence (MoD) has awarded a $1.32 billion (£859 million) contract to BAE Systems to develop a new class of frigate for the Royal Navy, the MoD announced on Friday.

The contract will set the stage for the planned 2016 start of construction for 13 Type 26 Global Combat Ship — the planned replacement for the Royal Navy’s existing 1980s-desgined Duke Type 23 frigates, according to a statement from BAE.

“The new contract will include investment in essential long lead items for the ships, shore testing facilities,” read the MoD statement.
“There will also be investment in key equipment for the first three ships – such as gas turbines, diesel generators and steering gear – allowing suppliers to plan, invest and secure their workforce on the project.”

The Type 26s are anticipated to be primary ship in the Royal Navy’s surface fleet as the class begins to come online starting in the 2020s.

The design of the 5,500-ton large frigate-sized ships are significantly larger than the 3,600-ton Type 23s and eight will be optimized for anti-submarine warfare (ASW), according to U.S. Naval Institute’s Combat Fleets of the World.

The ships will field a vertical launch system for surface to surface and land attack missiles, a BAE 997 Artisan 3-D air surface search radar and have a crew of about 130 sailors.

The ships will likely be built in Glasgow, Scotland.

“This is a substantial investment in our shipbuilding industry, safeguarding the jobs of 600 workers in Scotland and many more across the U.K.,” read a statement from U.K. Prime Minister David Cameron.