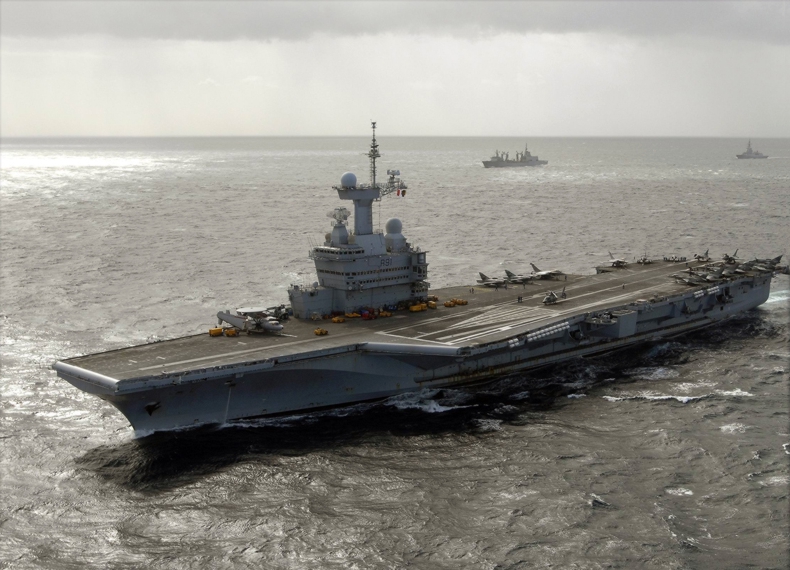 The ship entered crossed the Strait of Hormuz and entered the region on Feb. 15 after completing operations in the Gulf of Aden and is set to join USS Carl Vinson (CVN-70) in conducting airstrikes.

“They’re in the [Persian] Gulf,” a spokesman for Operation Inherent Resolve (OIR) told USNI News on Friday.
“They haven’t gone operational yet but they probably will soon.”

French president François Hollande announced the mission on Jan. 14, a week after the attacks in Paris on the offices of satirical magazine Charlie Hebdo.

During his remarks in Toulon, Hollande said the attacks, “justifies the presence of our aircraft carrier.”

French aircraft were among the first to join the U.S. in strikes on ISIS in Iraq and Syria under Operation Chammal, the country’s contribution to OIR.

Charles de Gaulle is the flagship of Task Force 473, the French battle group that sailed from Toulon in January. The force includes 7,050 Forbin-class guided missile destroyer Chevalier Paul (D621) and at least one French nuclear attack submarine and a fleet oiler, according to a Thursday report from French newspaper, Le Figaro . 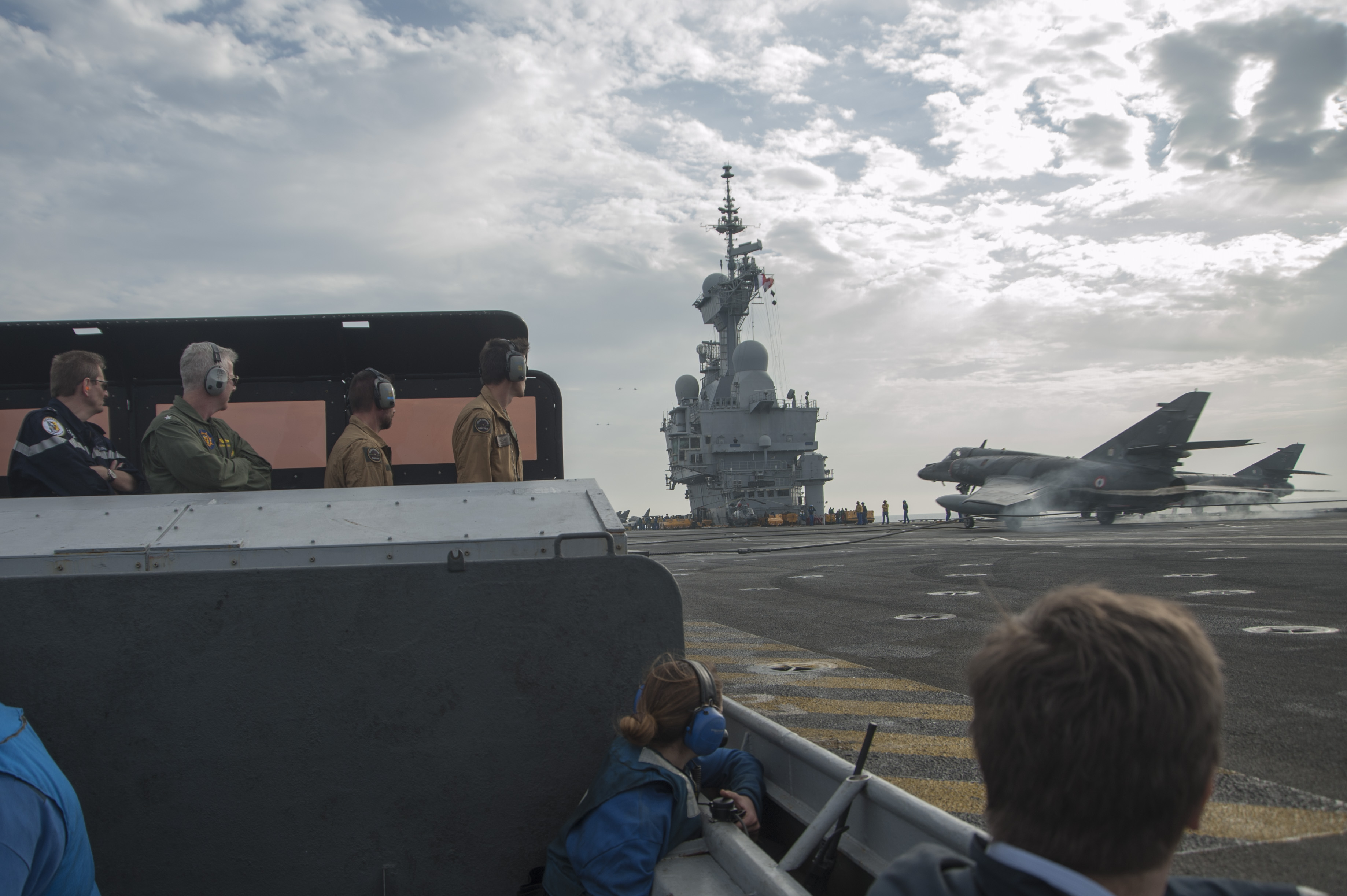 “Charles de Gaulle ‘s embarked air assets include two squadrons of fighter aircraft: 11F (or flotille) with the Dassault Rafale M aircraft, and 17F with the Dassault Super Etendard Modernisé (SEM),” according to a report in Jane’s Defence Weekly. 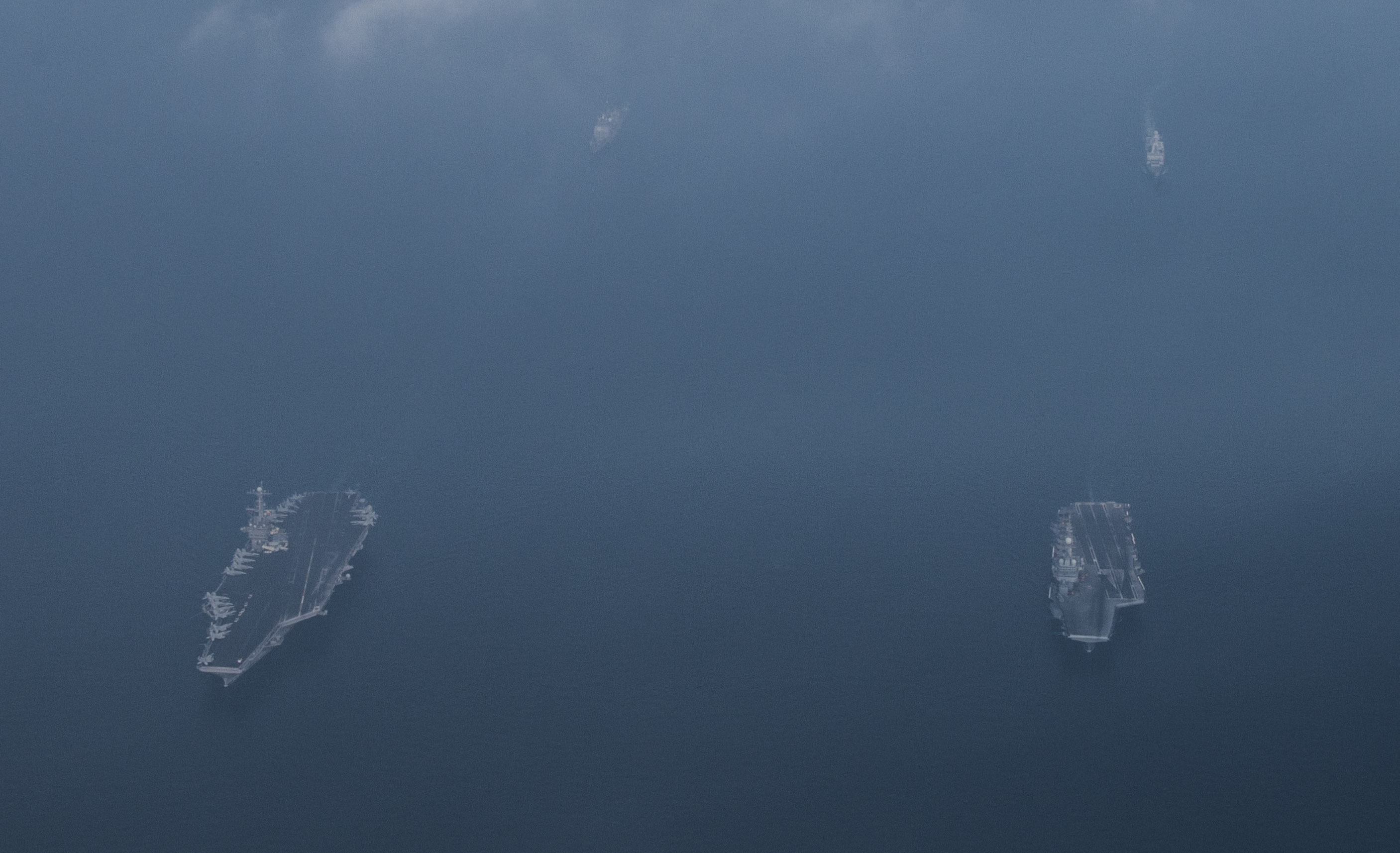 Prior to moving to the Persian Gulf, the carrier had conducted close air support and “Tactical Recovery of Aircraft and Personnel exercise and medical evacuation training” with elements of the 24th Marine Expeditionary Unit (MEU) embarked on USS Iwo Jima (LHD-7) Amphibious Ready Group (ARG) from Jan. 31 to Feb. 4 in Djibouti, according to a release from the U.S. Department of Defense.

“Working with the French made me go in with a different mindset,” Marine Cpl. Nathan P. Sangphim with 24th said in the Wednesday release.
“I felt as if it was more of a realistic scenario.”