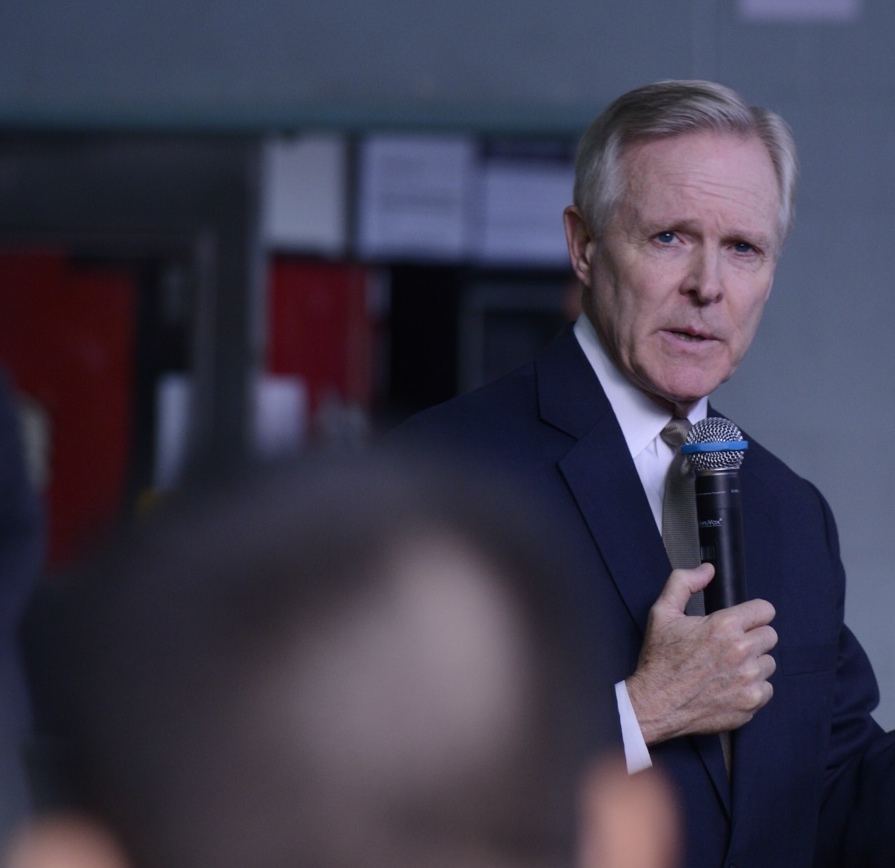 Secretary of the Navy Ray Mabus speaks with Sailors and Marines assigned to US Forces Korea on Dec. 9, 2014. US Navy Photo

Three current U.S. Navy admirals have received letters of censure from Secretary of the Navy Ray Mabus as part of a wide ranging Department of Justice investigation into illegal practices between naval officers and the Glenn Defense Marine Asia company – the so-called “Fat Leonard” Investigation, the service announced late Tuesday.

The censures are based on conduct in a period from 2006 to 2007 that didn’t rise to the level of a crime but were violations of the Navy’s own ethical standards as determined by Mabus based on a recommendation from an appointed Consolidated Disposition Authority (CDA), a Navy official told USNI News on Tuesday. 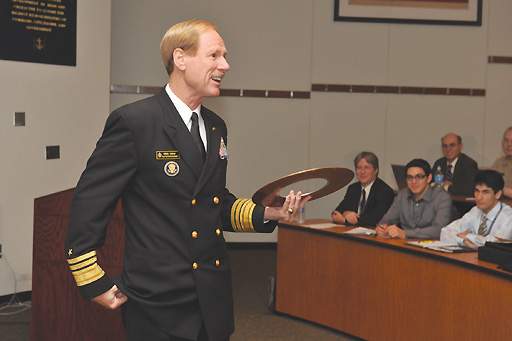 Rear Adm. Michael Miller during his tenure as the Superintendent of the US Naval Academy. US Navy Photo

The CDA – Adm. John Richardson, head of Naval Reactors – was appointed in March, “to ensure that individuals are held appropriately accountable when less than criminal allegations are substantiated,” according to the service.

In other words, Richardson was responsible to investigate those the DoJ did not have enough criminal evidence to prosecute and give his findings to Mabus.

“After reviewing the findings and recommendations of the CDA, I decided that these three officers, whose actions were revealed during the GDMA investigation demonstrated poor judgment and a failure of leadership in prior tours,” Mabus said in a Navy statement.

In these cases, it meant actions like accepting a model of a ship from Glenn Marine and “dinners that were too expensive,” the official told USNI News. 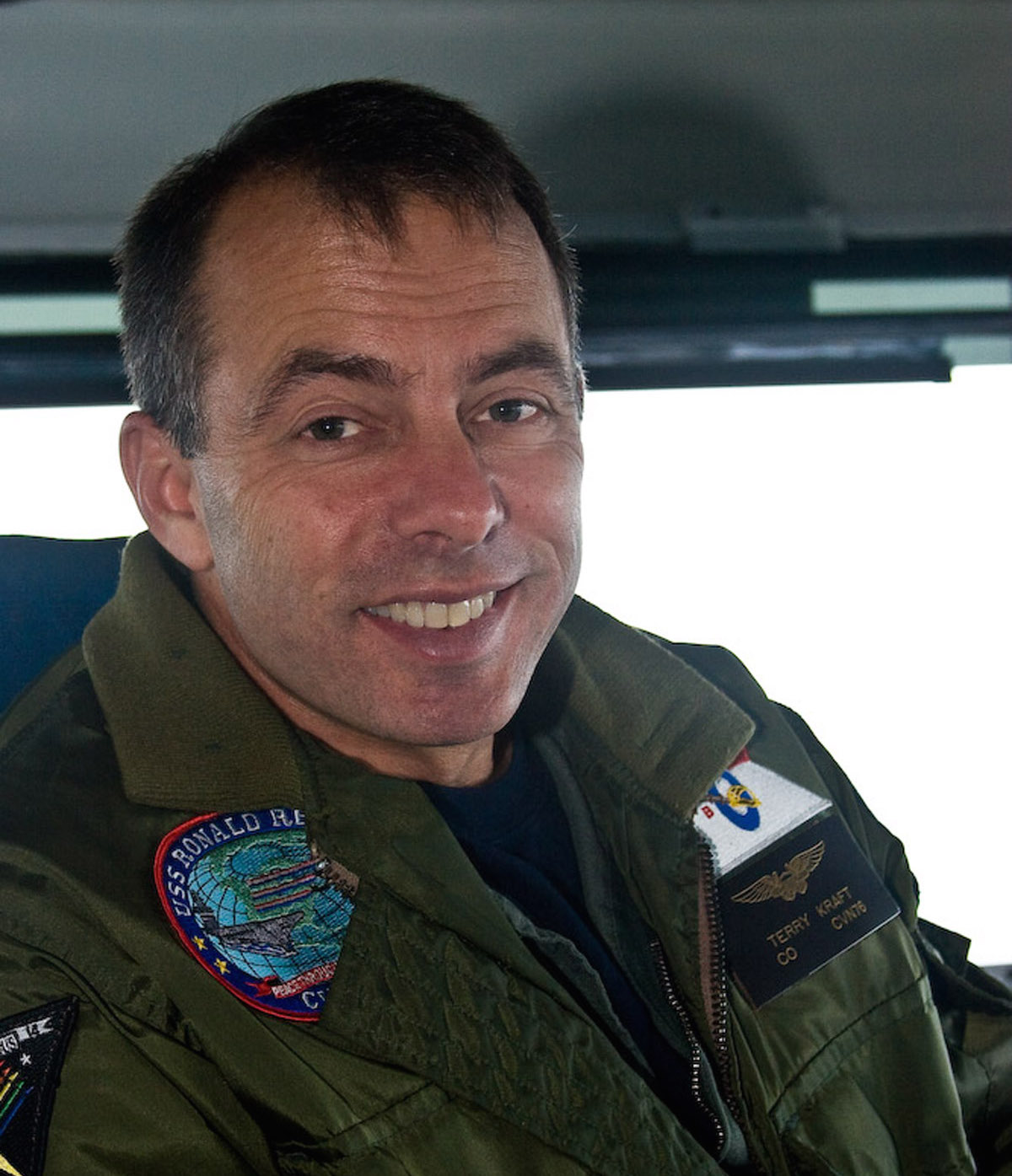 The DoJ is scrutinizing about a ten-year period in which Glenn Marine was contracted by the Navy across the Pacific to provide services like tugs and pilots into ports, docking and goods like fuel and food.

Glenn Marine owner, Leonard “Fat Leonard” Francis, is currently in federal custody and has admitted to instances of bribery and corruption to secure the contracts to provide services for U.S. Navy ships.

The announcement of the censure comes days after an extensive Defense News report outlining how the investigation has stalled transitions for dozens of flag-level positions throughout the service. 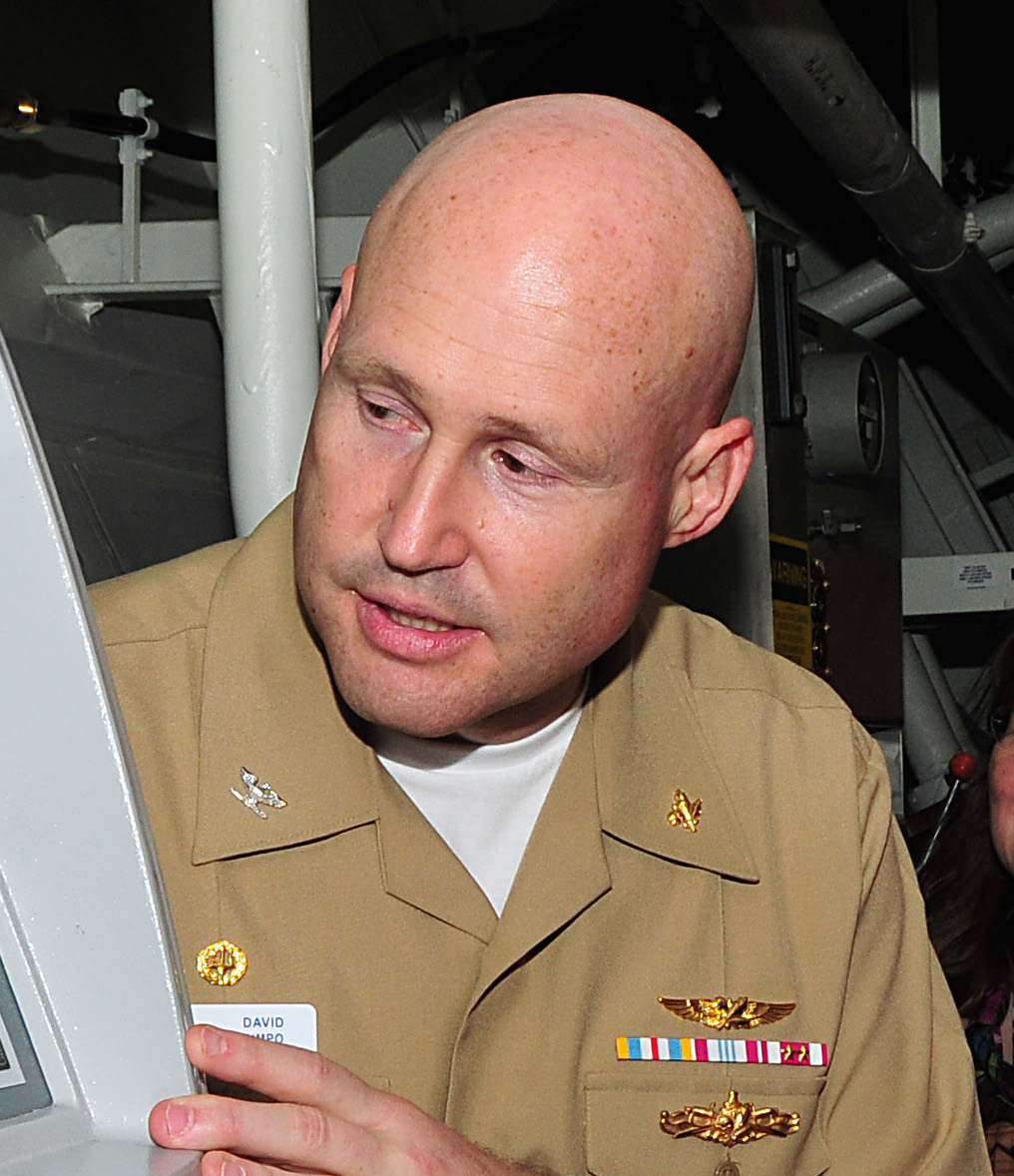 “Until investigations by the [DoJ] and the Navy are concluded, however, none of the officers under scrutiny can move on — either to resume their jobs or take up new ones,” reported Defense News.
“Their replacements can’t take over, either.”

Others caught up in the investigation – like director of naval intelligence Vice Adm. Ted Branch and Navy director of intelligence operations Rear Adm. Bruce Loveless – have had their access to classified information suspended pending its outcome.

For the censured, the letters could affect their final pay grade upon retirement – for which all three have applied.

When asked by USNI News if there were more letters of censure in the works for Naval officers, the official responded with: “That’s fair to say.”

The following is the complete Feb. 10, 2015 statement from the U.S. Navy on the censure.

By Secretary of the Navy Public Affairs

WASHINGTON (NNS) — Secretary of the Navy Ray Mabus has issued Secretarial Letters of Censure to three senior officers following a thorough review into their interactions with Glenn Defense Marine Asia (GDMA) in the 2006-2007 timeframe. GDMA is the subject of a federal fraud and bribery investigation which was initiated by the Naval Criminal Investigative Service (NCIS).

Mabus directed the appointment of a Consolidated Disposition Authority in March 2014 to act as an independent authority to review GDMA cases forwarded by the Department of Justice to the Navy for administrative action. The purpose of the CDA, in this case headed by Admiral John Richardson, is to ensure that individuals are held appropriately accountable when less than criminal allegations are substantiated.

“All Navy officers, particularly our senior leadership in positions of unique trust and responsibility, must uphold and be held to the highest standards of personal and professional behavior. After reviewing the findings and recommendations of the CDA, I decided that these three officers, whose actions were revealed during the GDMA investigation demonstrated poor judgment and a failure of leadership in prior tours,” said Mabus.

To document their leadership failure, Mabus issued Secretarial Letters of Censure to:

“Censure was both necessary and appropriate,” said Mabus. “I have now received the retirement requests of all three officers, and we will process them appropriately.”

These three officers were found to have improperly accepted gifts from a prohibited source, two were found to have improperly endorsed a commercial business, and one engaged in solicitation of gifts and services from a prohibited source, when they were deployed to the Seventh Fleet area of responsibility during the 2006-2007 timeframe.

The review concluded that these officers violated the Standards of Ethical Conduct, U.S. Navy Regulations, and/or the Joint Ethics Regulation, demonstrating poor judgment and a failure of leadership. More specifically, the review concluded that the solicitation and acceptance of these gifts as well as the inappropriately familiar relationship with Mr. Leonard Glenn Francis, President and Chief Executive Officer of GDMA, cultivated an unacceptable ethical climate within the respective commands.

The GDMA investigation continues by NCIS and the Defense Criminal Investigative Service (DCIS). The United States Attorney’s Office for the Southern District of California in San Diego and the Department of Justice Criminal Division in Washington, D.C. are leading the prosecution. It is anticipated that they will refer additional cases to the Navy for review and disposition. The Navy will review these matters and take appropriate action. The time of completion is unknown, but it is expected that this process will continue for some time.