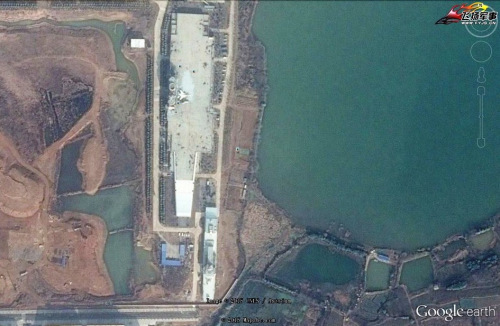 China has made several additions to its so-called carrier-on-land facility, including a mock-up of the People’s Liberation Army Navy’s (PLAN) planned next generation guided missile destroyer, according to recent satellite imagery.

The January pictures show the mock-up of the planned Type-55 guided missile destroyer – that will likely be a test bed for a new radar system – has been completed as well as the addition to unknown building on the grounds.

The Type-55 mock-up in Wuhan, first reported last year, is thought to be China’s answer to a lack of anti-air warfare capability in its current guided missile fleet. Reports indicate China may have already begun construction on the first ship in the class. 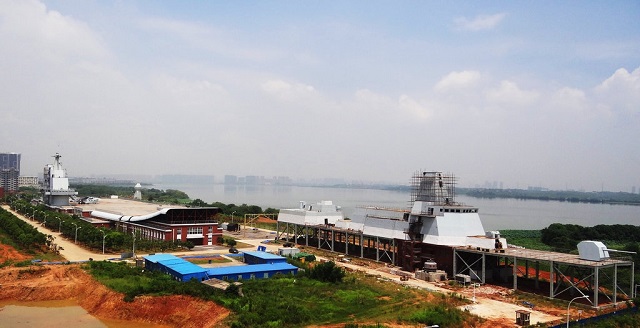 An undated image of the Type-55 mock-up under construction.

Both mock-ups at the China Ship Design and Research Center, or 701 Institute of the China Shipbuilding Industry Corporation (CSIC) at the Wuhan University of Science and Technology, according to Jane’s. The sites are almost certainly test sites for new Chinese radar capabilities, like the so-called U.S. “cruiser in the cornfield,” SPY-1D radar facility at the Vice Adm. James H. Doyle Combat Systems Engineering Development Site in New Jersey.

The carrier-on-land itself – widely known since 2009 – made a stir this month in China after new Google Earth pictures made the rounds on domestic online networks, prompting a response from the PLA-backed China Military Online.

“China’s ‘carrier on land’ recently exposed by the Google earth photo is not new. The only difference is that a suspected model of 055 is added,” read a posting last week.
“The media of western countries had also mistaken a cement carrier located in the suburb of Shanghai for a ‘carrier on land’ with military use. Actually, it was a military theme park.”