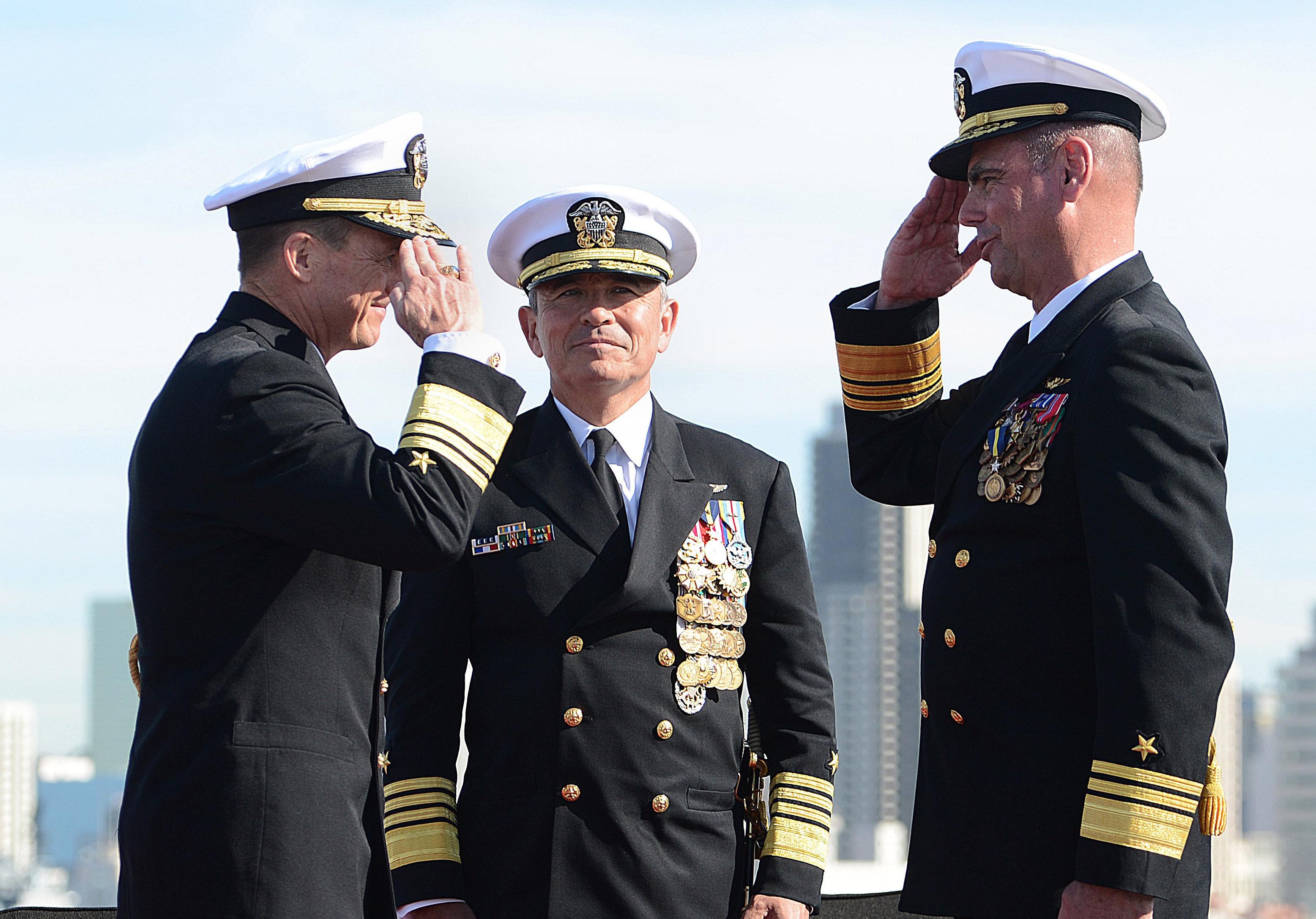 Shoemaker was previously the commander of Naval Air Forces Atlantic (AIRLANT) and replaced retiring Vice Adm. David Buss. Buss had served in the position since late 2012.

In his address, Shoemaker acknowledged the demand the U.S. geographical Combatant Commander had from the service’s carrier strike groups.

“The challenge that lies ahead of us is how we continue to sustain the capacity to generate those forces, and ensure they are going forward with the right capabilities to operate where needed … all in a fiscal environment characterized by ever-increasing uncertainty,” he said.

He is a 1982 graduate of the U.S. Naval Academy and of the Joint Forces Staff College.