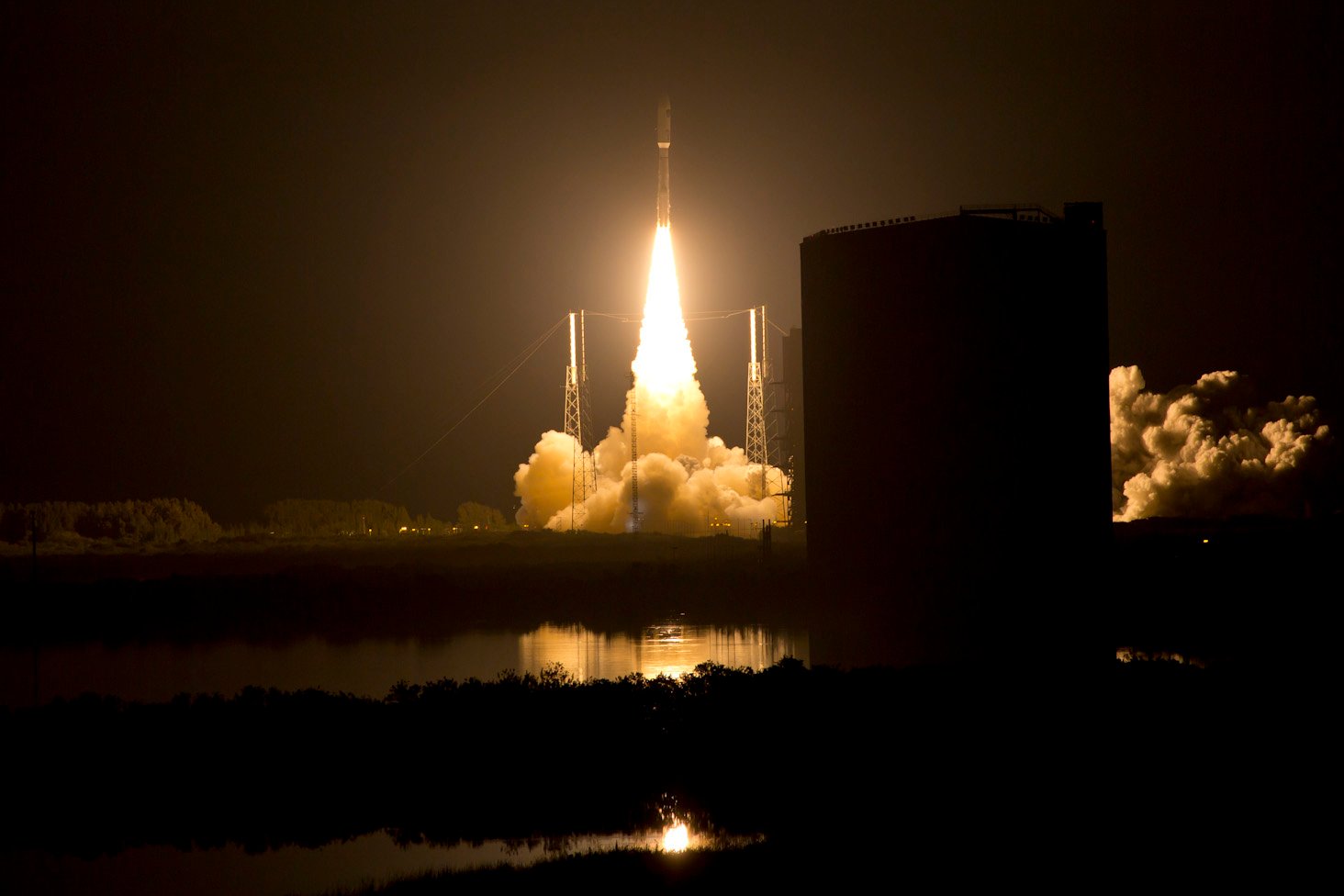 A Navy next generation communication satellite successfully rode an Atlas V rocket into orbit from Cape Canaveral Air Force Station, Fla. on Tuesday, according to the service.

The Lockheed Martin Mobile User Objective System (MUOS) satellite is the third of a planned constellation of five that promises to bring high-speed voice and data communications to the U.S. military.

“MUOS-3 launched at 8:04 p.m. EST aboard a United Launch Alliance Atlas V rocket and will transition over the next nine days to reach its geosynchronous orbit location 22,000 miles above the Earth,” read a press release from Lockheed Martin.
“The solar arrays and antennas will then be deployed, and on-orbit testing will start for subsequent turn-over to the Navy for test and commissioning to service.”