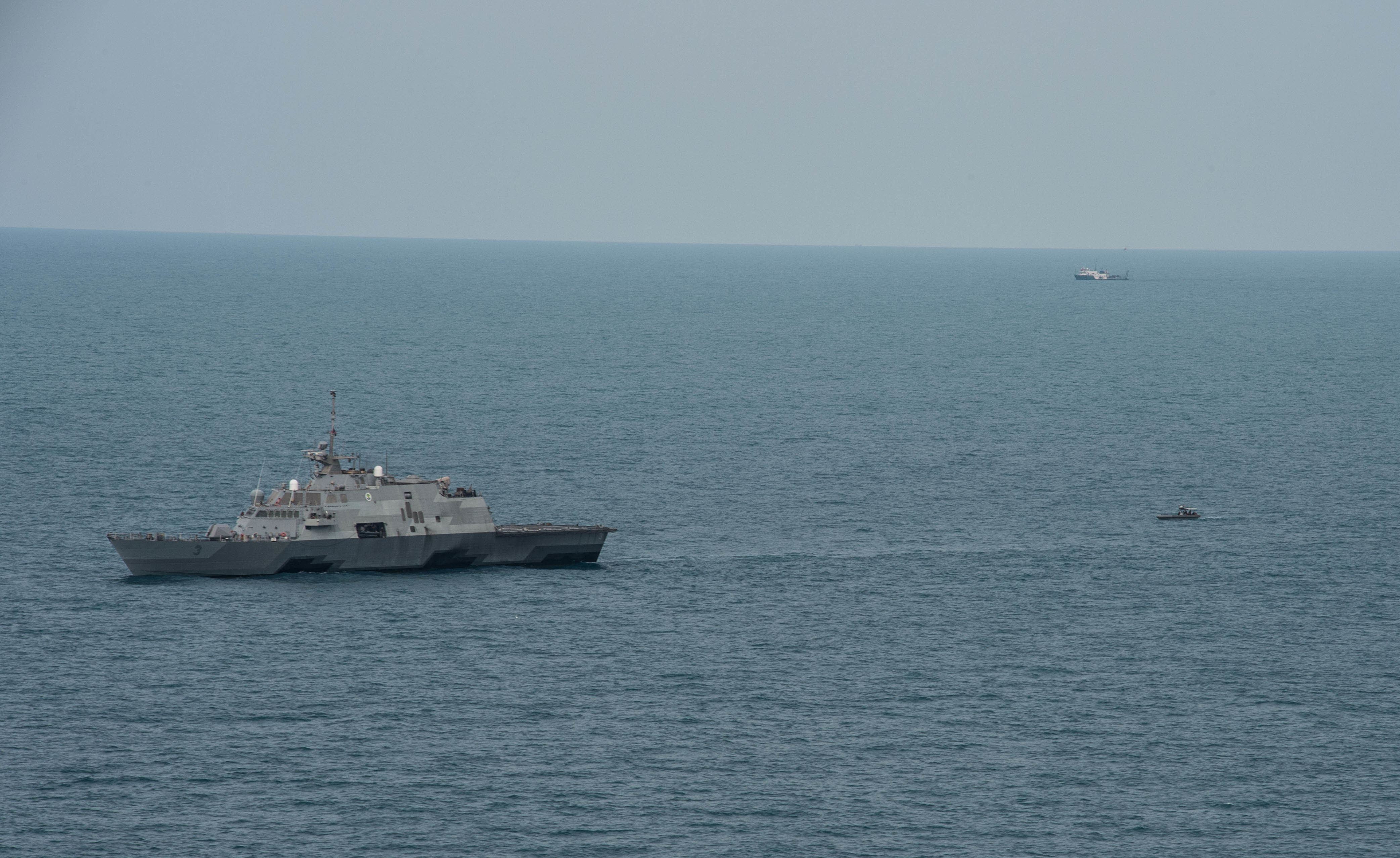 CRYSTAL CITY, VA. – The modified Littoral Combat Ship (LCS) class will be designated as frigates, Secretary of the Navy Ray Mabus announced on Thursday at the Surface Navy Association 2015 symposium on Thursday.

The name change follows the December decision by the Navy to up gun the existing LCS classes for the last 20 of the service’s 52 small surface combatant requirement as part of an almost year-long study directed by the Office of Secretary of Defense (OSD).

“One of the requirements of the Small Surface Combatant Task Force was to have a ship with frigate-like capabilities. Well, if it’s like a frigate, Let’s call it a frigate?” Mabus said.
“We are going to change the hull designation of the LCS class ships to FF. It will still be the same ship, the same program of record, just with an appropriate and traditional name.”

As the existing Flight 0 LCS are modified and back fitted with additional capabilities, they could earn the FF label, he said.

Mabus said the name change came after consultation with Navy leadership, including Sean Stackley, Assistant Secretary of the Navy for Research, Development & Acquisition (RDA). Mabus said he often had confusing conversations about the LCS ship class.

The FF designation for the LCS will be the first of a planned set of nomenclature changes for other ships classes as well that will come in the coming weeks, Mabus said.

He mentioned the Afloat Forward Staging Base (AFSB), the Mobile Landing Platform and the Joint High Speed Vessel (JHSV) in his remarks.

As for the now 20 ships in the new frigate class, the up gunned LCS variants are moving forward are set to be acquired starting in Fiscal Year 2019, will add about $50 to 60 million in weapons, sensors and armor to beef up the existing Flight 0 Austal USA Independence and Lockheed Martin Freedom class designs which are now being built for about $500 million a hull on average.

Navy leaders have highlighted the new ships will have an emphasis on anti-surface warfare and anti-submarine warfare borrowing some of the modularity of the Flight 0 LCS designs.

The Navy is set to deliver an acquisition strategy to the Office of Secretary of Defense (OSD) in May and an analysis if some of the modifications can be back fit on to the existing LCS designs.