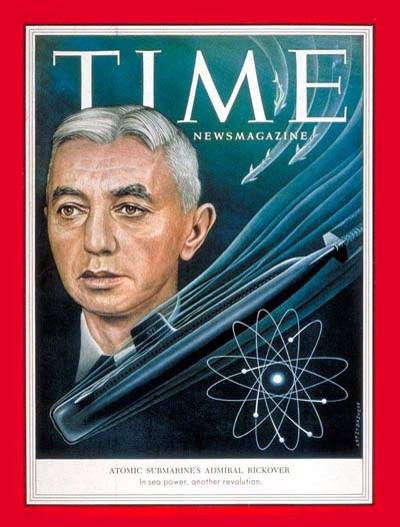 Secretary of the Navy Ray Mabus will name the fifth Block IV Virginia-class nuclear attack boat (SSN-774) after the father of the nuclear submarine — Adm. Hyman Rickover, according to a Friday announcement from the Department of Defense.

USS Hyman G. Rickover (SSN-795) will be the second Virginia boat to break with naming the class after states. Block III boat John Warner (SSN-785) is scheduled to deliver to the service next year.

The following is the complete Jan. 9, 2015 announcement from the Department of Defense.

Virginia-class submarines provide the Navy with the capabilities required to maintain the nation’s undersea supremacy well into the 21st century. They have enhanced stealth, sophisticated surveillance capabilities, and special warfare enhancements that enable them to meet the Navy’s multi-mission requirements.

Virginia-class submarines have the capability to attack targets ashore with highly accurate Tomahawk cruise missiles and conduct covert long-term surveillance of land areas, littoral waters or other sea-based forces. Other missions include anti-submarine and anti-ship warfare; mine delivery and minefield mapping. They are also designed for special-forces delivery and support.

Each Virginia-class submarine is 7,800 tons and 377 feet in length, has a beam of 34 feet, and can operate at more than 25 knots submerged. It is designed with a reactor plant that will not require refueling during the planned life of the ship, reducing lifecycle costs while increasing underway time.