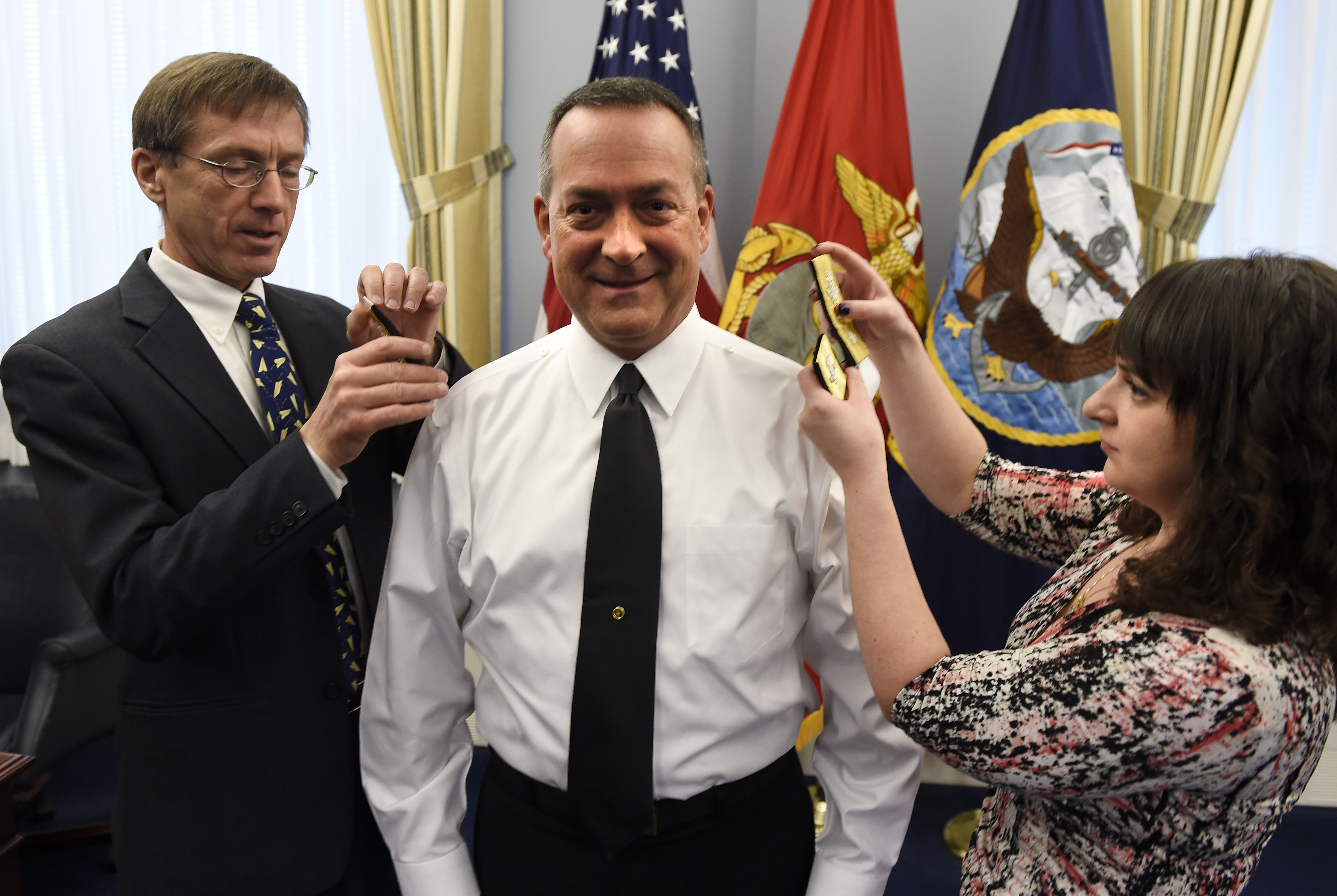 Rear Adm. Mat Winter took command of ONR as the Chief of Naval Research on Dec. 30 after leading the Navy’s unmanned aerial systems development effort at NAVAIR that included the first successful carrier landing of a fixed-wing unmanned aerial vehicle (UAV) and the tumultuous development of the Unmanned Carrier Launched Airborne Surveillance and Strike — UCLASS.

“As the next Chief of Naval Research, I look forward to leading the ONR team in stretching the limits of physics and discovering the next generation of breakthrough technologies to ensure a dominant, capable and relevant naval force for the future,” Winter said in an ONR statement.

Winter is a career Naval Flight Officer with several tours as an A-6E Intruder Bombardier/Navigator.

He is a 1984 graduate of Notre Dame and has degrees from the Naval Postgraduate School and another the National Defense University’s Industrial College of the Armed Forces, according to his official Navy biography.

Klunder is retiring after three years as the head of ONR and 32 years in the Navy.