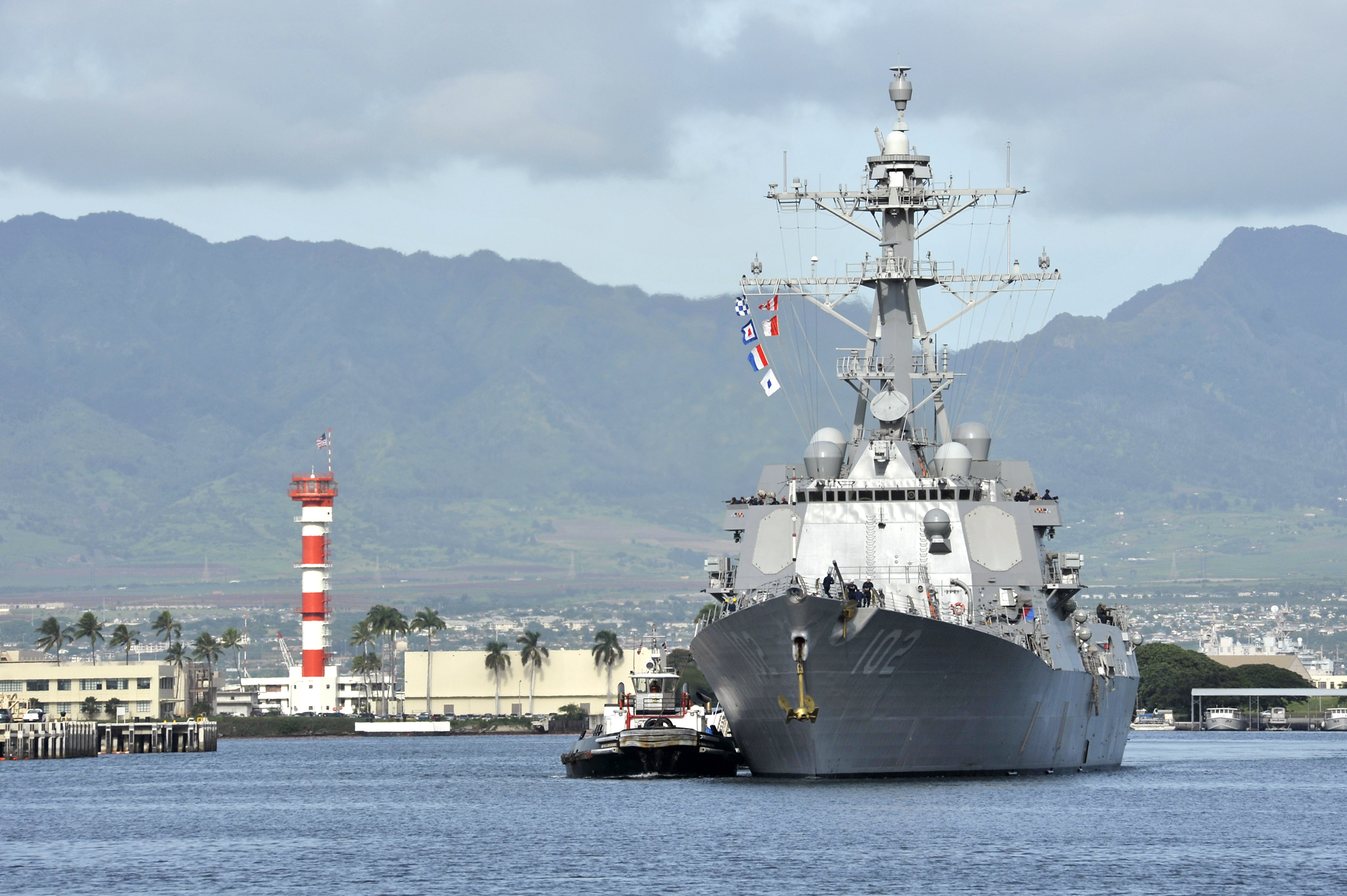 The guided missile destroyer the U.S. sent to help search for a missing Air Asia flight has discovered debris from the plane, according to the service.

Navy said USS Sampson (DDG-102) arrived on station it found debris that could be from the missing Air Asia Flight QZ8501 earlier on Wednesday.

“Sampson arrived on station in the Java Sea in the early afternoon on Dec. 30 and began assisting in the search,” according to a statement from the service.
“The ship’s MH-60R search and rescue helicopters were launched to assist in the search efforts and the crews, working with multiple Indonesian assets, discovered debris late on the 30th.”

The service said the debris would be examined by Indonesian officials to see if it originated from the downed airliner.

“The Indonesian government and Indonesian Rescue Coordination Center have done an outstanding job in very quickly organizing this multi-national search effort,” said Capt. Christopher Budde, operations director for U.S. 7th Fleet in a statement.
“We are preparing additional equipment and assets in case the Indonesian government requests them, but they are doing a tremendous job and additional U.S. Navy assistance may be more than they require.”

The destroyer was tasked at the request of Indonesia to the U.S. government. The Littoral Combat Ship USS Fort Worth (LCS-3) has also been prepped to join the search, if requested.

Debris and bodies from the aircraft have been found in the Java Sea and some press reports have said officials have a probable location for the downed airliner but poor weather is hampering the search.