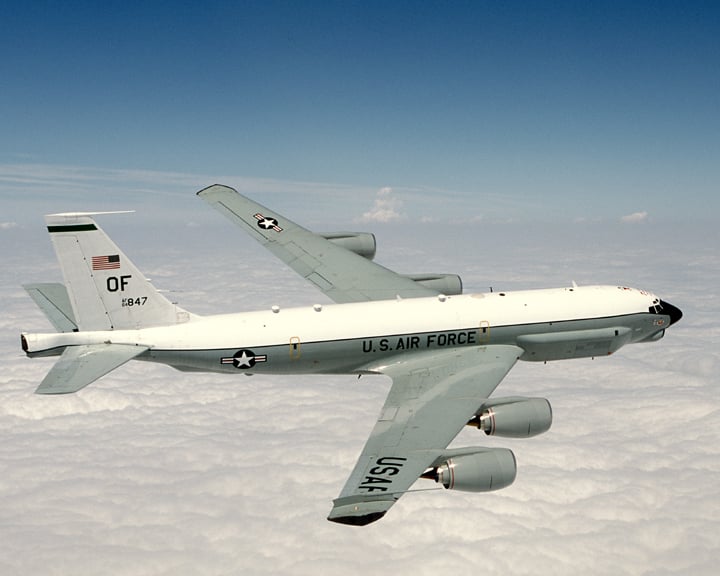 Col. Gen. Viktor Bondarev (colonel general is equivalent to a three-star U.S. lieutenant general rank), commander-in-chief- of the Russian Air Force, said there has been a dramatic uptick in the flights by U.S. Air Force aircraft.

Bondarev said NATO surveillance flights over the Baltic Sea and the Barents Sea have grown to eight to 12 a week and NATO tactical air flights (fighters) have doubled from 2013 to about 3,000 flights.

He also said NATO flights of maritime surveillance aircraft have increased over the Russian exclave of Kaliningrad.

Russian air activity is also at a recent high.

As of October, NATO has had more than 100 intercepts of Russian aircraft in 2014 — three times higher than 2013, U.S. defense official told USNI News at the time.

The Boeing RC-135 — based on the C-135 Stratolifter — specializes in signals intelligence (SIGINT) and is used by the U.S. military to capture and store electromagnetic information like radio signals and radar emissions and passed to U.S. intelligence analysts for further study.

Two of the aircraft have had dangerously close encounters with Russian aircraft this year.

In July over the Baltic Sea, Russian fighters approached a RC-135V/W Rivet Joint in what the Pentagon claimed was international airspace. The “attempted encounter,” led U.S. European Command (EUCOM) examined its procedures after the Rivet Joint diverted into Swedish airspace to avoid the fighters.

In June over the Sea of Okhotsk in the Pacific, a RC-135 almost collided with a Su-27 fighter in an action the Pentagon called, “unprofessional.”