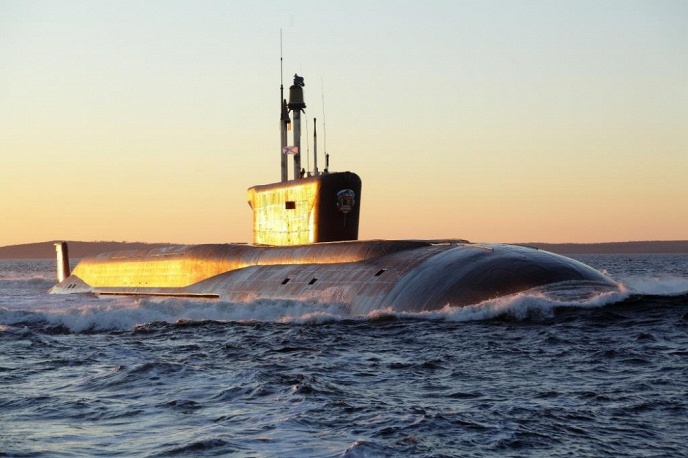 The Russian Navy has accepted its third Project 955 Borei-class nuclear ballistic missile submarine (SSBN) ahead of a formal ceremony next week, according to Russian press reports.

Russian officials signed a letter of acceptance on Wednesday at the Sevmash shipyard for Vladimir Monomakh (K-551) SSBN, reported the TASS wire service.

The Russian Navy will hoist their naval ensign on Dec. 19 in a tradition similar to the U.S. Navy’s ship commissioning ceremony.

The next SSBN in the class — Knyaz Vladimir — is designated as a Project 955A Borei II and could be capable of fielding up to 20 Bulavas and is currently under construction, according to Naval Institute’s Combat Fleets of the World.

The Russian Navy is also in the midst of modernizing its nuclear attacks boats.

The 13,800-ton Severodvinsk had been under construction since 1993 at the Sevmash yard, the first in an expected eight boats.