PENTAGON — The U.S. Navy has declared an experimental laser weapon on its Afloat Forward Staging Base (AFSB) in the Persian Gulf an operational asset and U.S. Central Command has given permission for the commander of the ship to defend itself with the weapon, the head of the Office of Naval Research (ONR) told reporters on Wednesday.

The 30 kilowatt Laser Weapon System (LaWS) was installed aboard USS Ponce this summer as part of a $40 million research and development effort from ONR and Naval Sea Systems Command (NAVSEA) to test the viability of directed energy weapons in an operational environment, said ONR Rear Adm. Matthew Klunder.

“The captain of that ship has all of the authorities necessary if there was a threat inbound to that ship to protect our sailors and Marines [and] we would defend that ship with that laser system,” Klunder said.
“It would be [used] against those [unmanned aerial vehicles], slow moving helicopters, fast patrol craft.”

As part of the development program, the Navy developed rules of engagement (ROE) for the use of the laser weapon in a year of negotiations with Pentagon leadership, Klunder said.

“At the end of the day it came right out from the [Chairman of the Joint Chiefs of Staff] and the [Secretary of Defense] notebook and we were approved and CENTCOM has the responsibility and given the authority to the skipper of that ship,” he said.

ONR showed off a video in which the LaWS system — mounted on the ship’s super structure above the bridge — disabled a small Scan Eagle-sized UAV, detonated a rocket propelled grenade (RPG) and burned out the engine of a rigid hull inflatable boat (RHIB).

Klunder did not give details on the ROE or the ranges of LaWS but did say that humans were not a target of the weapon, under stipulations of the Geneva Conventions which he did not detail.

He did say that the Navy has tested LaWS against a simulated small boat so-called swarm attack and that the system was effective.

LaWS is composed in part of commercial laser components and proprietary Navy software that allow the weapon to achieve up to 35 percent level of efficiency relative to the power pumped through the system — a higher than average rate compared to other lasers. 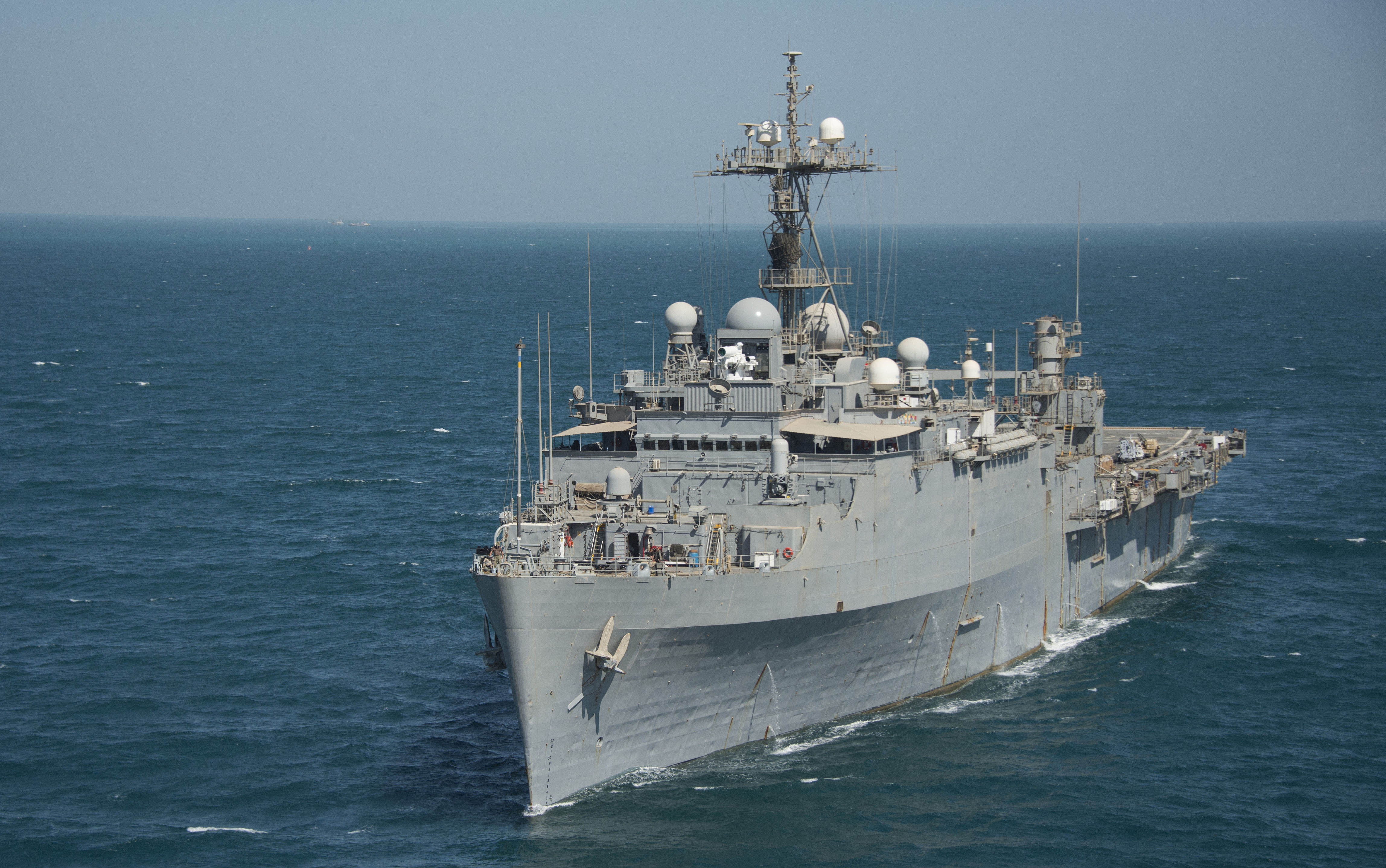 The system is powered and cooled by a so-called “skid” that provides power through a diesel generator and is separate from Ponce’s electrical systems.

LaWS is tied to the ship’s navigation radar and the close-in weapon system (CIWS) and is also able to be targeted independently by sailors on the ship through a station in Ponce’s combat information center (CIC).

In addition to the offensive power, LaWS has proved useful as a surveillance tool due to its powerful optics that can detect objects at “tactically significant ranges” like a shipboard “Hubble Telescope,” Klunder said.

The Navy plans to keep LaWS onboard Ponce for a year and is examining deployments on other ships.