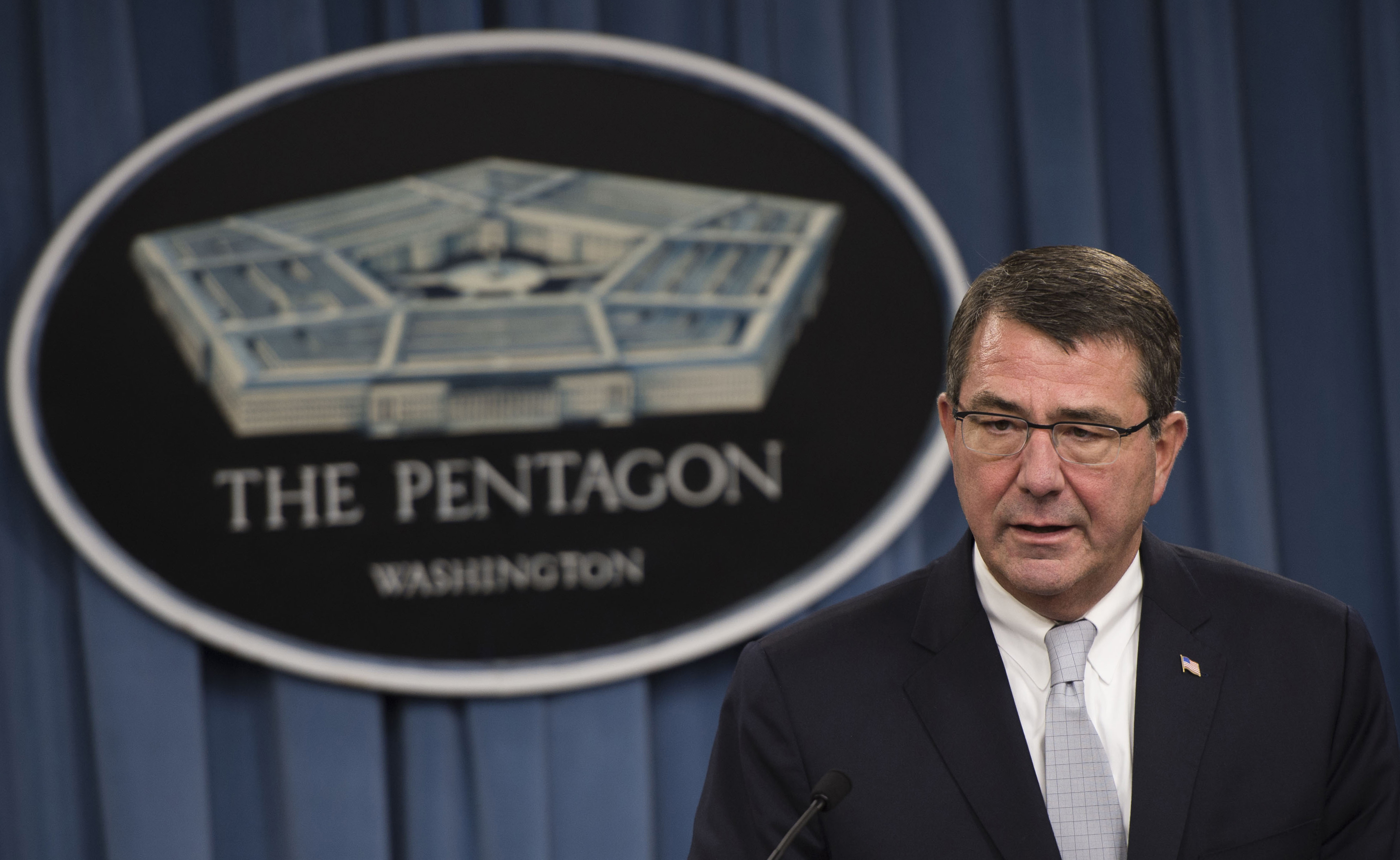 Then Deputy Secretary of Defense Ashton Carter briefs the press at the Pentagon in Arlington, Va., on Sept. 25, 2013. DoD Photo

Barack Obama nominated former deputy Secretary of Defense Ashton Carter to lead the Pentagon, during a Friday nomination ceremony in the White House.

Carter, 60, was the Department of Defense (DoD) number two civilian from 2011 to December 2013 and had previously been the under secretary of defense for acquisition, technology and logistics (USD(AT&L)) — the Pentagon’s chief weapon buyer.

“If I am confirmed for this job I pledge to you my most candid strategic advice,” Carter told the president during the ceremony.

Now Carter will take the helm of the DoD embroiled in the fight with the Islamic State in Iraq and Syria (ISIS) and oversee the U.S. military withdrawal from Afghanistan.

Current Secretary of Defense Chuck Hagel — who did not attend the ceremony – had reportedly clashed with the administration over the ISIS fight and Syria and Iraq policy before offering his resignation last month.

“If confirmed as secretary of defense, Ash Carter would make important contributions to our nation’s security and armed forces,” Hagel said in a statement.
“I urge the United States Senate to confirm Ash without delay, and, until then, I look forward to continuing my service as secretary and ensuring a smooth transition.”

Hagel will stay in his position until Carter is confirmed by the Senate — which won’t likely occur until January.