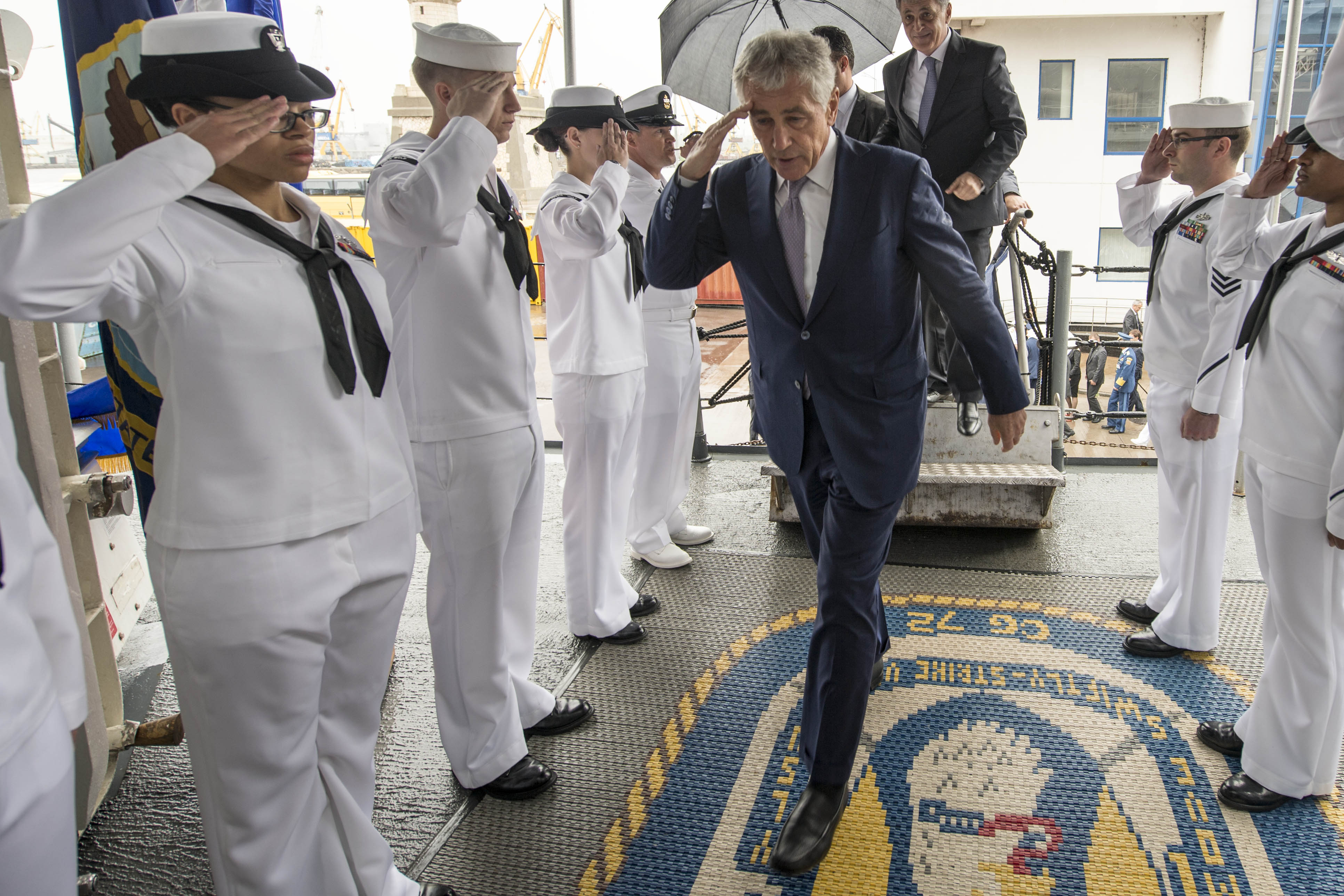 Secretary of Defense (SECDEF) Chuck Hagel is saluted by side boys as he visits the Ticonderoga-class guided-missile cruiser USS Vella Gulf (CG-72) on June 5, 2014. US Navy Photo

The following is Secretary of Defense Chuck Hagel’s Nov. 24, 2014 message to Department of Defense employees following the announcement of his resignation on Monday.

To the men and women of the Department of Defense:

I wanted to take this opportunity to let you know that this morning, President Obama accepted my letter of resignation. I have agreed to continue to serve as Secretary of Defense until my successor is confirmed by the United States Senate.

You should know I did not make this decision lightly. But after much discussion, the President and I agreed that now was the right time for new leadership here at the Pentagon.

I want you to know that I am immensely proud of what we have accomplished together. We have prepared ourselves, our Allies and the Afghan National Security Forces for a successful transition in Afghanistan. We have taken the fight to ISIL and, with our Iraqi and coalition partners, have blunted the momentum of this barbaric enemy. We have come to the aid of millions of people around the world who have suffered the ravages of natural disaster and of disease. We have worked tirelessly to sustain our all-volunteer force that has given so much during 13 years of war. And we have bolstered enduring alliances and strengthened emerging partnerships, all the while setting in motion important reforms that will prepare this institution for the challenges facing us in the decades to come.

Most importantly, we have helped keep this country and our fellow citizens safe. We have sustained the blessings of liberty our ancestors secured and upheld the oath we took.

That work will continue. It must continue. The world is still too dangerous, the threats too numerous, for us to lose focus. And even as I promised the President my full support going forward, so, too, do I promise that I will work hard to support you right up until my last day in office. I owe you that.

There will be time later to say farewell. For now, please know how much I respect and admire your service and that of your families. As I gather with my own family this Thanksgiving holiday — a luxury I realize not all of you will enjoy — it will be the privilege of having worked with you these last two years for which I will be most grateful.

Thank you for all you do for this country. God bless you. Happy Thanksgiving.