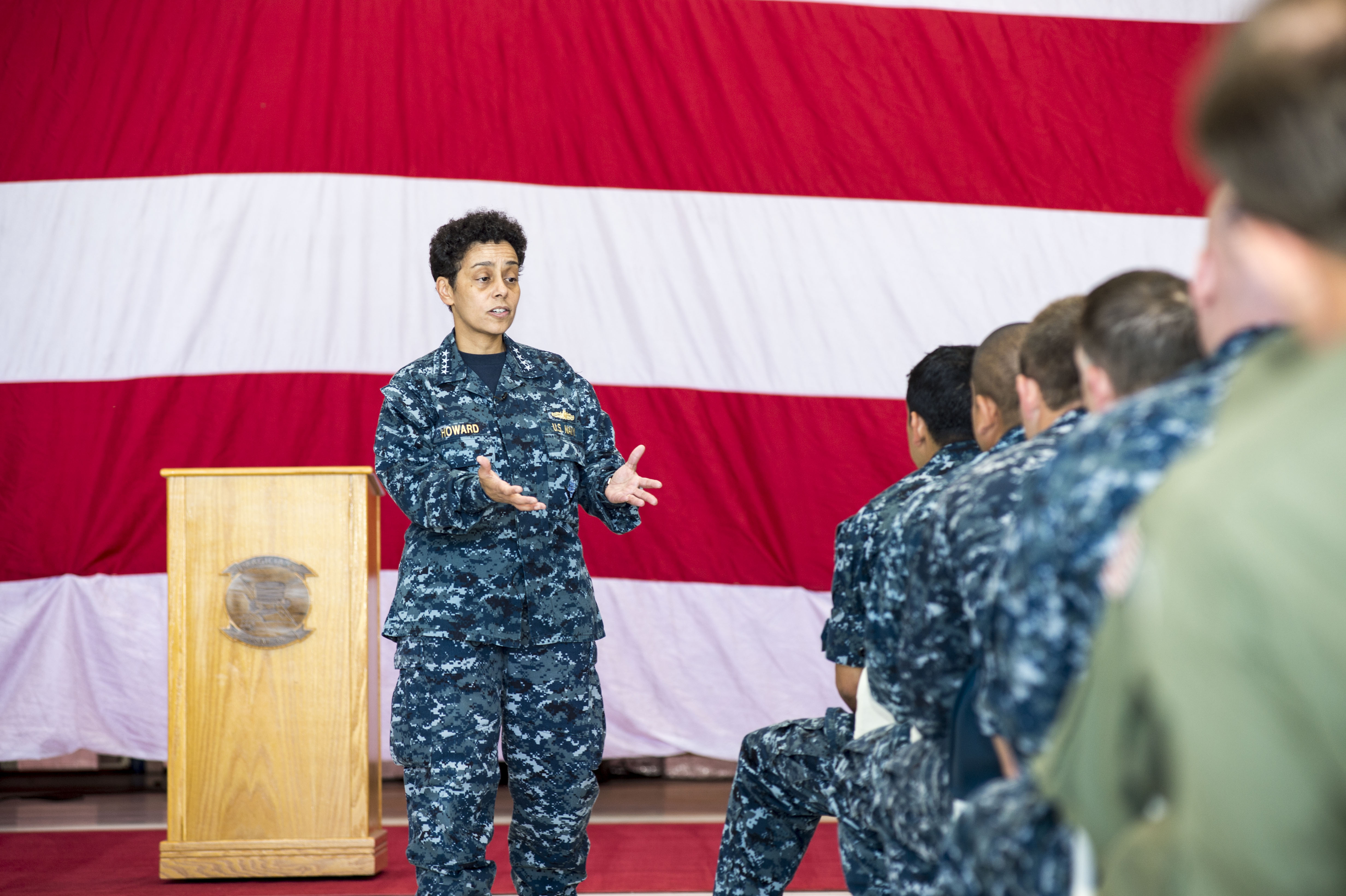 NORFOLK, VA. — The sequestration restrictions on military funding are not likely to go away anytime soon and could result in a U.S. naval force of 250 ships, Vice Chief of Naval Operations Adm. Michelle Howard said on Tuesday.

As the House and the Senate remain at an impasse with the Obama administration over the sequestration funding restrictions of the Budget Control Act of 2011, the Navy and other services have long predicted readiness and force structure issues under the 10 percent sequestration budget cuts.

“I was just talking with [legislative affairs] yesterday,” Howard said.
“There’s not a lot of optimism that we won’t come through and not be sequestered.”

Her comments came in response to a question at NDIA’s Expeditionary Warfare Conference in Norfolk, Va. on Tuesday on Navy budget issues.

She went on to say that there is a disconnect between House and Senate members on the military committees and Senators and House members not as directly connected to the Pentagon.

“The folks who are on the military committees — the chiefs of staff or the senators and congressman — said, ‘Yeah, you’re up here all the time you talk to us and let us know what the impact is’,” she said.
“But the staffers who work for senators and congressmen in landlocked Idaho or they’re on the intelligence committees or homeland security committees say ‘Oh yeah, we kind of heard about it but we’re not really focused on what the impacts will be’.”

For example, the Pentagon says the ongoing sequestration restrictions lowers the service’s shipbuilding accounts by 12 percent — or about $1.76 billion a year — making the Navy’s goal of 306 ships difficult to fund under sequestration.

“CNO for example testified in September, if we sequester we’re looking at a force structure of 250, 255 ships,” Howard said.

The Pentagon has also said depot level maintenance for Navy ships and aircraft could also be reduced by 30 percent and the service could decommission aircraft carrier USS George Washington (CVN-73) and its attached air wing.