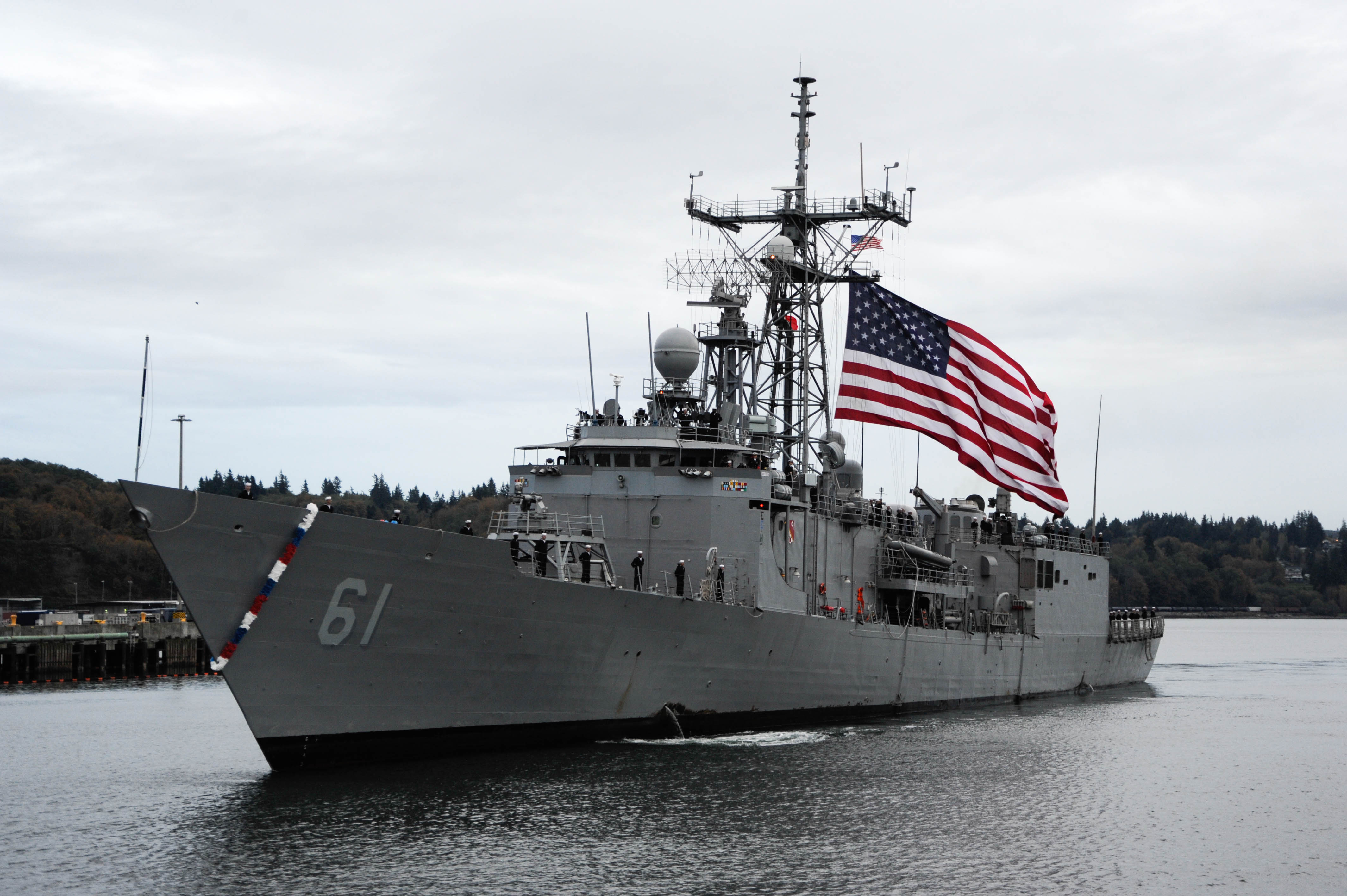 The youngest Oliver Hazard Perry-class frigate (FFG-7) was decommissioned this week as the more than 30-year-old ship class is set to leave the U.S. fleet by the end of next year.

USS Ingraham (FFG-61) was decommissioned in a Wednesday ceremony at Naval Station Everett, Wash. following a final seven-month U.S. Southern Command deployment, according to the service.

“It’s kind of sad, actually,” said former Secretary of Defense Robert Gates who spoke at the ceremony.
“The last time I was at a commissioning, seeing the sailors run on board and man the ship, it’s sort of the start of the whole long service for a ship. To see everybody come off is kind of sad.”

The 4,100-ton Ingraham, “disrupted or intercepted 11,937 kilograms of cocaine valued at more than $560 million” as part of Operation Martillo in U.S. 4th Fleet.

“These frigates may be small, but they are able to take a hit and keep on going,” Gates said.

The Perry frigates were developed as low-cost escort frigates during the height of the Cold War. Fifty-five of the frigates were built and have been a frequent U.S. foreign military sales (FMS) offering.

The last nine frigates in service will be decommissioned in 2015.

In the last several years the frigates have been used primarily in lower risk surface presence missions — notably in SOUTHCOM.

On Friday, USS Simpson (FFG-56) left for its final deployment to the U.S. 6th Fleet.

The roles of the Perrys will be in part filled by the new Littoral Combat Ship.