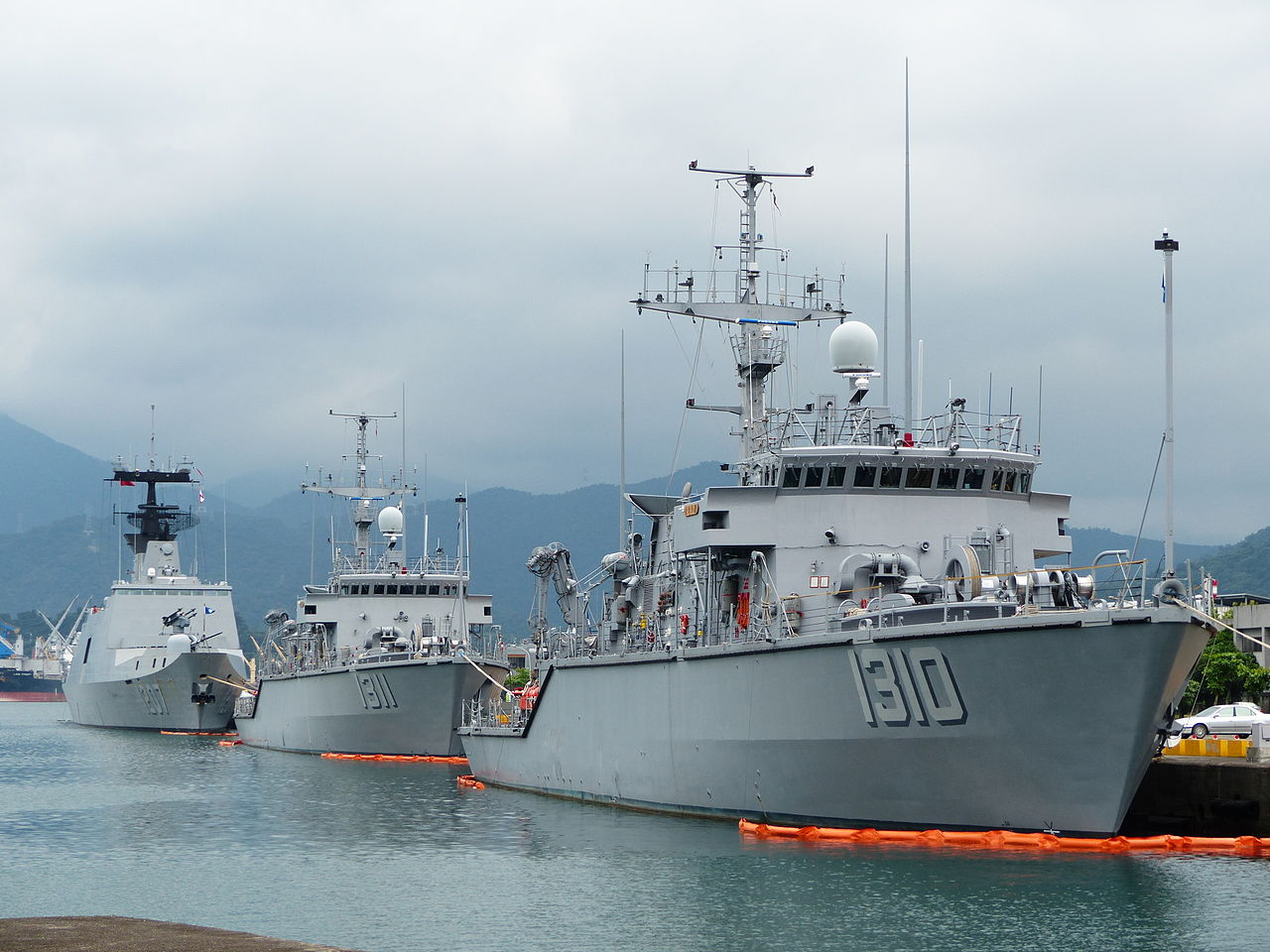 Two Taiwanese Osprey-class mine hunters in 2013. Photo via Wikipedia

The first ship in the class will be built at Intermarine’s shipyard in Italy and Lockheed will provide the ships MCM systems, according to the statement provided to USNI News on Monday.

The initial MCM is scheduled to deliver in 2019

The subsequent five 700-ton MCMs will be built by Ching Fu shipbuilding in Taiwan.

China’s Ministry of Foreign Affairs quickly condemned the announcement as part of its long held position against foreign companies selling arms to Taiwan on Friday.

“China firmly opposes foreign arms sale to Taiwan and any form of military technology exchanges and cooperation between Taiwan and foreign countries. This position is clear-cut and consistent,” said ministry spokesman Hong Lei on Friday.
“We ask relevant countries to respect China’s core interests, adhere to the one-China principle, neither sell arms to Taiwan in any form nor assist Taiwan in developing its military equipment, and take concrete actions to support the peaceful development of cross-strait relations and peaceful reunification of China.”

Arms sales to Taiwan have been a historically touchy subject with Beijing. Chinese pressure on international vendors has left the U.S. the island nation’s primary supplier of weapons.

A 2010 $6 billion arms sale from the U.S. to Taiwan caused China to break off military to military relations with the U.S.

However the nature of the MCM deal is unlikely to cause the same level of rancor between Washington and Beijing.

“[The] sale of [MCMs] is largely defensive in posture and is unlikely to cause the same amount of consternation as the sale of missiles or aircraft,” according to a Monday analysis in Jane’s Defence Weekly.