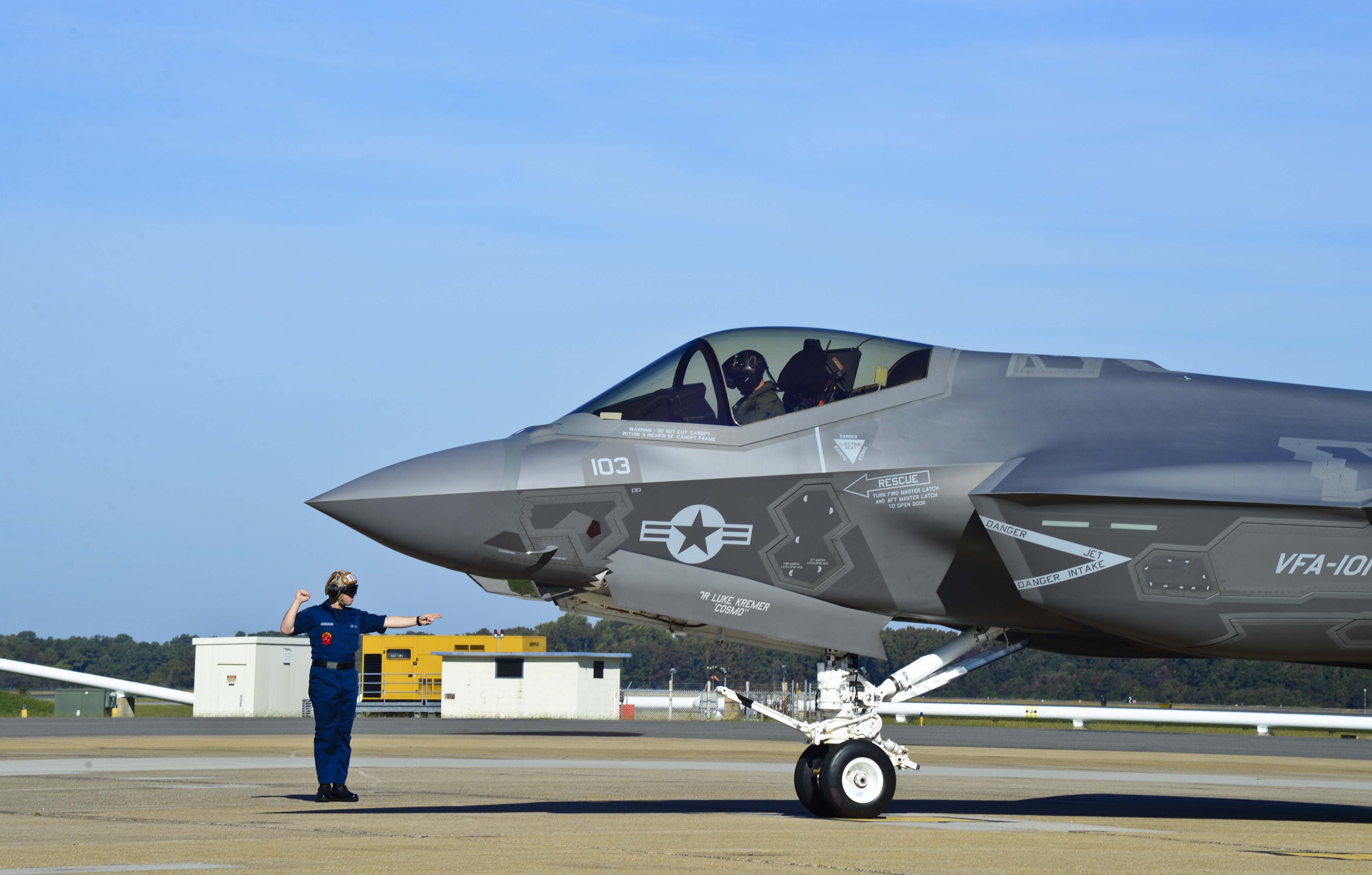 The naval variant of the tri-service Lockheed Martin F-35 Lighting II Joint Strike Fighter is set to land upon the deck of USS Nimitz (CVN-68) next week. Two of the single-engine F-35C stealth fighters are set to carry out a set of sea trials onboard the carrier to ensure that the jets can operate safely from the flight deck.

“They will fly on the third of November, and the first time that they touch the deck of the Nimitz will be with a trap,” Lt. Gen. Chris Bogdan, the Joint Strike Fighter program executive officer told reporters on Oct. 30.
“We’re not putting them on the ship with a crane.”

The Joint Strike Fighter Program Office is deploying test aircraft CF-3 and CF-5 to the carrier. The jets were set to arrive at Yuma, Arizona, from Fort Worth, Texas, on Oct. 30, Bogdan said. The two aircraft will be prepared for their trials at Yuma over the next “couple of days,” he added.

The two jets are fully instrumented and are cleared to operate with a full flight envelope, Bogdan said. Once onboard Nimitz, the jets will be run through the gamut of carrier operations.

Earlier in the year, Bogdan said that he had some doubts as to if the sea trials were going to be possible because of problems with the aircraft’s hook and nose landing gear. Given the rigorous testing the two jets have undergone, the situation has improved. “I feel pretty good about this now,” Bogdan said.