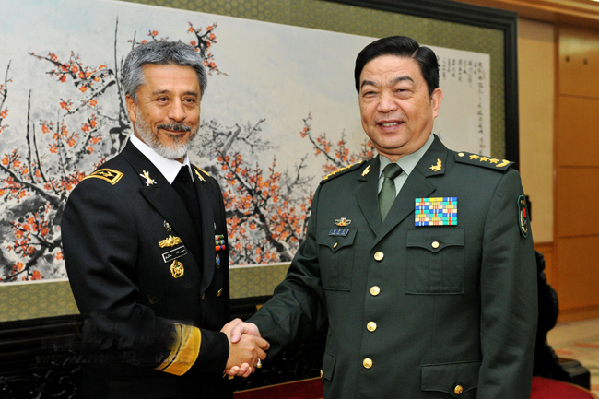 Last week’s meeting between the heads of the Iranian Navy and the People’s Liberation Army Navy (PLAN) in Beijing are the latest in a bilateral campaign to increase military to military cooperation and a recognition of growing Chinese interests in the Middle East.

“Chang said the two armed forces have seen good cooperation on mutual visits, personnel training and other fields in recent years. Exchanges between the two navies have been fruitful and their warships have paid successful visits to each other,” according to a release from the Chinese Ministry of National Defense.

Press reports from China and Iran spoke of increased technological cooperation between the two countries but did not go into specifics.

In late September two Chinese warships — Type 052C Luyang II destroyer Changchun and the Type 054A Jiangkai II frigate Changzhou — made a port call at the Iranian port of Bandar Abbas and conducted limited search and rescue (SAR) operations with the Iranian Navy. 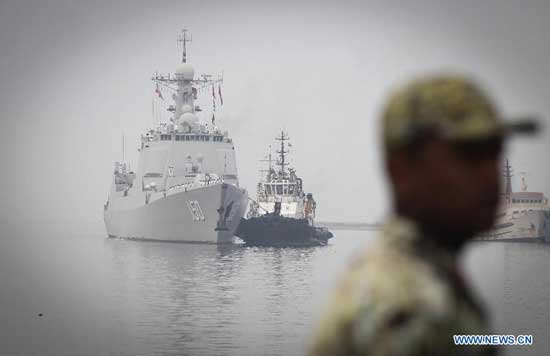 “This unprecedented visit and the participation of Chinese warships in naval SAR exercises with the [Iranian Navy] in the Persian Gulf could be an effort to further improve interoperability between the two navies,” according to a September analysis from Jane’s Defence Weekly.

The call for expanding the naval relationship between the two countries runs counter to China’s previous relationship with the Iran under arguably politically polarizing former Iranian president, Mahmoud Ahmadinejad.

The election of the more moderate Hassan Rouhani in 2013 and the rise of the terror army of Islamic State of Iraq and Syria (ISIS or ISIL) may have caused the Chinese to seek better military ties with Iran to better secure their increasing economic interest in the Middle East.

“Recent advances made by Islamic State militants and affiliated groups might have caused China to rethink its strategy and look for a more suitable focus for investments and energy resources,” according to a Monday analysis from Jane’s.

Compared to the PLAN, Iran is easily the junior partner in a bilateral naval relationship.

China is currently in a naval expansion and building relatively sophisticated surface ships heavily influenced by Western guided missile cruisers and destroyers and domestic submarines based on Russian designs — not to mention starting work on a domestic aircraft carrier.

Iran has a limited surface and submarine fleet and a low degree of technological sophistication in its shipbuilding industrial base. It fields three older Kilo-class diesel-electric submarines and a handful of frigate-sized surface ships displacing about half the tonnage of a U.S. Oliver Hazard Perry-class frigate (FFG), according to U.S. Naval Institute’s Combat Fleets of the World.