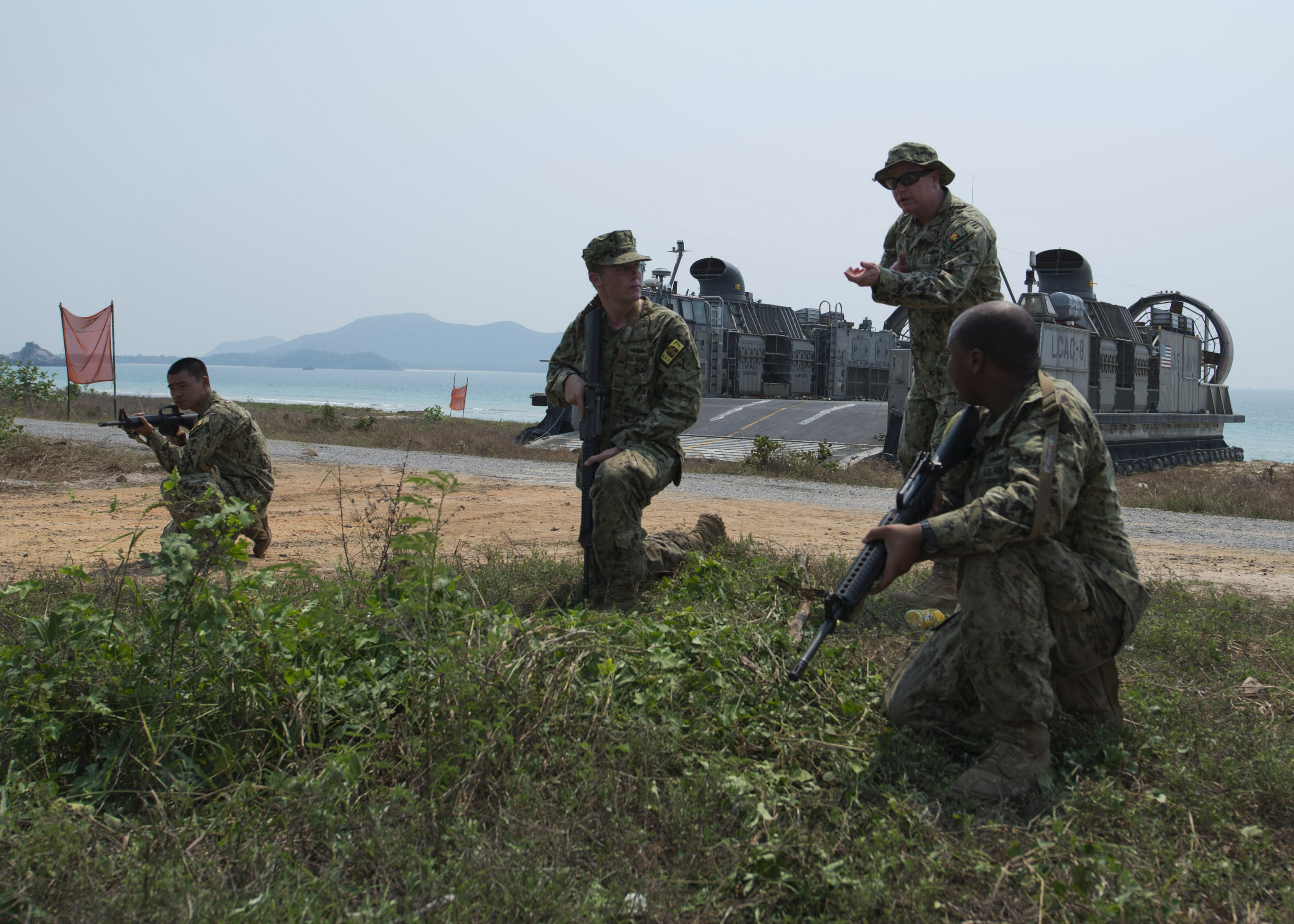 The head of Thailand’s military is denying the U.S. is scaling back its participation in the more than 30-year-old multi-national Cobra Gold 2015 military exercise in Thailand, despite the military ouster of a civilian-led government in May.

Thai Supreme Commander Gen. Worapong Sanga-net told local reporters on Monday that 9,000 U.S. troops and 6,000 members of the Thai military would kick off the bi-lateral exercise in February.

However, Worapong’s statement run counter to comments given to USNI News on Tuesday saying reduced U.S. participation in Cobra Gold was a direct result of the May coup.

“In light of the Thai military’s ouster of the civilian government, we have decided to proceed with a significantly refocused and scaled down Cobra Gold 2015 exercise,” State Department spokeswoman Pooja Jhunjhunwala told USNI News on Tuesday in a written statement.
The U.S., “has significantly reduced the scale of the exercise and increased its focus on non-lethal activities, such as humanitarian assistance and disaster relief, with the aim of expanding regional cooperation and coordination.”

The reduced version of the multi-national exercise, “will have a stronger focus on humanitarian civic action scenarios,” the official said.

For his part, Worapong said the reduced U.S. participation was not an indictment of the military takeover.

“As 2015 was initially set as the year for light military exercises, some may think the war games would also be light, [Worapong] said,” reported the Bangkok Post.
“Cobra Gold 2016 will be ‘heavy’, and prove the exercises have not been affected by the coup, he said.”

Despite the reason — planned or punitive — the reduced scale Cobra Gold will still be a major exercise for the U.S. in the Pacific this year, falling behind in numbers of the recently completed Valiant Shield exercise with 18,000 U.S. troops off of Guam and 12,500 U.S. troops that participated Foal Eagle exercise in Korea.

Previous iterations of Cobra Gold have included up to 13,000 U.S. troops.

U.S. participation in Cobra Gold has already come under fire from some critics citing the longevity of the military junta following the removal of Thai civilian leadership in May.

“The military has released only a vague timetable for a return to democratic rule and created a road map that will push elections far into the future,” wrote Joshua Kurlantzick in the Council on Foreign Relations’ Asia Unbound blog on Tuesday.
“When the army leader-turned prime minister actually steps down, Thailand probably will not return to electoral democracy as defined by any standard definition.”

Under the U.S. Foreign Assistance Act, countries cannot receive aid other than for democracy promotion if the head of state has been deposed by a military coup d’état.