The U.S. Navy was founded on Oct. 13, 1775 by an act of the Continental Congress which resolved, “that a swift sailing vessel, to carry ten carriage guns, and a proportionable number of swivels, with eighty men, be fitted, with all possible despatch,” read the act.

From its modest beginnings, the Navy has grown into the world’s largest maritime fighting force.

As the Navy has grown, it’s created its own traditions, including one around its birthday.

At celebrations from ships to shore, the Navy’s birthday cake is cut by the most senior and the most junior sailor at the same time. The tradition is said to represent passing knowledge and experience from one generation to the next.

The following is a photo gallery of the Navy’s cake ceremony over the years. 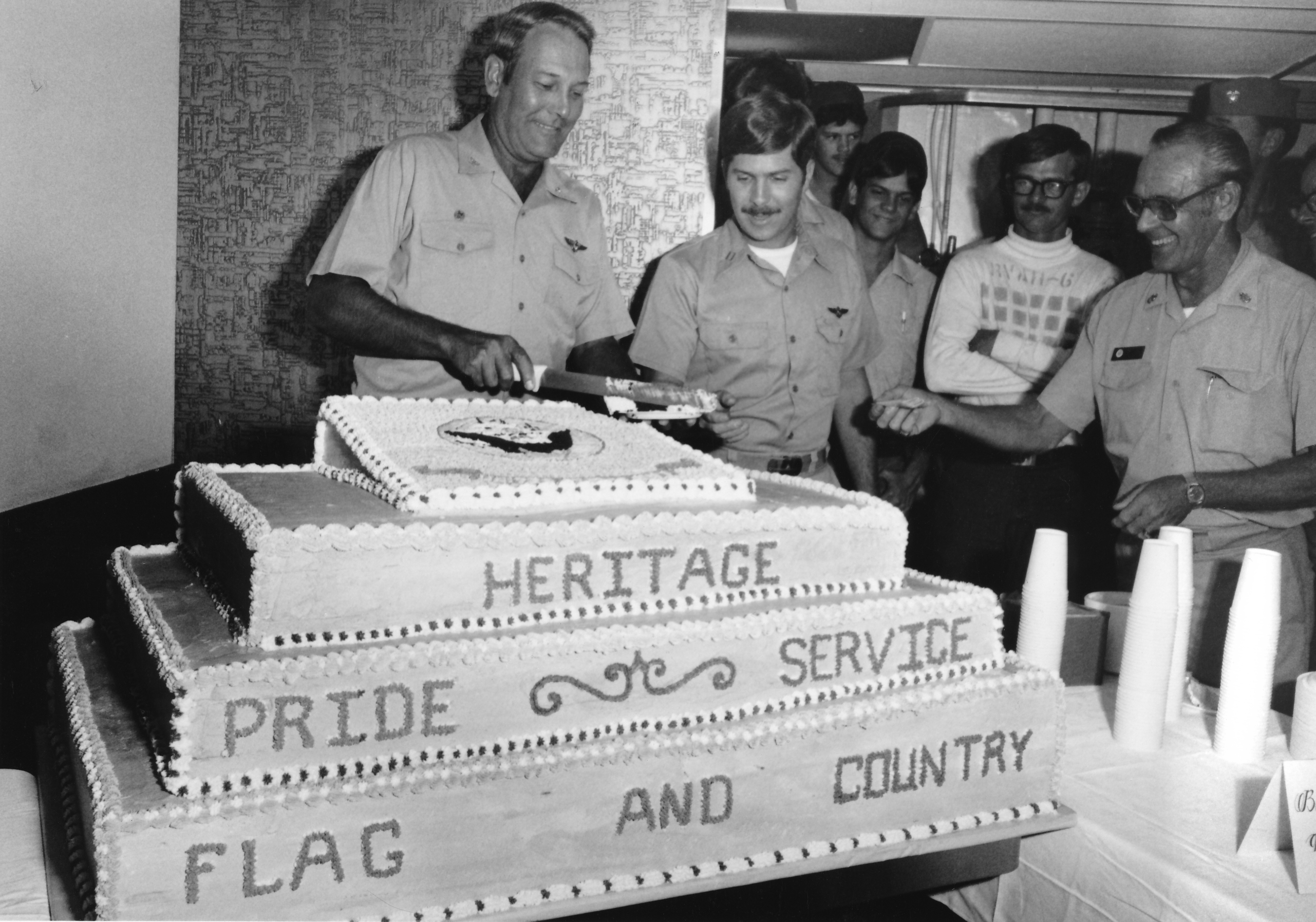 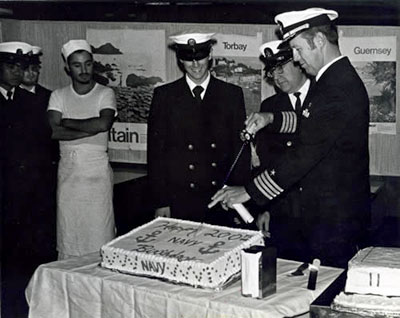 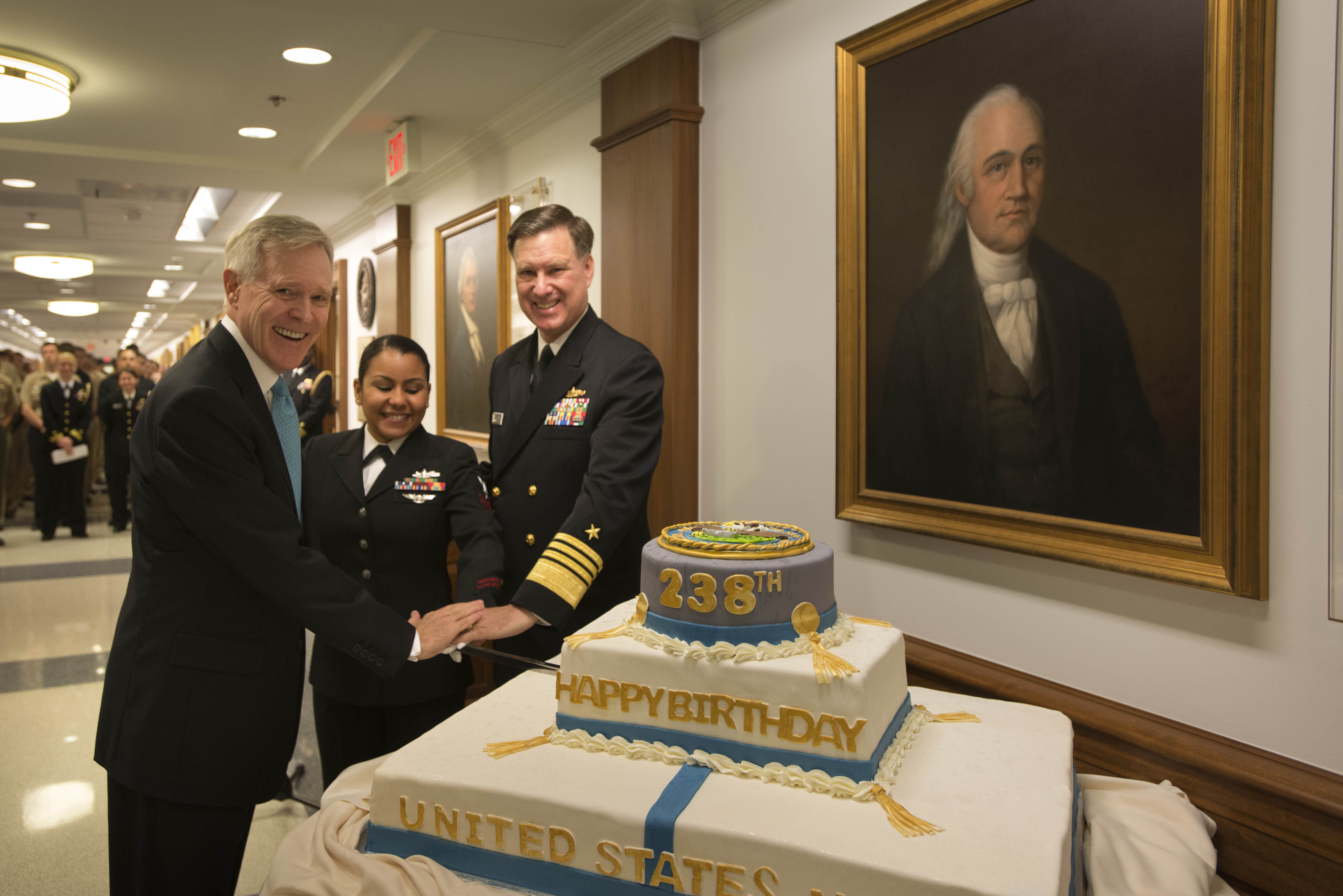 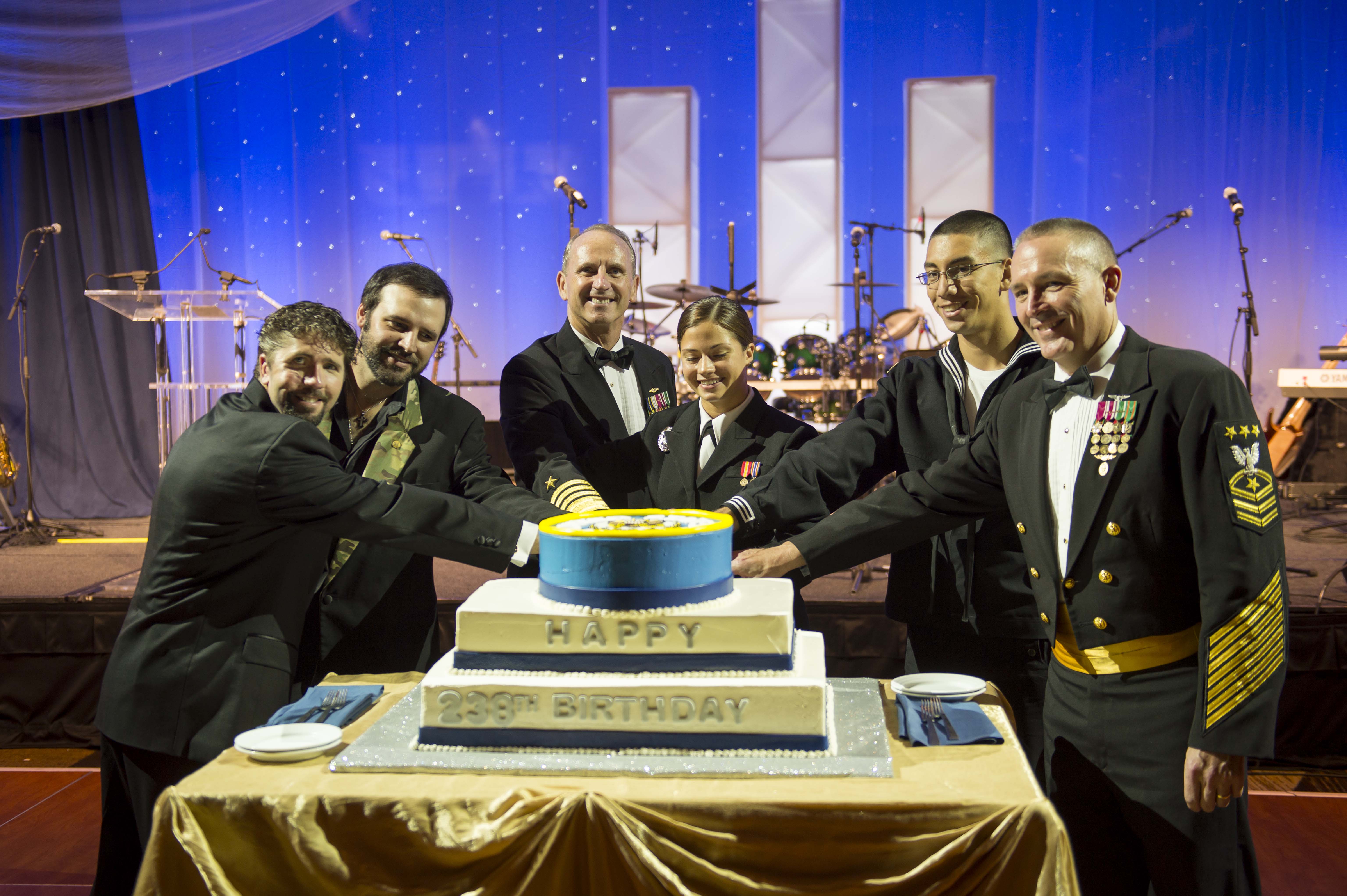 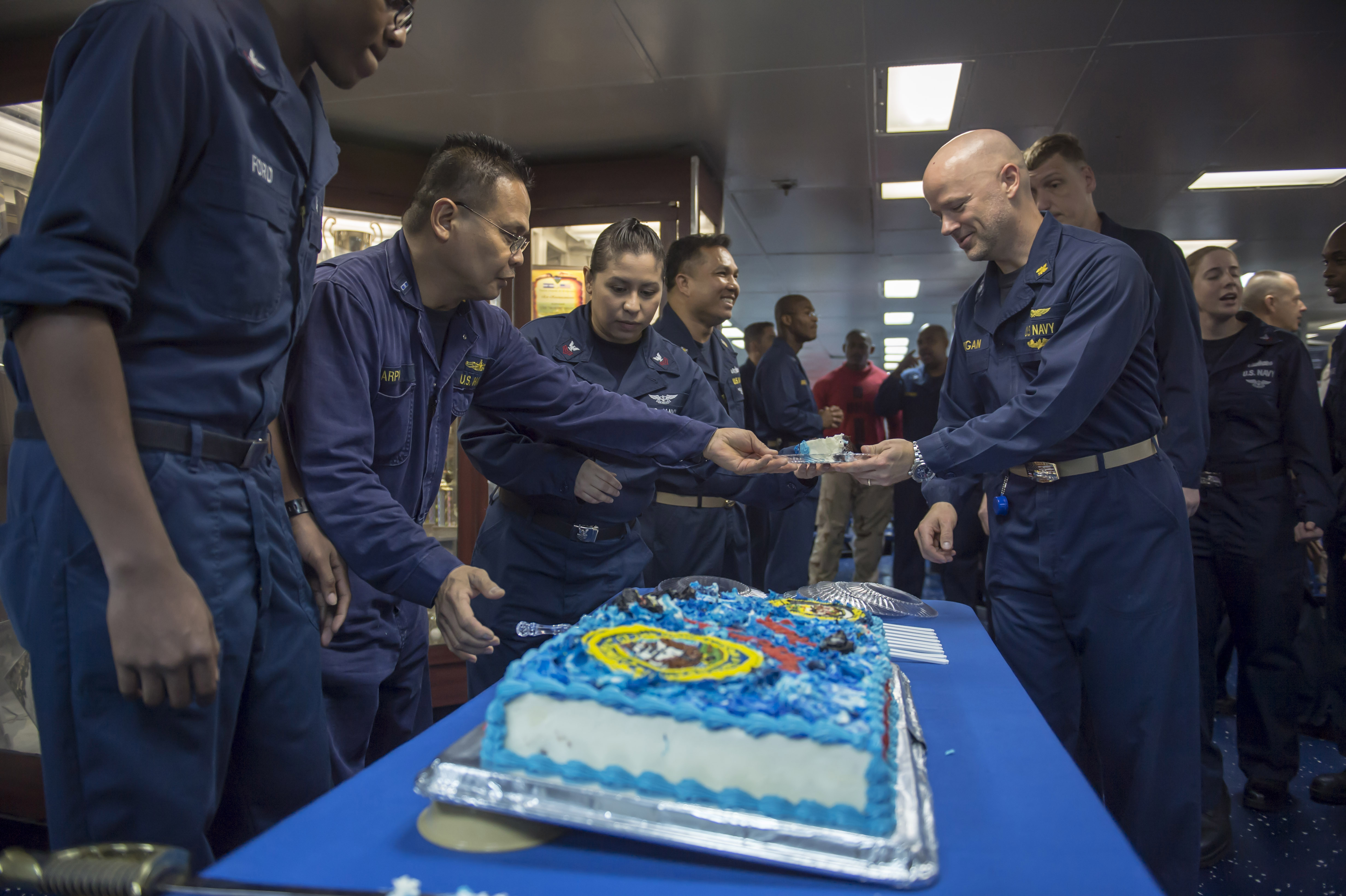 CWO Edwin Carpio hands out a piece of cake during a Navy birthday cake-cutting ceremony aboard the amphibious assault ship USS Boxer (LHD-4) in 2013. 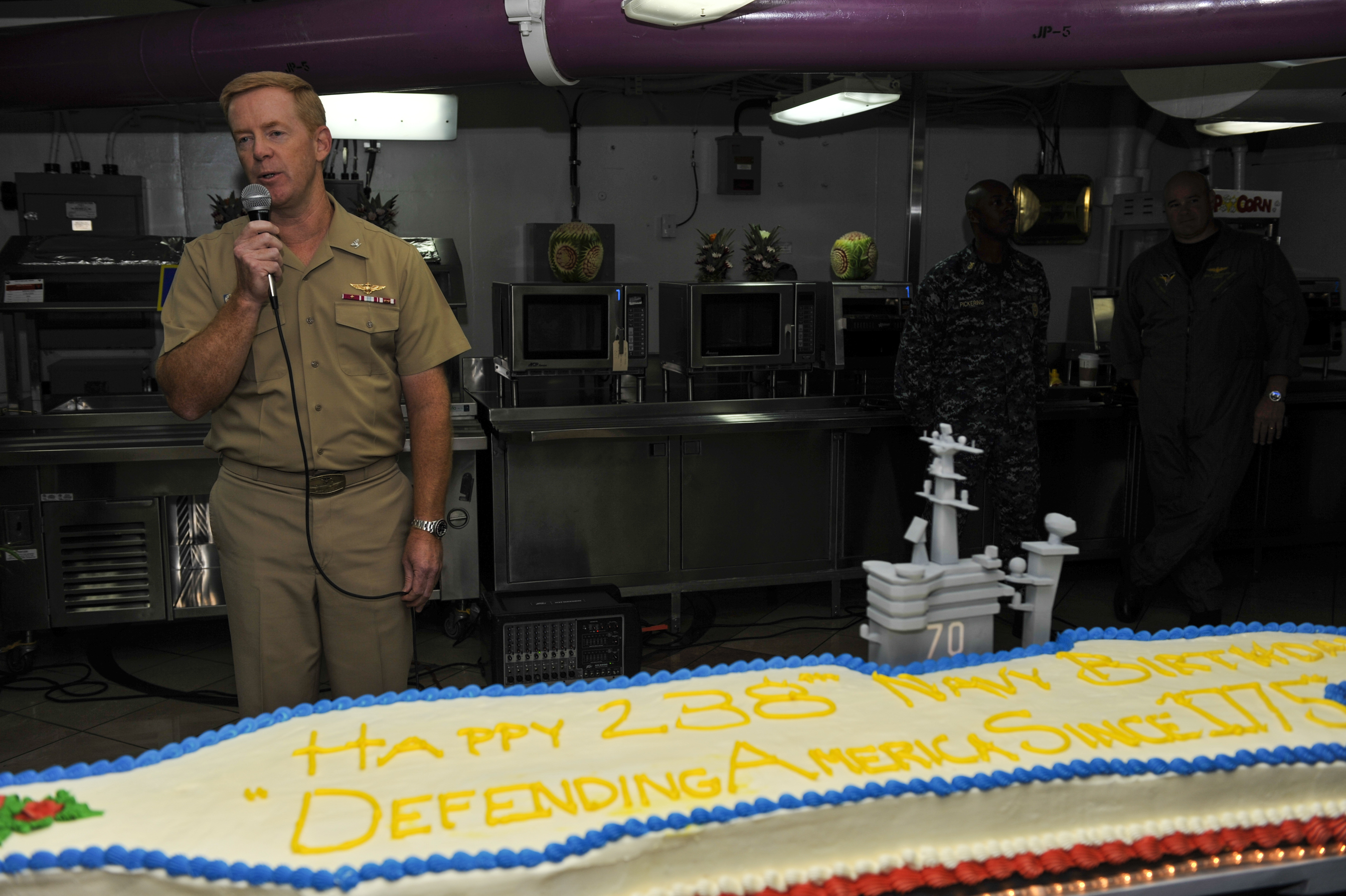 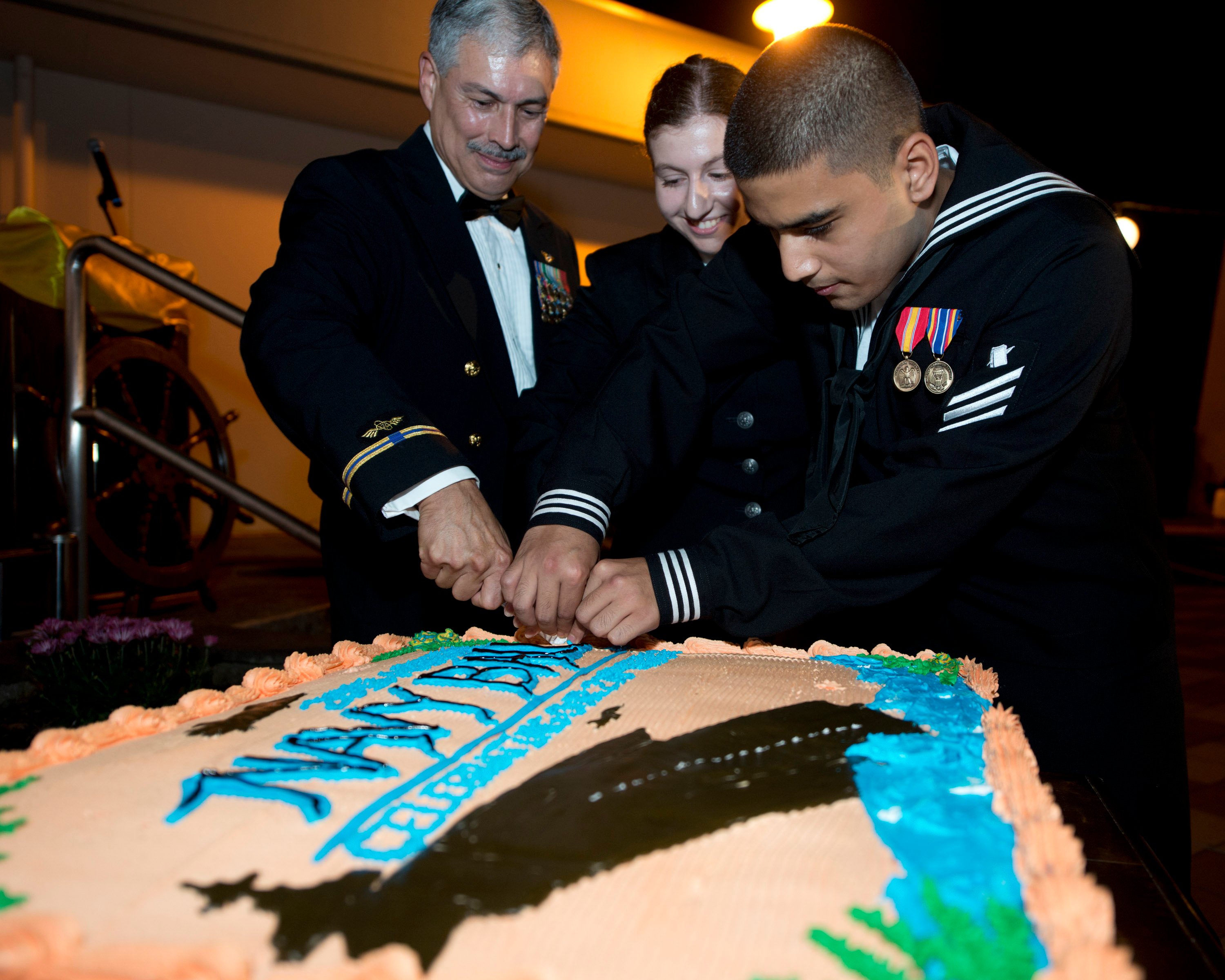 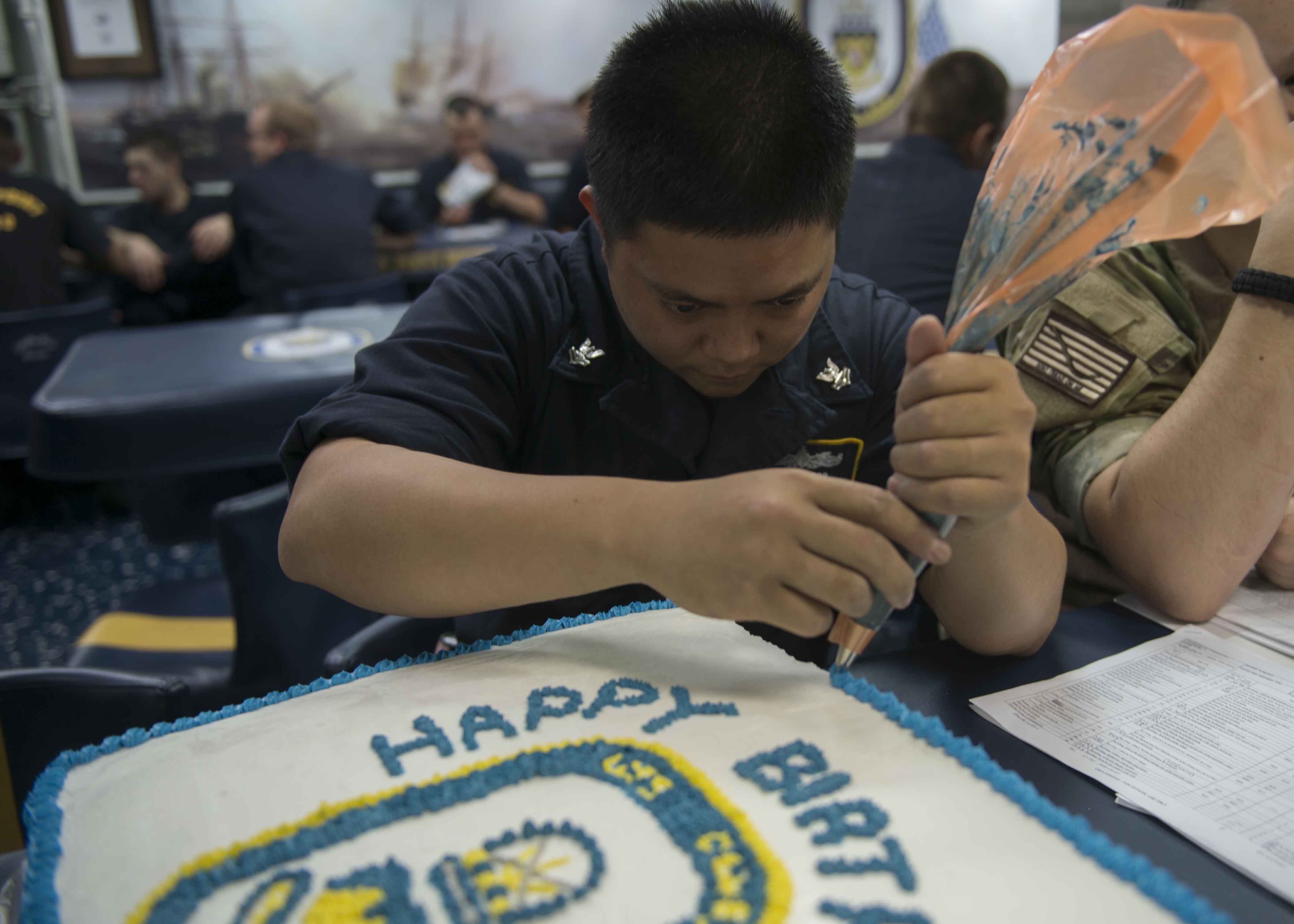