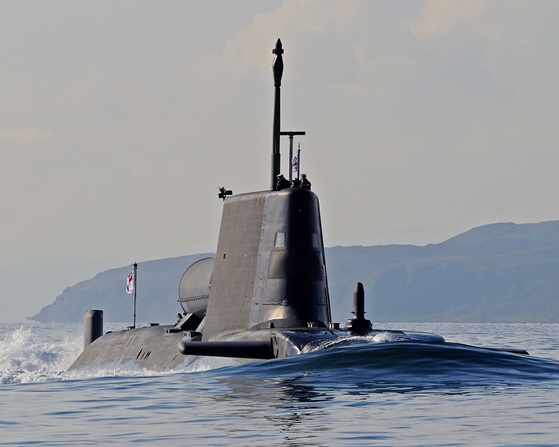 HMS Astute (S-94) — the first in class of the U.K. Royal Navy’s nuclear attack boats (SSNs) — has returned to Scotland after its first operational deployment, the Royal Navy announced on Thursday.

Astute departed its homeport, HM Naval Base Clyde, earlier this year for its inaugural eight-month operational deployment, traveling as far as the Indian Ocean, according to the Thursday statement from the Royal Navy.

“This deployment has been a huge success for HMS Astute. The submarine has travelled more than 27,000 miles and operated with our regional partners in the Indian Ocean and Mediterranean Sea,” Cmdr. Gareth Jenkins, Astute’s commander, said in the statement.

The ship left U.K. waters in March and transited the Suez Canal in July and continued operations in the Persian Gulf and the Gulf of Oman, according to the statement.

The third ship in the class — Artful — successfully completed its first dive at shipbuilder BAE Systems facility at Barrow-in-Furness earlier this week.

At their return to Clyde, the crew was greeted by Astute’s so-called “Lady Sponsor,” Camilla Parker-Bowles, The Duchess of Cornwall.