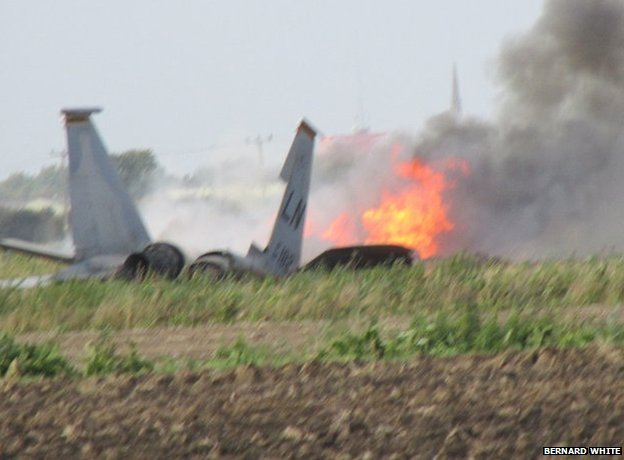 Photo of the F-15D crash site via the BBC.

An U.S. Air Force F-15D Eagle has crashed in England during a Wednesday training mission, the service said in a statement.

The Eagle — from the 48th Fighter Wing — went down around 10:30 a.m. EST in the small hamlet of Weston Hills in Lincolnshire, about 40 miles Northeast of U.K. Royal Air Force Station Lakenheath in Eastern England.

There are no reported civillian injuries from the crash.

“The plane has come down in an isolated rural area and no premises have been affected,” according to a statement from the Lincolnshire police, reported by the BBC.
“The plane belongs to the U.S. Air Force based at RAF Lakenheath and the pilot has escaped with only very minor injury.”

The Air Force has begun an investigation into the crash. 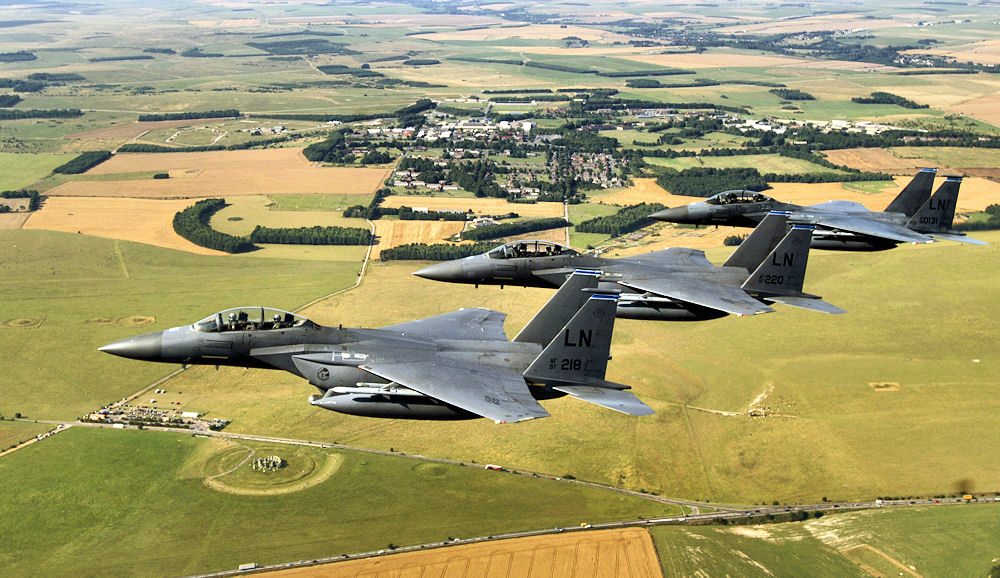 An undated photo of F-15s over the English countryside. US Air Force Photo

The 48th Fighter Wing is composed of three F-15 squadrons and of HH-60 Pavehawk search and rescue helicopters.

A F-15E Strike Eagle from the 48th crashed in 2011 during the Libyan air strikes of Operation Odyssey Dawn. Both crew were recovered following the 2011 crash.

One person was on board the aircraft at the time and ejected safely. A board of qualified officers will investigate the accident.

Additional details will be provided as soon as they become available