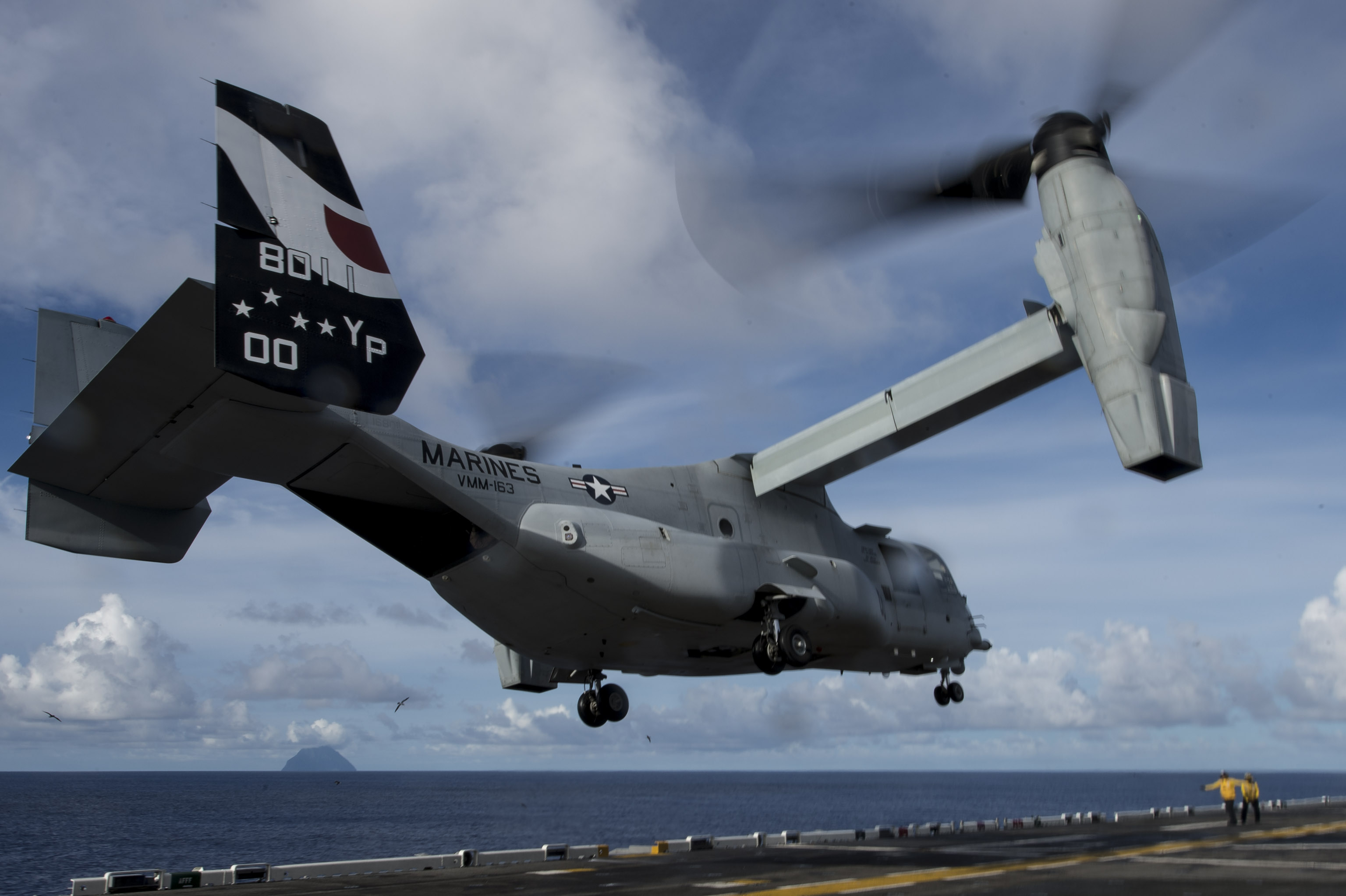 The U.S. Navy and Marine Corps are searching the northern part of the Persian Gulf after two crew “bailed out” from a Bell-Boeing MV-22 Osprey tilt-rotor aircraft on Wednesday.

The Osprey, which was operating from USS Makin Island (LHD-8), lost power on takeoff from the amphibious assault ship at around 10:10 a.m. (EST).

One other crewman who also jumped from the aircraft was later rescued and is in stable condition onboard the ship, according to the Navy.
There are currently a number of Navy ships and aircraft looking for the missing crewman.

Meanwhile, the Marine Osprey pilot managed to save the aircraft and recover the MV-22 onboard Makin Island. The ship is embarked with elements of the 11 Marine Expeditionary Unit (MEU) to support operations in Syria and Iraq. Makin Island deployed on July 25, 2014, to relieve the Bataan Amphibious Ready Group (ARG).

The Navy and Marine Corps will investigate the cause of the incident, the service said in a statement.

The following is the Oct. 1 statement from the service on the search.

MANAMA, Bahrain (NNS) — U.S. Navy and Marine Corps forces in the North Arabian Gulf are conducting a search and rescue operation for a missing aircrew member who went into the water at 2:10 p.m. (GMT), today, when the aircraft the member was aboard lost power on takeoff from USS Makin Island (LHD 8). Two air crewmen bailed out of the aircraft into the Arabian Gulf with one safely recovered and now in stable condition aboard Makin Island. The pilot of the aircraft, a U.S. Marine Corps MV-22 Osprey, was able to regain control and safely land aboard Makin Island.

U.S. Navy ships, aircraft and boats are taking part in the search and rescue effort.

The Navy and Marine Corps will investigate the cause of the incident.

USS Makin Island with embarked elements of the 11 Marine Expeditionary Unit is currently on a scheduled deployment to the U.S. Central Command Area of Responsibility where it is supporting operations in Iraq and Syria.