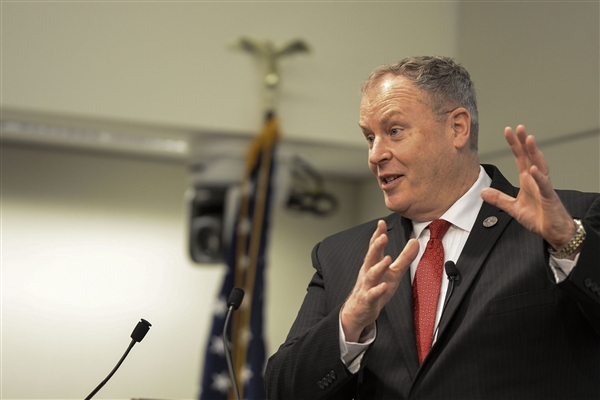 More than half of U.S. Air Force and Navy forces will be based in the Asia Pacific by 2020 as part of the Pentagon’s rebalance to the Pacific, Deputy Secretary of Defense Bob Work said during a Tuesday address at the Council of Foreign Relations in Washington, D.C.

“We may not have as many forces as we would like, but 60 percent of the forces will be in the Asia Pacific region,” Work said.
“At the same time, [Pacific Command] is regaining Army units that were rotating through Afghanistan, and they’re returning with all of their equipment now, such as attack aviation assets like Apaches [attack helicopters]in Korea.”

In addition to numbers, Work said the U.S. military will base some its newest capabilities in the Pacific.

“The F-35 Joint Strike Fighter (JSF) is going to go first to the Pacific. By 2018, the very stealthy and highly capable Zumwalt destroyer [DDG-1000] will be based in the Pacific, we hope,” Work said.
“We’re putting more Aegis ballistic missile defense ships in Japan, and we’ve put a second TPY-2 missile defense radar in Japan… which closes an important gap in our sensor net.”

Work has been given the responsibility to oversee the Pacific rebalance. As part of that role, he recently returned from an extensive tour of the region.

“The purpose of my trip was to observe firsthand what was going on to the adjustments we were making to our presence out there and to discuss the strategic environment with our allies, specifically the Republic of Korea and Japan,” he said.

Work addressed the ongoing conflict between China and Japan over the Senkaku (or Diaoyu) — which both countries claim but Japan controls.

Work said that the U.S. didn’t have an interest who ultimately controlled the islands but said if China moved against Japan militarily, the U.S. would aid Japan.

Responding to a larger question of Chinese and Russian ambitions in the Pacific, Work said the U.S. would need to carefully engage with the pair.

“They clearly are staking out their position in their near abroads,” he said.
“And this is one of the things that we’re going to have to work out over the course of the next several years on what they consider to be areas of their vital interest, and what we have to do is find a means by which to make sure that those desires do not resort to the use of force and would require an overt response militarily from us. We have to work these out and make sure that Russia and China feel secure in their near abroads.”

Work stressed that the rebalance would occur under the umbrella of ongoing budget pressure.

“The important goal that we’re trying to wrestle with right now under intense budget pressure is to get the proper mix between the forces that are forward presence forces and those based in the United States and our U.S. territories, which are our surge forces,” he said.
“That’s what we’re trying to do.”