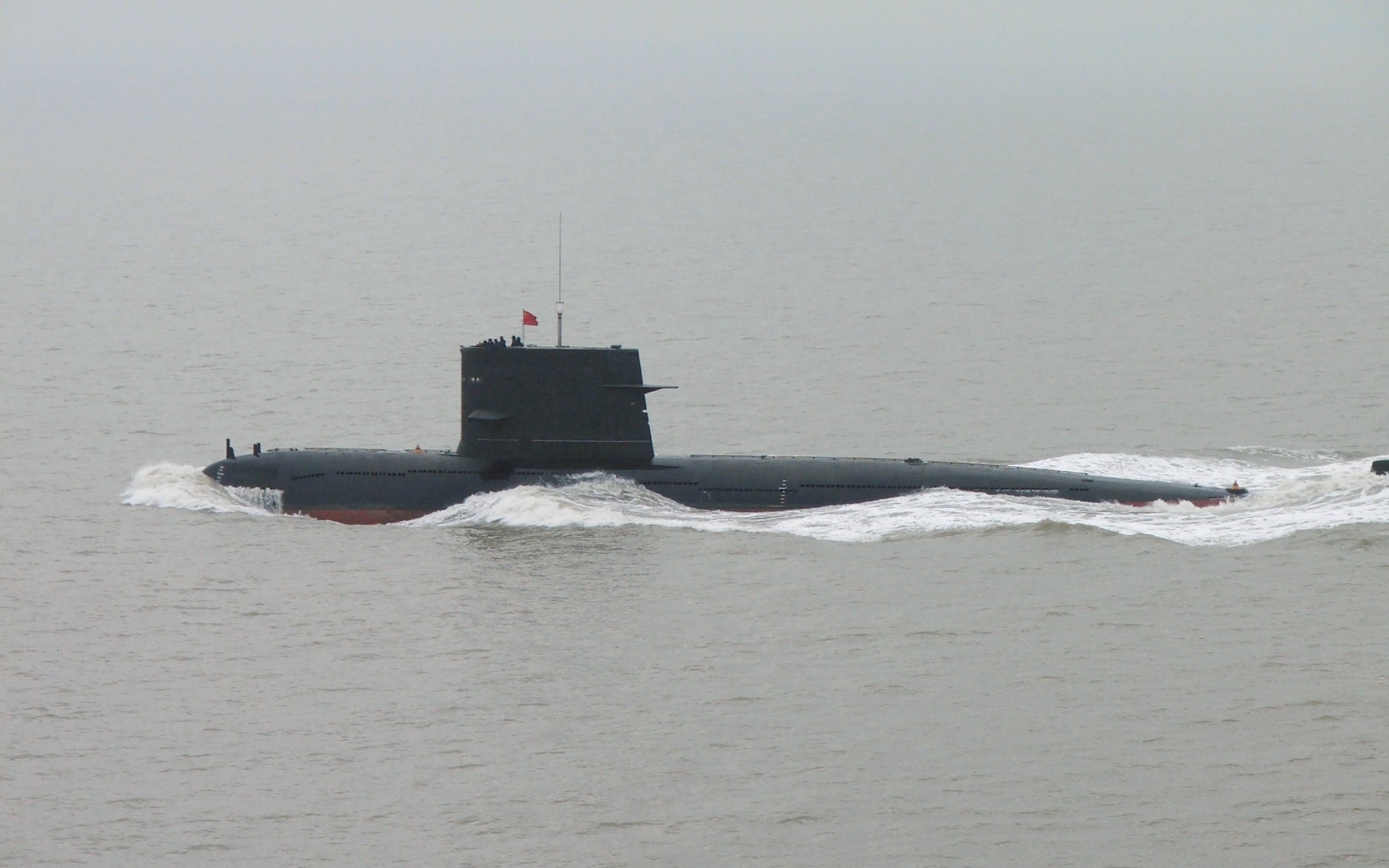 2005 Image of a Chinese PLAN Song-class submarine. Via Wikipedia

China has sent a submarine to the Gulf of Aden to help in counter piracy operations — a first for the People’s Liberation Army Navy’s (PLAN) submarine fleet, according to the Chinese Ministry of National Defense. In a press briefing last week, ministry spokesman Col. Geng Yansheng confirmed a PLAN submarine was headed off the coast of Somalia to join a Chinese task force effort to piracy in the region.

News of the submarine emerged earlier this month when what appeared to be a Song-class diesel attack submarine (SSK) took on fuel and provisions in Sri Lanka from Sept. 7 to 14, raising questions if China was expanding submarine operations into the Indian Ocean.

“What needs to be pointed out is that it is a common practice for navies of all countries to have their submarines and ships replenished at certain intervals at ports,” Geng said.

A later statement from the ministry indicated the submarine was not part of a larger Chinese push into the Indian Ocean.

Still, the submarine’s presence has caused concern for India and other countries in the region wary of China expanding operations beyond the Western Pacific and the South China Sea.

China has spent considerable funds on infrastructure in ports like Sri Lanka’s Colombo and Pakistan in the Indian Ocean for years raising concerns of the Indian government.

“Chinese warships are deployed in the Indian Ocean Region and we are continuously monitoring them and see what is their deployment,” chief of the Indian Navy Adm. Robin Dhowan told reporters on Sept. 25.
“Along with it, our aircraft, submarines and warships are always deployed to face any challenge.”

India and China have also been at odds at the countries’ shared Himalayan land border.

Though China claims the visit by the attack boat was benign, the ambitious trek to the Gulf of Aden is a test of the logistics needed to operate its submarines further afield.

“The port call in Colombo highlights China’s need for logistics facilities for ships and submarines deployed along its sea lines of communications,” read a Tuesday analysis in Jane’s Defense Weekly.
”The fact that the facilities used were at one of two ports developed by China in Sri Lanka, as it has also done in Pakistan and Myanmar, is likely to reinvigorate the debate about Chinese construction of maritime infrastructure in the [Indian Ocean Region.”

It’s unclear when the submarine — and its accompanying tender — will join the PLAN flotilla in the Gulf of Aden. However, the length of the journey from China’s submarine base on Hainan Island is about 5,500 nautical miles. For the 2,200-ton Song, that journey could take up to three weeks, according to Jane’s.

Submarines have been used previously in counter-piracy operations as primarily surveillance platforms.