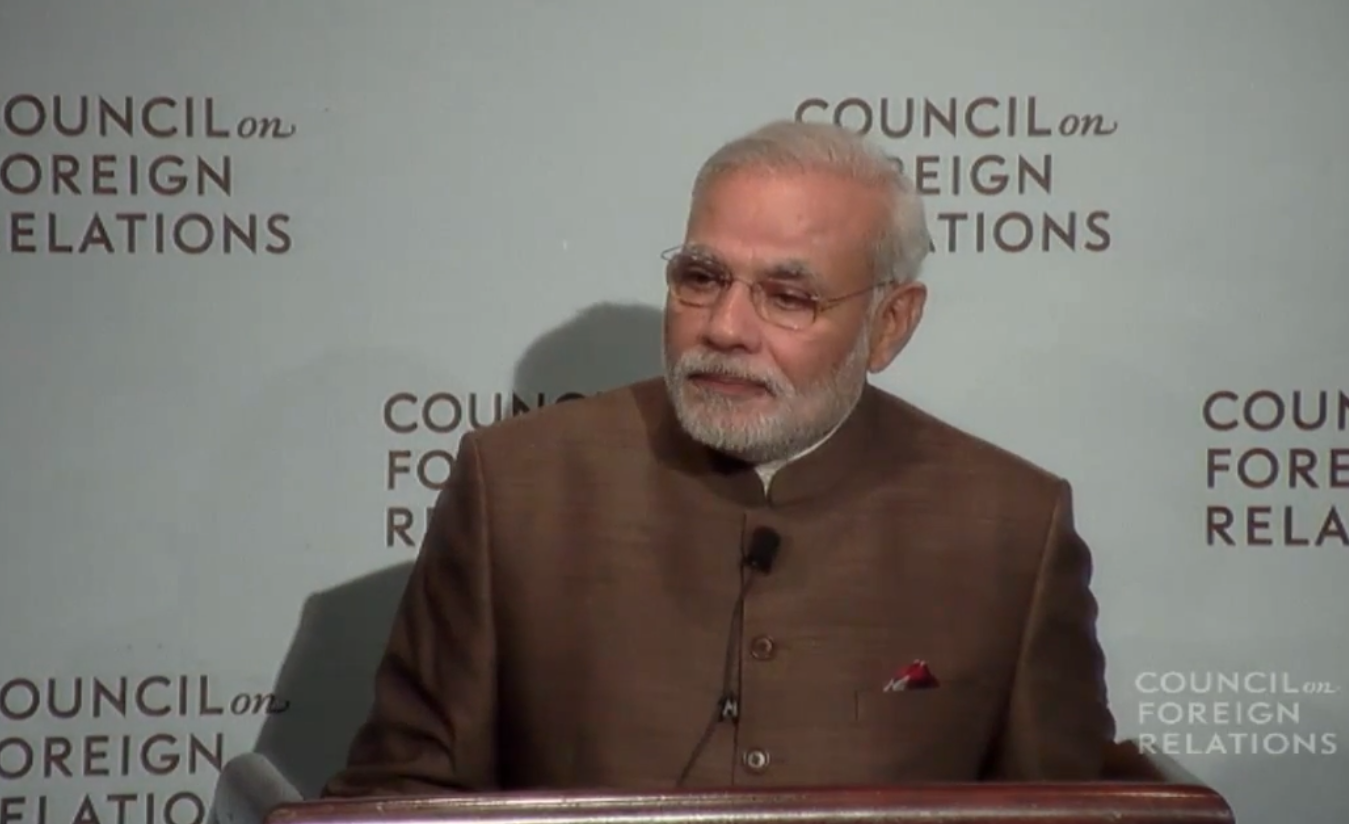 India is calling for the United States to be cautious as it withdraws its forces from Afghanistan to ensure that country’s future stability.

The U.S. has attained a level of stability in Afghanistan, but must ensure that the Taliban does not return, Indian Prime Minister Narendra Modi told an audience at the Council of Foreign Relations on Sept. 29.

“We have requested to America that the defense withdrawal subject, please do not repeat the mistake you did in Iraq,” Modi said via a translator.
“Because after such a rapid withdrawal in Iraq–what happened there–you know. So the withdrawal process in Afghanistan should be very slow. Let it stand on its own.”

Only a strong Afghan government and with capable security forces will be able to stand up against the Taliban and prevent the country from sliding back into the abyss. A stable Afghanistan will “march” towards democracy and development, Modi said.

Both India and the U.S. are working with the Afghan government to ensure that will eventually happen, Modi said.

But the U.S. must not withdraw until Afghanistan can take care of itself.

For India, which share close geographic proximity and close cultural ties to Afghanistan, stability in the region is paramount. Modi stressed that terrorism emanating from the region is a problem for both the U.S. and India.

Modi is scheduled to spend the rest Monday and Tuesday in Washington, D.C.