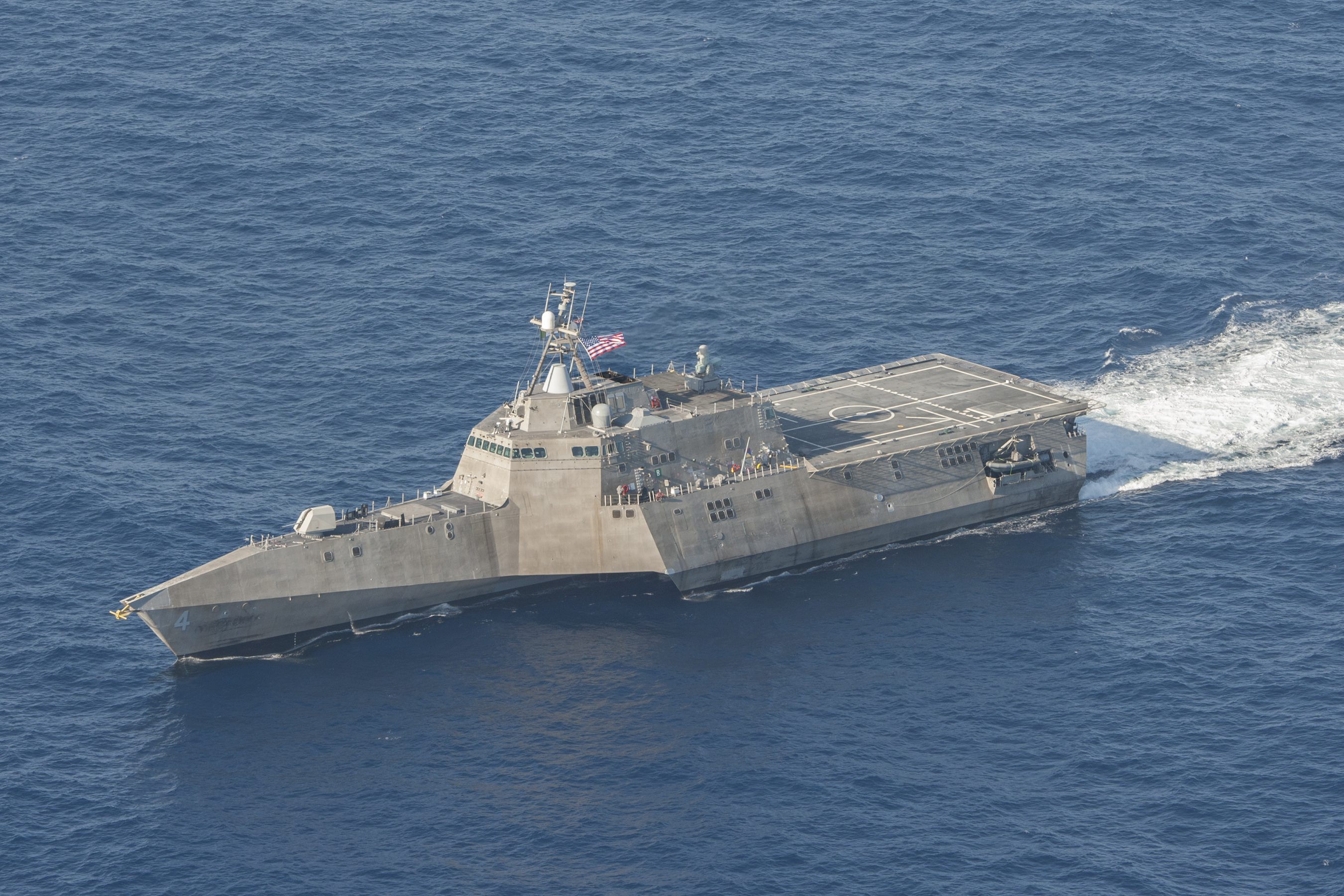 Naval Sea Systems Command (NAVSEA) is set to strap a Norwegian anti-ship missile to the deck of an Independence-class Littoral Combat Ship in an exploration of boosting the firepower of the LCS hulls.

Next week, USS Coronado (LCS-4) will test fire a Kongsberg Naval Strike Missile off the coast of Southern California at the target ranges at Port Hueneme.

“This demonstration is intended to test the capabilities of the Norwegian-made missile from a sea-based platform against a Mobile Ship Target (MST) and provide insights into the weapon’s stated capabilities of increased range and lethality,” according to a Thursday release from NAVSEA.

The NSM made a splash at the 2014 Rim of the Pacific (RIMPAC) exercise when Norwegian frigate HNoMS Fridtjof Nansen (F-310) bullseyed the former U.S. amphibious warship Ogden (LPD-5) during demonstration.

The subsonic NSM has a range more than 100 nautical miles designed to evade radar and has greater range than the Navy’s current 1980s era Harpoon missile anti-ship missile.

The early reviews were positive and bolstered the planned testing regime aboard Coronado.

“I’m very excited about [the test], and if it’s as simple to use as the Norwegians tell me it is, then that’s even better,” U.S. Pacific Fleet commander Adm. Harry Harris told Jane’s Defence Weekly.
“The combination of those kinds of missiles, plus the gun that we have, I think, makes LCS a very interesting platform.”

NAVSEA told USNI News on Friday the test of the missile was not necessarily the start of a new acquisition program for the LCS Surface Warfare package or had a direct relation to the completed — but yet unrevealed — Small Surface Combatant (SSC) study.

“The Navy views as an opportunity to test a future warfighting capability,” NAVSEA spokesman Matthew Leonard told USNI News on Friday.
“There is currently no requirement for this capability.”

Currently, the SuW package for LCS is oriented toward asymmetric swarm boat threat as opposed to taking on a peer competitor.

Earlier this year, the Navy announced it would use a modified version of Lockheed Martin’s Longbow Hellfire AGM-114L for early increments of the SuW package.

“We have these 10,000 [Longbow] missiles, there’s no cost risk at all, it’s vertically launchable and you can shoot lots of them at same time and you don’t have to do that thing where you keep the laser on it,” former program manager for LCS Mission Modules (PMS 420), Rear Adm. John Ailes told USNI News in April.

NAVSEA had previously planned to compete the follow-on missile in Fiscal Year (FY) 2019.

The test of the NSM is scheduled for Sept. 24.