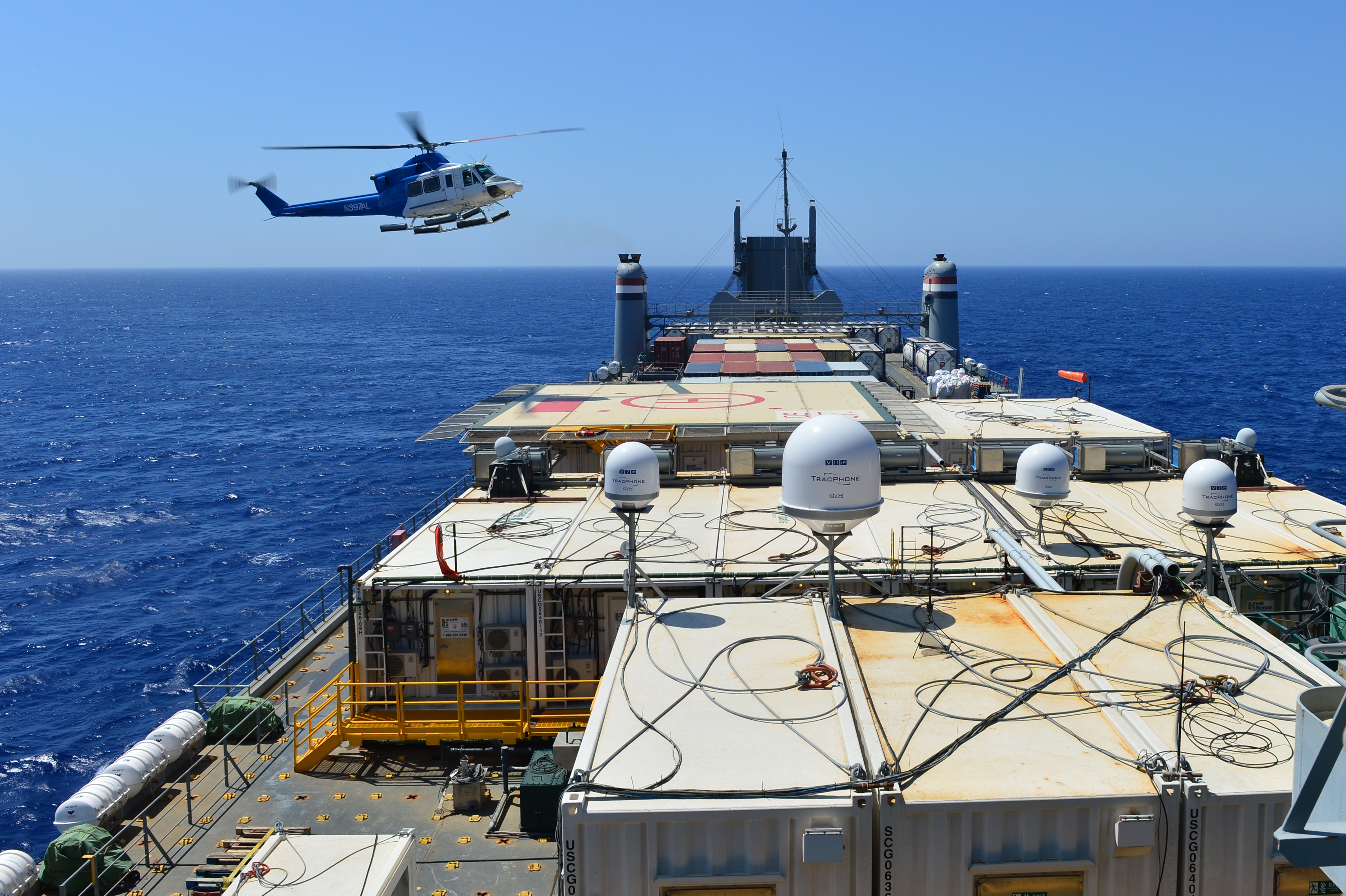 A helicopter approaches the container ship MV Cape Ray (T-AKR 9679) in the Mediterranean Sea to drop off cargo Aug. 4, 2014. US Navy Photo

The ship put into swift service to destroy the chemical weapons of Syrian dictator Bashar al-Assad has returned to Norfolk, Va. after eight months at sea, an official at the U.S. Maritime Administration (MARAD) told USNI News on Wednesday.

The system and the volunteer crew made safe more than 1,300 tons of chemical weapons seized from the Assad government as part of an international deal — negotiated by the United Nations — that preempted U.S. retaliatory strikes for 2013 chemical attacks.

In June the last of the chemical weapons — materials used to produce sarin and mustard gas — were moved out of Syria and transported to Italian port of Gioia Tauro.

Cape Ray then transited into international waters and destroyed the illicit cargo.

The Obama administration declared the disposal mission successful on Aug. 18.

Pentagon spokesman Rear Adm. John Kirby said the disposal was conducted, “with strict adherence to safety and with no impact to the surrounding environment, and said that they should all be very proud of what they’ve accomplished to help reduce the threat posed by chemical weapons,” in a Aug. 18 statement.

Though the weapons stockpiles were destroyed, the Organization for the Prohibition of Chemical Weapons reported “compelling confirmation” chlorine gas has been used as a weapon in the Syrian civil war as recently as August.