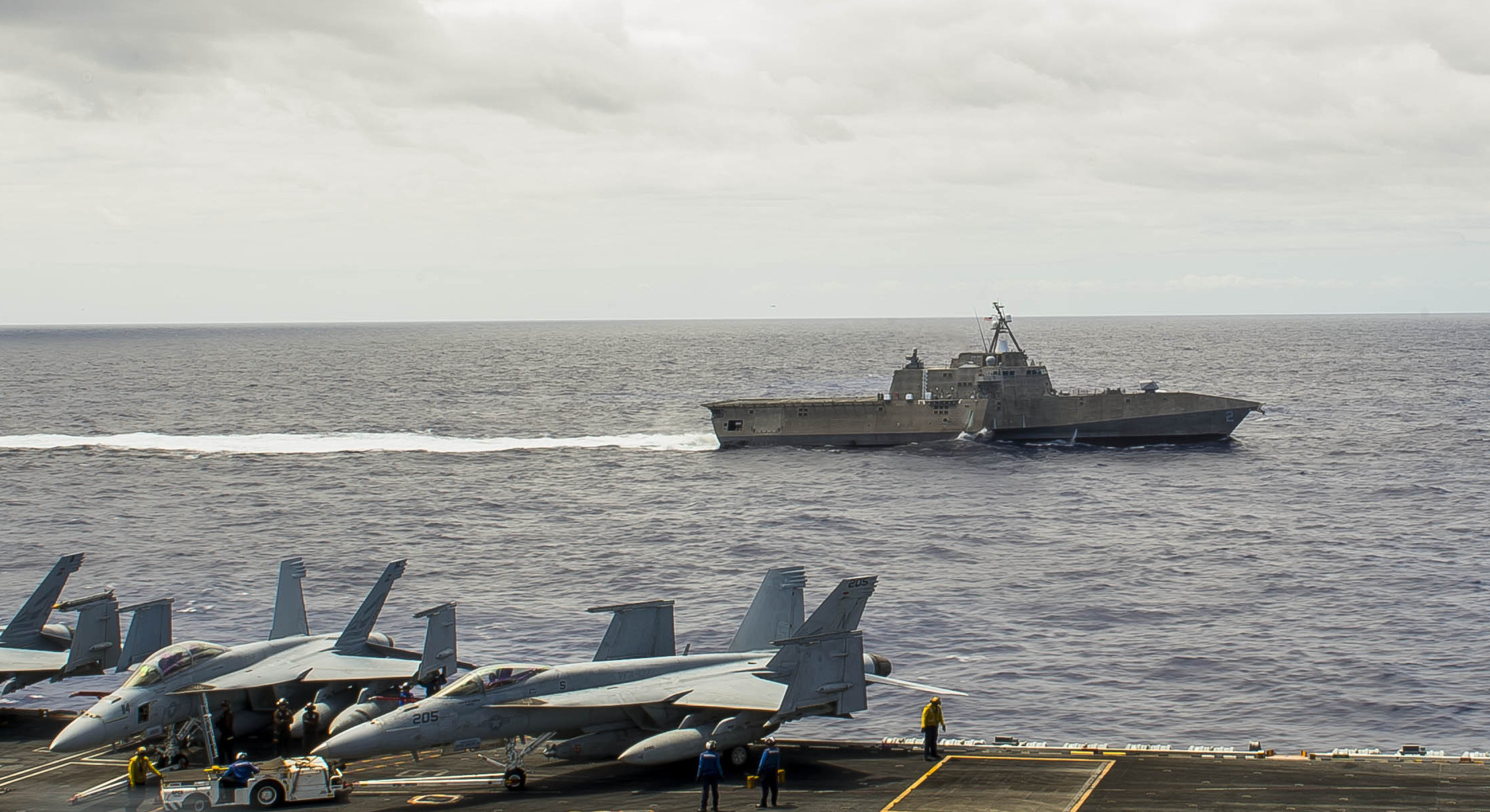 The Navy continues to tightly control all of the details around the development of the follow-on to the Littoral Combat Ship (LCS) to the point that the service isn’t telling Congress the results from its investigation to find a new Small Surface Combatant (SSC).

A planned classified Tuesday briefing before the House Armed Services Committee (HASC) was cancelled after the Navy told the panel the service couldn’t discuss the findings of the SSC Task Force, Navy sources confirmed to USNI News.

Members and professional staffers with questions on the results of the study were told — at the current point in the acquisition process — all the Navy would provide was the an outline of the process the service used for the study and nothing more, several sources familiar with the meeting told USNI News on Wednesday.

The meeting had been scheduled two months prior to Tuesday.

“Process is all the Navy can [talk about] at this point,” Cmdr. Thurraya Kent, spokeswoman for assistant secretary of the Navy for Research, Development and Acquisition (RDA) Sean Stackley, told USNI News on Wednesday.

HASC leadership subsequently cancelled the meeting when details of the task force’s findings would not be forthcoming, several sources told USNI News.

The briefing cancellation was first reported by Defense News.

Part of the reason given for the lack of information on the SSC available to Congress is Secretary of Defense Chuck Hagel — occupied by the operational problem of the Islamic State of Iraq and Syria (ISIS or ISIL) and a packed travel schedule — has not yet reviewed the task force findings.

However, the task force findings were briefed Tuesday to Secretary of the Navy Ray Mabus.

A message left with Mabus’ Navy spokesperson was not immediately returned.

One source close to the Navy told USNI News the findings of the task force have generated a recommended path forward for the Navy but the service would not confirm any details saying only, the findings present budget planners a range of options.

The service has been unusually quiet on the effort to replace the two Flight 0 LCS hulls with a ship, Hagel called in February, “consistent with the capabilities of a frigate.”

Stackley’s office issued a July 31 statement indicating the Navy wouldn’t share any information ahead of the service’s current budget deliberations.

“Because the task force alternatives will be considered as part of Fiscal Year 2016 budget deliberations, the Navy will not comment publically on the report’s findings until budget decisions within DoD are finalized,” read the statement.

Navy and the Office of the Secretary of Defense (OSD) will now decide is the best course of action for the ship and roll it into the final 2016 submission — due early next year.

The task force was born following a classified January memo from OSD to the Navy directing the service to evaluate a follow-on to the Lockheed Martin Freedom-class and Austal USA Independence-class variants of the LCS.

The existing shipbuilding program was capped at 32 hulls — split between the two shipbuilders.

The task force also examined ships systems and was provided a cost target for the new effort.