“Two test pilots of the squadron sacrificed their lives during the tests,” read the Aug. 27 report that went on to list a series of citations for the test pilots who flew the Shenyang J-15 Flying Shark in testing on China’s first modern aircraft carrier.

The report provided no additional details on the dead flyers or the condition of their aircraft.

A Friday report in Jane’s Defence Weekly concluded it was, “likely that at least two aircraft have been lost.”

Naval analyst Eric Wertheim —author of U.S. Naval Institute’s Combat Fleets of the World — said the accidents were not out of the ordinary.

“It doesn’t surprise me,” he told USNI News on Friday.
“Carrier aviation is dangerous business, especially when you’re first starting out.”

Borrowing heavily on Soviet technology, China has taken tentative and deliberate steps toward creating a fully functional carrier-centric strike group using Liaoning as a technology demonstration platform ahead of a domestic carrier program. 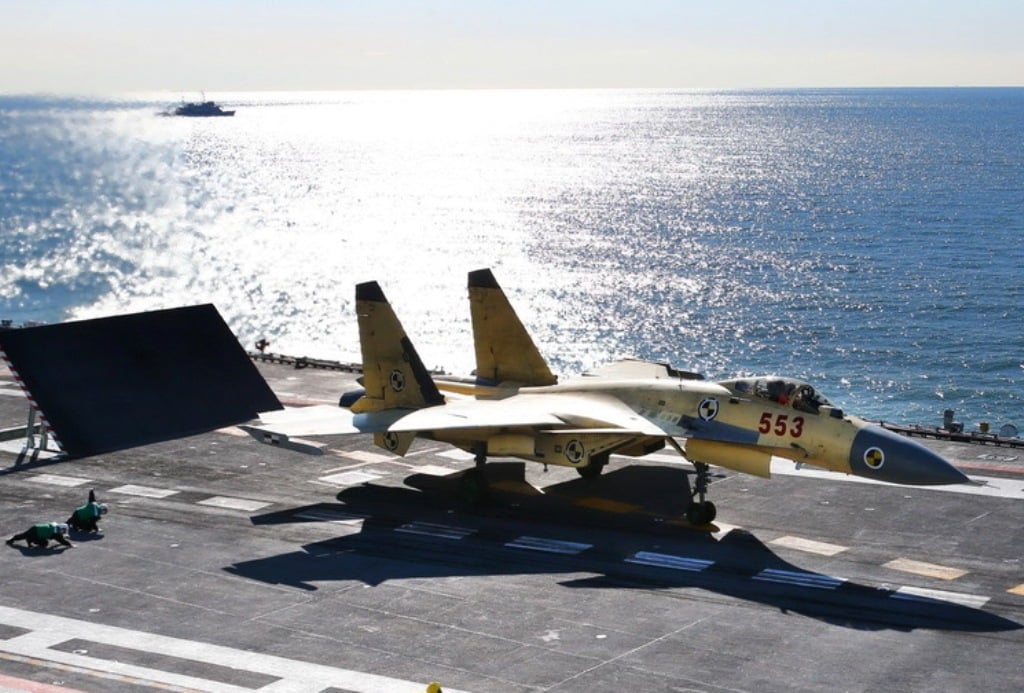 The J-15 is an unlicensed copy of the Sukhoi Su-33 Flanker designed to operate off of the Soviet designed and Ukrainian-built Liaoning.

The Chinese are reportedly learning carrier aviation from the Brazilian Navy pilots— who operate from a 1960s former French ship a third the size of a U.S. Nimitz-class carrier.

Still, the PLA is likely to learn the ropes of carrier aviation at a faster and less lethal clip than the U.S.

In 2013, Vice Adm. Ted Branch — then commander of the U.S. Navy’s Atlantic air arm now Director of Naval Intelligence — said the Chinese would “will learn faster than we did and they will leverage our lessons,” during a panel at the EAST: Joint Warfighting 2013 symposium in Virginia Beach, Va.

The U.S. lost thousands of pilots and aircraft learning how to fly jet fighters from aircraft carriers.

From 1949 to 1988, “the Navy and Marine Corps lost almost twelve thousand airplanes of all types (helicopters, trainers, and patrol planes, in addition to jets) and over 8,500 aircrew,” according to a section of the book “One Hundred Years of U.S. Navy Airpower” by Robert C. Rubel.
As for China, even the revelation of partial setbacks in the development of the China’s carrier ambitions is a rare admission from Beijing. Liaoning enjoys tremendous esteem in Chinese popular culture and the ship and its crew are highly revered throughout the country.

According to the report from Jane’s, Liaoning has recently left a four-month dry dock period and will likely soon resume flight tests.