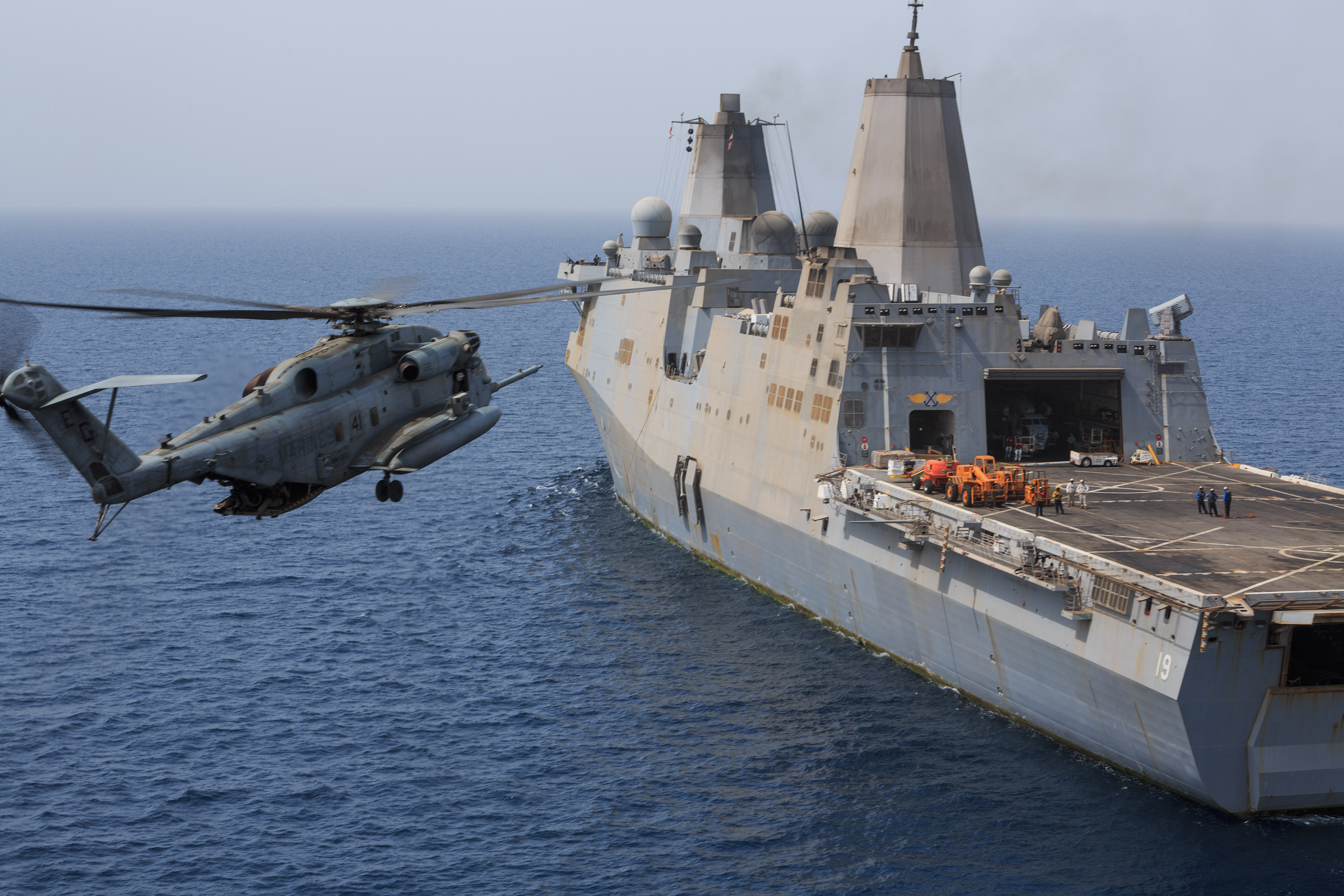 All 25 personnel were recovered from the crash — 17 Marines and eight sailors, according to the statement.

“The crash was not a result of hostile activity. The aircraft was transferring the Marines and Sailors back to Mesa Verde from training ashore in nearby Djibouti,” read the statement.

Some personnel with minor injuries were treated onboard the ship.

CENTCOM didn’t specify the origin of the flight, but it was likely from Camp Lemonnier outside of Djibouti’s capital. The base is the headquarters of the U.S. counter terrorism campaign in Africa and has in the past hosted CH-53 squadrons.

The cause of the crash is under investigation.