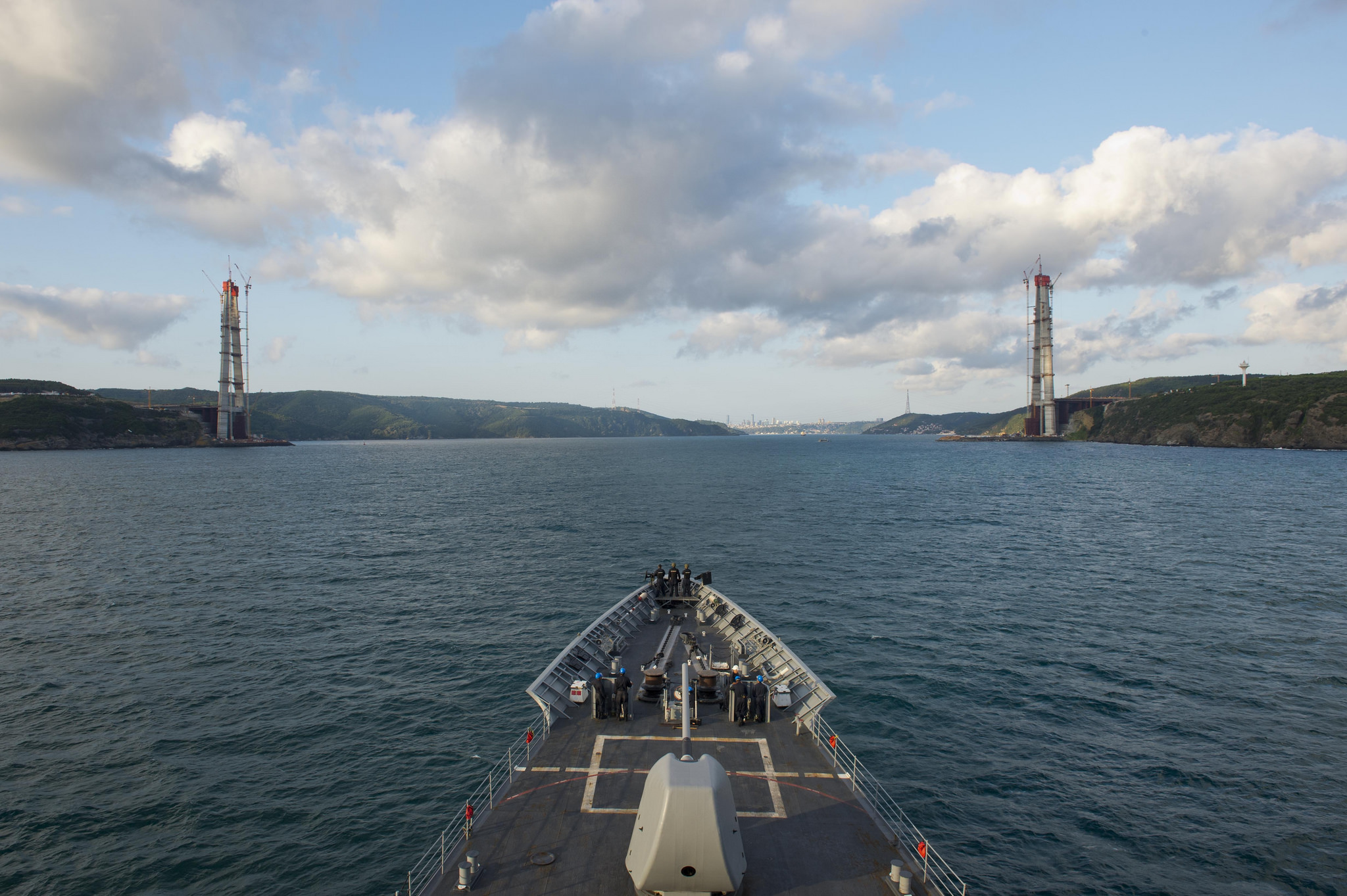 Vella Gulf has rotated in and out of the Black Sea in the past few months as part of NATO’s presence mission following the Russian seizure of Crimea region of Ukraine.

“Our Black Sea operations were excellent training opportunities for Vella Gulf to work with our maritime partners, and we enjoyed our port visits to Romania and Georgia,” said Capt. Robert Katz, Vella Gulf’s Commanding Officer in a Tuesday U.S. Naval Forces Europe-Africa statement. “Being [here] afforded the opportunity to work together with our partners helps build greater maritime domain awareness in the Black Sea.

The ship has previously been in the Black Sea in conjunction with the Breeze 2014 NATO mine sweeping exercise.

The French signals intelligence ship Dupuy de Lôme (A759) is also reportedly in the region.

Including the a recent NATO mine counter measures (MCM) exercise with Bulgaira, the number of NATO ships in the Black Sea has been up to nine — the highest level in several decades.