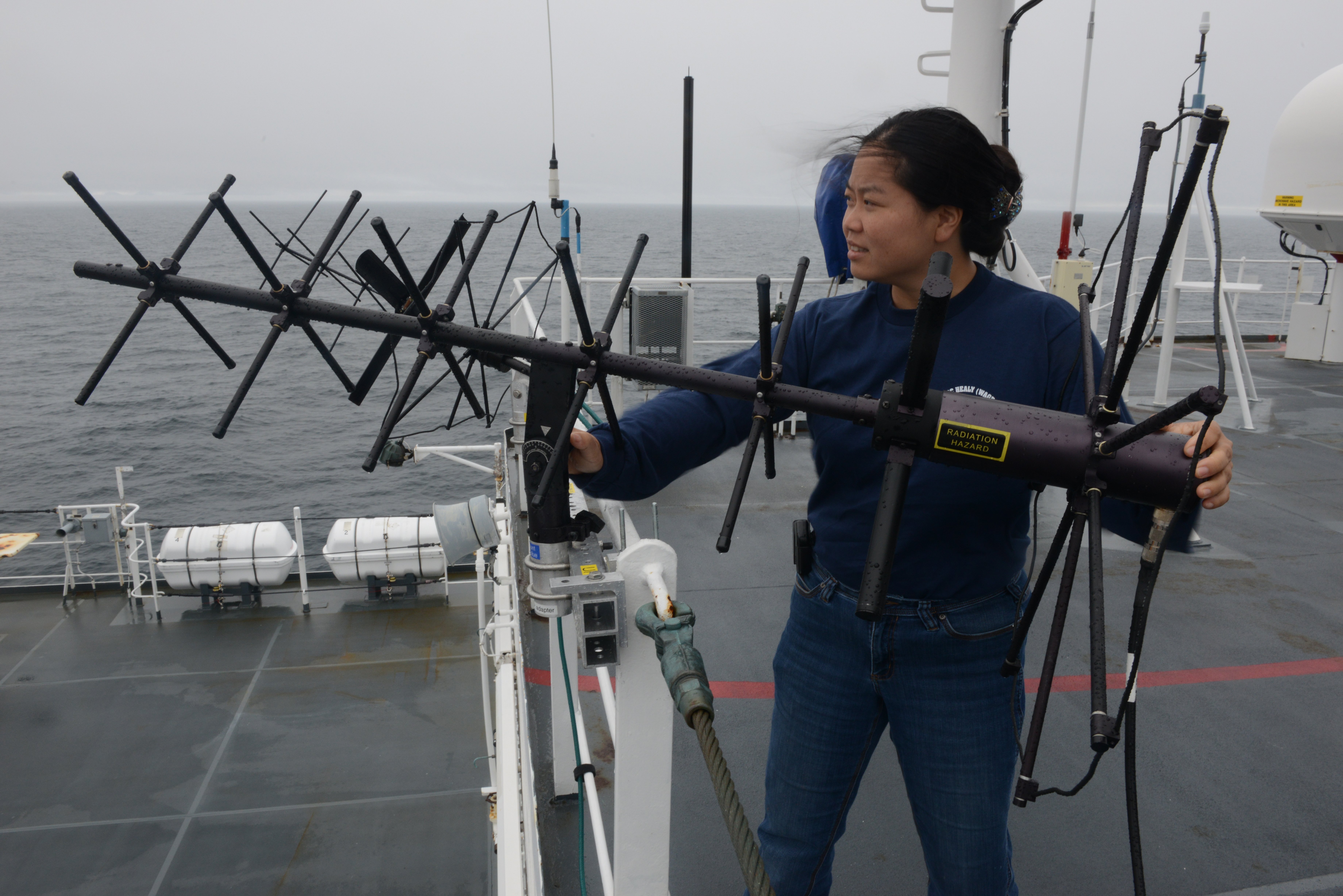 Amy Sun, an advanced program lead for Lockheed-Martin, adjusts a UHF antenna aboard USCGC Healy (WAGB-20) while underway near Alaska on Aug. 10, 2014.

Most naval tasks in the Arctic has always been difficult — and not just because of the cold. The region is one of the least charted int he world and the infrastructure is limited.

“Up in the Arctic Sea you can’t get reliable communication from traditional military systems,” Scearce said.
“Our system spec that we were designed to stops at 65 [degrees north latitude]. In order to meet the new requirements there was a lot of inherent capability built in. We didn’t add these features to go to the Arctic, it’s just inherent in the architecture.”

In 2013 Lockheed conducted its own tests to see if MUOS would work in the region.

“We took it out on our own. We chartered a C-130, took three different radio and made calls all the way up to 89.5 [degrees north latitude],” Scearce said.
“When we started showing the demonstration a lot of users perked up… [Now] these are now government exercises that we’re supporting.”

Other recent government tests included a trip to the Navy’s 2014 ICEEX in May.

The test, sponsored by NORAD and U.S. Northern Command (NORTHCOM), will start at 65 degreed north latitude and travel as far north as possible. The Lockheed onboard will attempt to communicate with sites as far north as Canadian Forces Station Alert, as well as Colorado Springs, Colo. and San Diego, Calif., Scearce said. 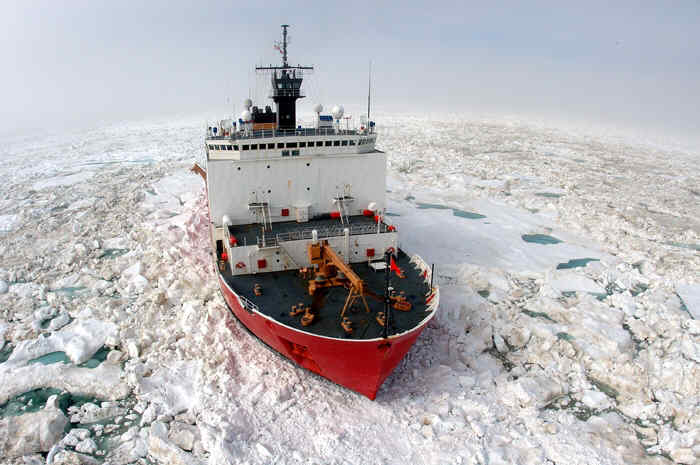 He’s quick to point out there are limitations.

“It’s not complete Polar coverage 24-7. That’s part of what the operators want to understand,” Scearce said.

Current estimates say the Northwest Passage — between the Arctic and Canada — could enjoy 24-hour coverage and it diminishes to about 8 hours a day closer to the North Pole.

The system promises a ten times increase in data speed from the legacy UFO systems with rates up to 384 kbs.

The planned five MUOS satellites will plan to be used in conjunction with ground stations Hawaii, Italy, Western Australia and Chesapeake, Va.

The program has suffered setbacks. Ongoing protests in Sicily, the location of the Italian ground station, have delayed completion of the signals station.

Additionally, the 2011 cancellation of the Joint Tactical Radio System (JTRS) has left only the General Dynamics AN/PRC-155 manpack radio as the only program-of-record terminal, though Rockwell Collins and Harris have developed their own MUOS capable terminals.