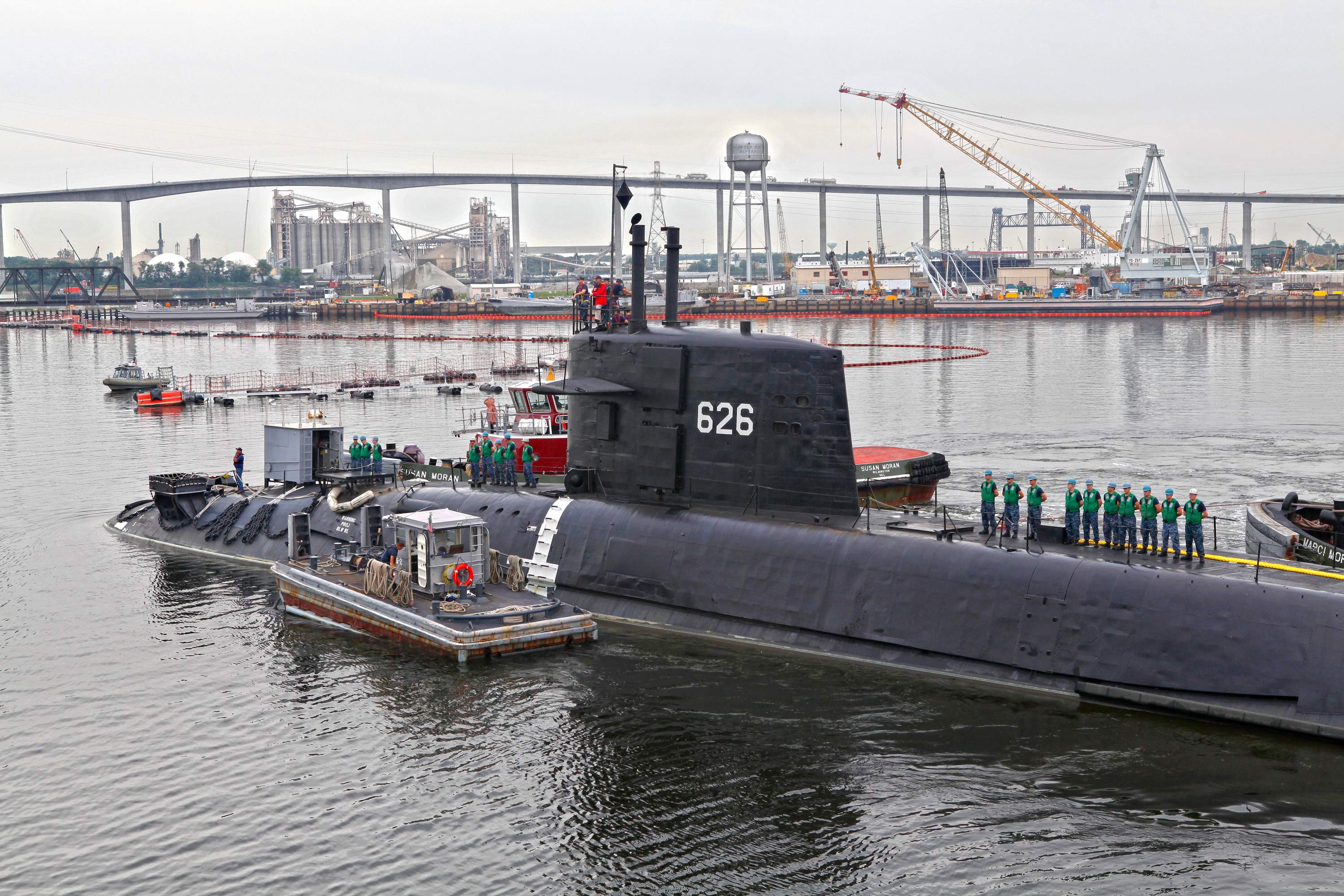 A Navy investigation of a seven-year long cheating ring in one of its most renowned training schools has resulted in the expulsion of 34 sailors from the Navy and another 10 sailors remain under investigation, the service announced today. The investigation, begun when a sailor tipped off authorities in February, found more than 76 senior enlisted staff instructors (E-6s and E-7s) at the Naval Nuclear Power School (NNPS) in Goose Creek, S.C. had participated in a system to cheat on the classified engineering watch supervisor (EWS) qualification.

The Petty Officers and Chiefs — assigned to the nearby Moored Training Ship 626 (the former USS Daniel Webster) Staff Training Group — created a network of thumb drives, CDs and emails known as the “Pencil File” aligned to the five versions of the EWS test, according to the Navy’s report of the investigation dated March 15 and released on Wednesday.

Due to their positions, the sailors knew which version of the test would be scheduled and pass out the so called, “Pencil Number” to the cheaters.

The Navy adjudicated 68 cases at Admiral’s Mast and found 36 sailors at the unit had been involved.

“Punishment was suspended for two of the 36 sailors based on their minimal involvement and their strong potential for rehabilitation,” according to the report. The remaining 34 had their security clearances stripped and were booted from the service.

A total of 78 personnel were found to have cheated on the EWS exam over the seven year period.

Authorities were made aware of the cheating when a sailor reported the ring on Feb. 2. The next day both chief of naval operations Adm. Jonathan Greenert and head of Naval Reactors Adm. John Richardson held a press conference to address the issue.

The Navy is now in the process of evaluating procedures in its nuclear testing enterprise and continuing to investigate how the ring operated for so long without being detected.

“Appropriate actions will be taken to hold accountable officials bearing responsibility for allowing incidents of cheating at NPTU Charleston to continue undetected for at least seven years,” read a June 6 endorsement of the investigations findings by head of Naval Reactors, Adm. John Richardson.

The Navy is now undertaking a comprehensive review into its nuclear training pipeline following the discovery of the ring.

“This incident identified a number of areas in need of improvement in the Program. The NNPP has taken this as an opportunity to conduct a thorough self-evaluation, establish root causes, and apply appropriate corrective actions,” wrote Richardson.

The Navy has 16,000 nuclear trained sailors who operate the reactors that power the service’s aircraft carriers and submarines.

Unlike the Air Force, which continues to make headlines for cheating scandals related to the network of nuclear intercontinental ballistic missiles, Navy cheating on this scale has been rare and isolated to ongoing qualifications underway — most recently in 2010 onboard the USS Memphis (SSN-691).