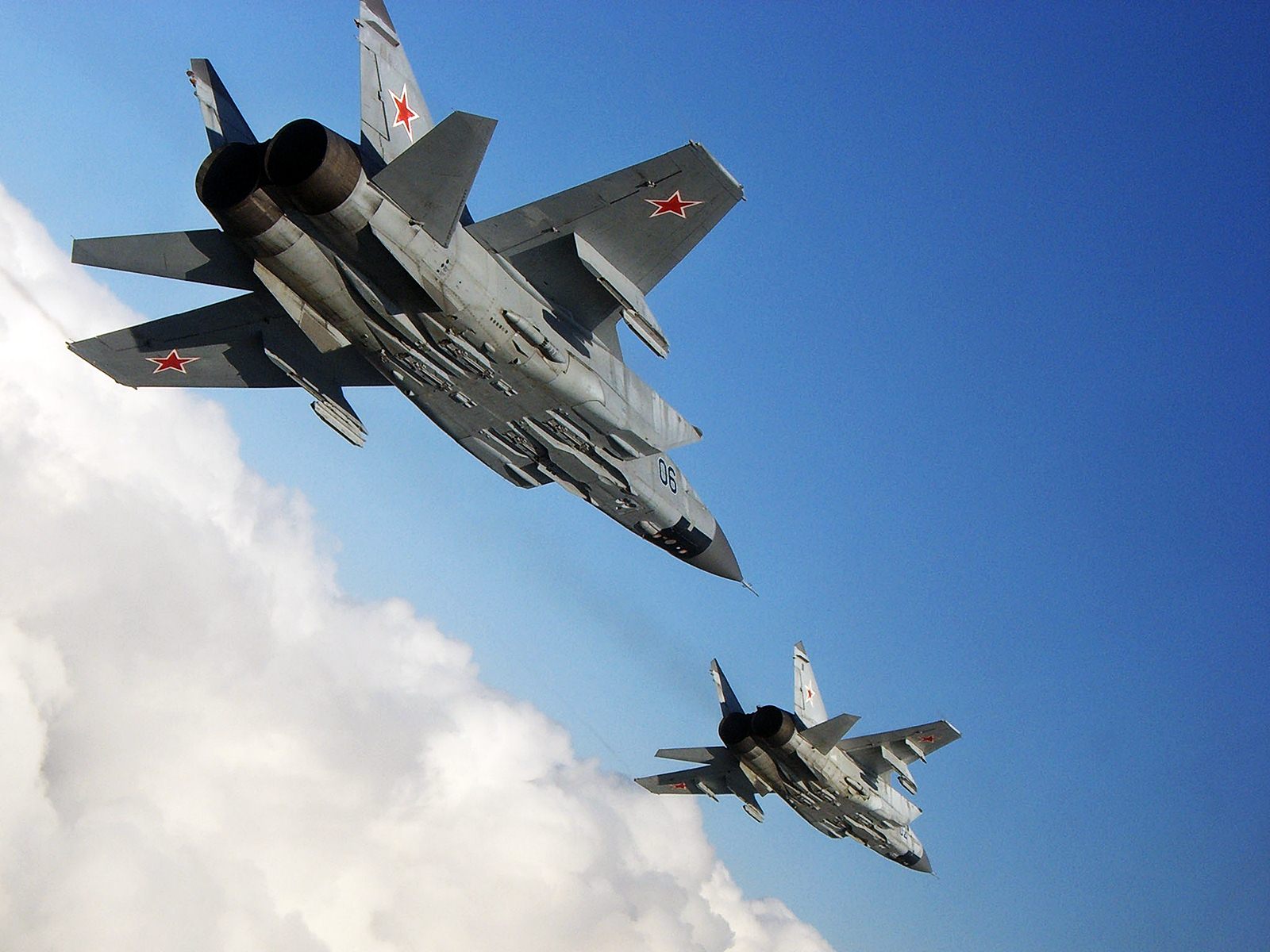 A pair of Mikoyan MiG-31 Foxhound

Russia is hoping to start developing a replacement for the Mikoyan MiG-31 Foxhound interceptor starting in 2017 according to state media outlet RIA Novosti.

“From 2017 we will start working on a new long-range interceptor to replace MiG-31,” Col. Gen. Viktor Bondarev, commander of the Russian Air Force, told RIA Novosti.

Russia hopes that the new interceptor will enter service in 2025. Bondarev had said in 2013 that the Russian air force was hoping to induct a MiG-31 replacement by 2020. Russia still has at least 122 MiG-31s, which it is expecting to retire by 2028.

Last year, Bondarev told RIA Novosti that the Russian Air Force is hoping to receive a new long-range fighter-interceptor by 2020.

The Foxhound was originally developed from the Mach 3-capable MiG-25 Foxbat. Unlike the MiG-25, the Foxhound is capable of supersonic flights at low-altitude and mounts the world’s first fighter-mounted phased-array radar called the N007 Zaslon. Like its Foxbat progenitor, the MiG-31 is extremely fast—it is capable of sustained flight at speeds of Mach 2.83.

The jet is primarily armed with the Vympel R-33 long-range air-to-air missile though upgraded aircraft can be armed with the R-77 and new R-37 missiles. The aircraft first entered service with the Voyska PVO (Soviet Air Defense Forces) in 1982. The last MiG-31 rolled off the production line in 1994—a casualty of the collapse of the Soviet Union.

Russia is already developing a fifth-generation replacement for its Su-27 Flanker-derivative fleet called the Sukhoi T-50 PAK-FA. Potentially, Russia could leverage the PAK-FA’s technology to develop a Foxhound replacement, but the Russian timeline to develop a MiG-31 replacement is optimistic at best.

Indeed, according to RIA Novosti, Russian deputy prime minister Dmitry Rogozin suggested on Aug. 8 that Russia simply reopen the MiG-31 productions line. Rogozin noted that the Foxhound has no direct Western analogue. In many respects, the MiG-31 design stems directly from Russia’s unique requirements to defend its immense landmass.