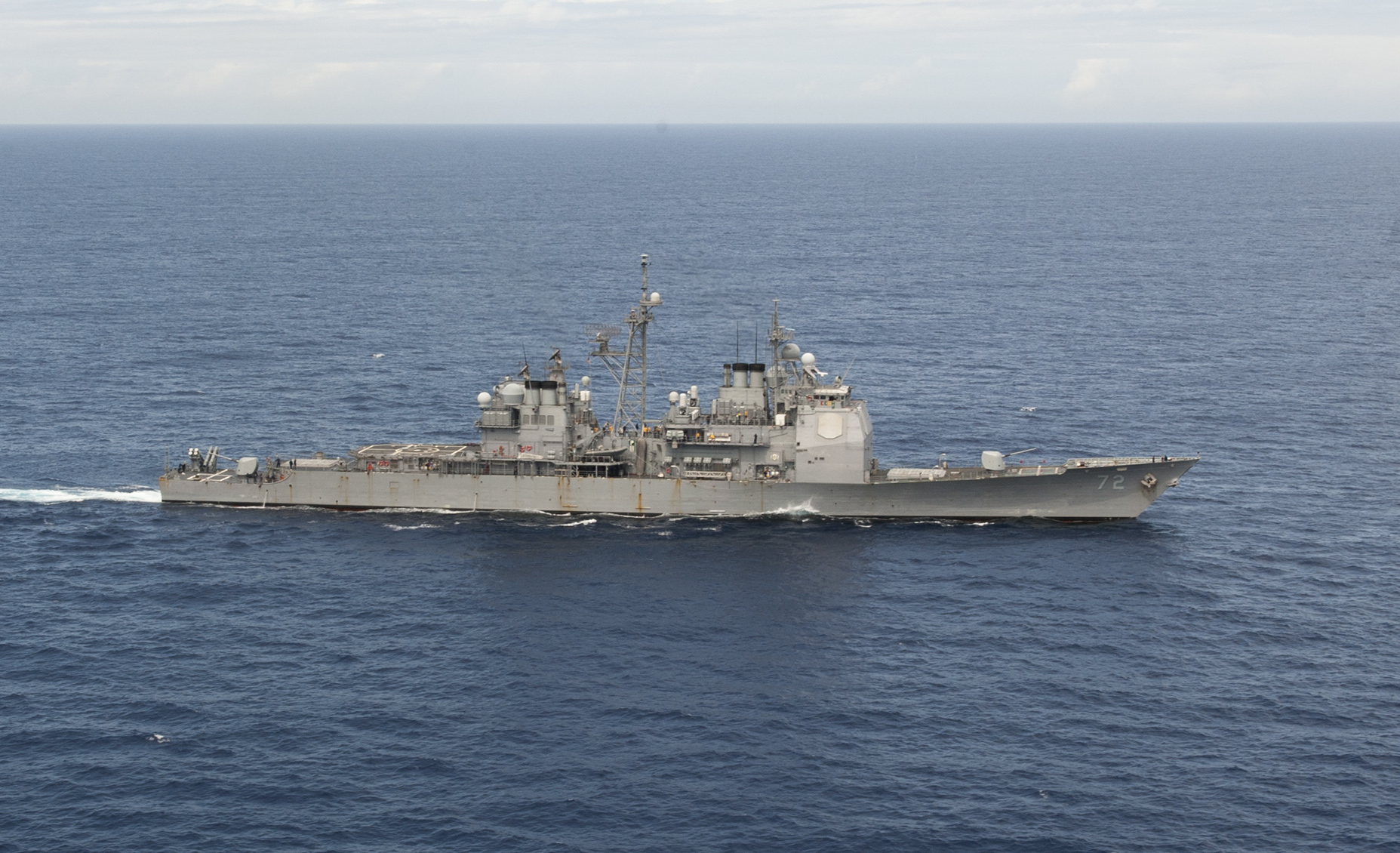 “Vella Gulf’s mission is to improve interoperability and work toward mutual goals, demonstrating the United States’ commitment to strengthening the collective security of NATO allies and partners in the region,” according to a Navy press release.

The ship has previously been in the Black Sea in conjunction with the Breeze 2014 NATO mine sweeping exercise.

The Ticonderoga-class cruiser has been in and out of the Black Sea and the Eastern Mediterranean since May as part of a series of NATO and U.S. presence missions to reassure allies following the seizure of the Crimea.

According to a ship tracking blog, other NATO ships from France and Italy have left the Black Sea within the last month.

It’s unclear what other NATO ships are currently in the Black Sea. Messages with U.S. Naval Forces Europe-Africa were not immediately returned.

The 9,800 ton Vella Gulf enters the Black Sea as tensions between U.S. allies and Russia are nearing an all time high.

Following a Thursday meeting with Ukrainian defense officials, NATO Secretary General Anders Fogh Rasmussen indicated NATO would work more with Ukraine.
“We are advising Ukraine on defense planning and defense reform, and we are ready to intensify this cooperation,” Rasmussen said.

For its part, Russia has been critical of the military moves in the region.

“No matter what our Western counterparts tell us, we can see what’s going on,” Russian Vladimir Putin said in a defense meeting on July 22.
“As it stands, NATO is blatantly building up its forces in Eastern Europe, including the Black Sea and the Baltic Sea areas. Its operational and combat training activities are gaining in scale.”