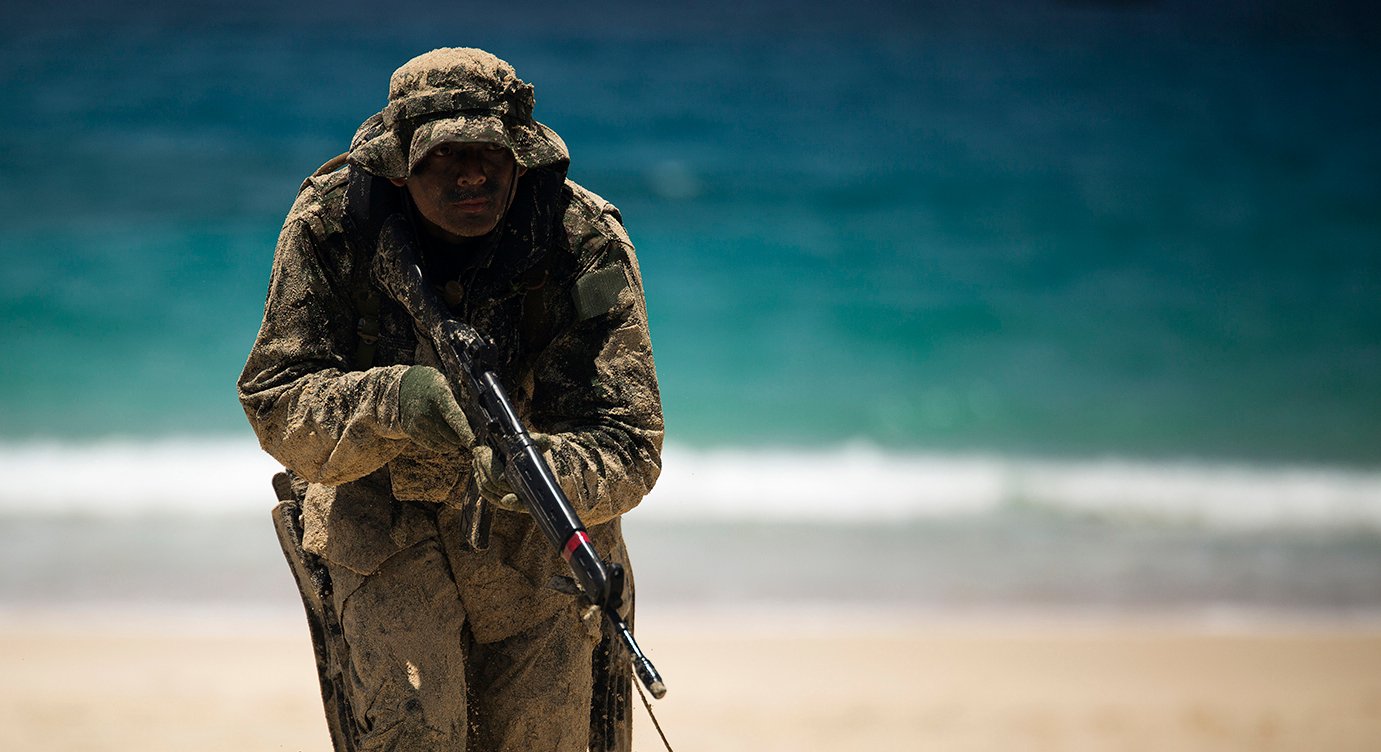 Japan’s security environment is “increasingly severe”, according to the Ministry of Defense released its annual defense policy white paper. The report singles out China, Russia and North Korea as potential security threats involving cyber attacks, provocations on the high seas and nuclear weapons.

The paper also outlines further details regarding Japan’s new “dynamic defense”, a series of organizational reforms as well as a five-year procurement plan for defense equipment. The changes to the structure of the Japanese Self Defense Forces (JSDF) are the most sweeping since the end of the Cold War. The reorganization seeks to implement new capabilities while preserving old ones, without an increase in overall Self Defense Force manpower.

The crux of Japan’s new defense policy is the revamping of the three Self Defense Forces, Ground, Air and Maritime into a new joint “dynamic defense force”. The force would be highly mobile, capable of operating throughout the Japanese archipelago, especially on the outer fringes such as the Senkaku Islands where basing military forces is difficult. Taking a cue from the United States military, the Self Defense Forces would become more “joint”in nature, with two or more of the services capable of working in the field together.

Primary missions envisioned for the “dynamic defense force”include defending against invasion of remote islands, defending against cyber-attacks, containing an attack by special forces or guerrillas, disaster relief and noncombatant emergency evacuations. An NEO operation could be anything from rescuing Japanese nationals from terrorists to evacuating civilians from South Korea in the event of a war.

The defense budget itself will see a slight increase. The 2014 budget will be approximately $46.9 billion at current exchange rates — a 2.2 percent increase over 2013. This includes $1.88 billion in host nation support for U.S. forces in Japan. 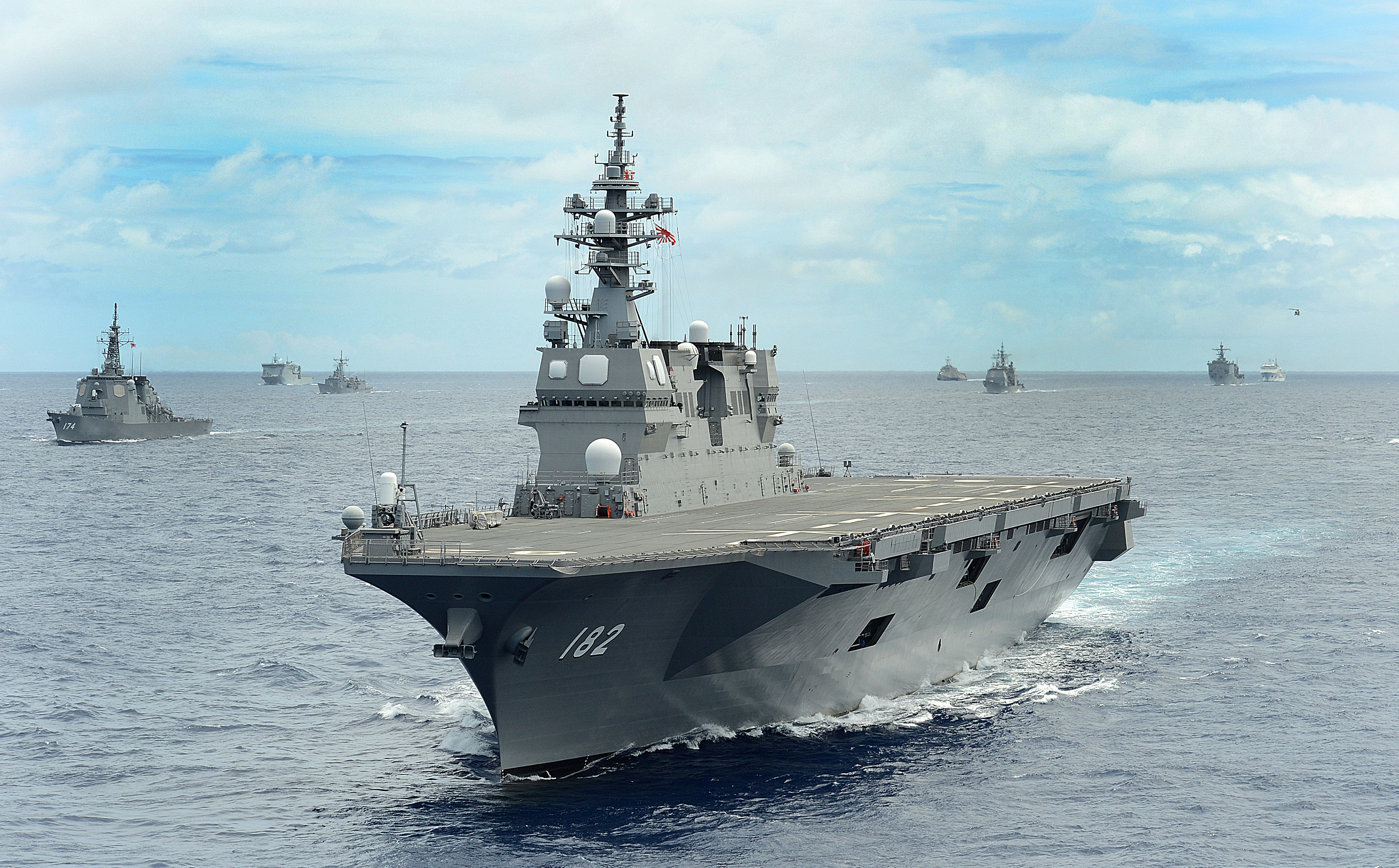 One interesting development is the mention of a new destroyer type with modular capabilities similar to the Littoral Combat Ship. The new destroyer is projected to be smaller, with a towed sonar array instead of a sonar in the bow. It will be capable of being fitted with modular minesweeping equipment. The fielding of this new destroyer and an overall increase in the destroyer force will coincide with a 25% reduction in the number of minesweepers, set to drop to 18. The MSDF is apparently trying to increase the number of destroyers while not increasing overall manpower and maintaining a strong minesweeping capability. 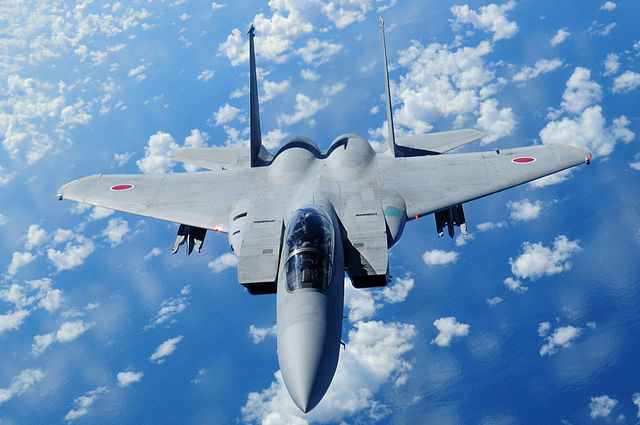 The Air Self Defense Force will likewise see a number of changes. In order to guard against Chinese airspace violations over the Senkakus and Ryukyus, the ASDF will double the number of F-15Js based at Naha Air Base on the island of Okinawa. The SDF will also double the number of Airborne Early Warning Squadrons controlling Japanese E-767 AWACs and E-2 AEW aircraft from one to two, with one squadron, the 603rd, permanently based at Naha. Four more AWACs or AEW aircraft will be purchased.

The ASDF fighter force is planning to expand. A new fighter squadron will be established while the ASDF’s only reconnaissance squadron will be disbanded. Twenty-six F-15J fighters will receive upgrades. Japan is placing a down payment on its first batch of 28 F-35A Joint Strike Fighters (JSF), which will be based at Misawa Air Base.

The Ground Self-Defense Forces will adapt to become more strategically agile. Japan is currently building up an amphibious brigade around the Western Army Infantry Regiment. The new brigade, to be based at Nagasaki, will be responsible for defending the Ryukyu and Senkaku islands. The brigade will be composed of several regiments (battalions) totalling 3,000 troops in all and equipped with 52 Amphibious Assault Vehicles. Seventeen V-22 Osprey tilt rotor aircraft will provide lift for a quick reaction force.

A restructuring of the GSDF will turn half of standing units into so-called “rapid deployment formations”, brigades and divisions capable of rapid movement to respond to domestic crises (such as earthquakes and other natural disasters) and capable of reinforcing Japan’s periphery. The rapid deployment force will consist of three divisions and seven brigades. Towards that end, Japan is shedding most of its tanks, retaining a core force of about 300. Mobile firepower will be provided by the new Mobile Combat Vehicle, a wheeled fire support vehicle analogous to the Italian Centauro.

Finally, citing increased Chinese activity in the East China Sea, the GSDF will station coastal observation and area security units throughout the Ryukyu Islands, to provide a security presence and monitor Chinese military movements in the area. Mobile air defense radars will be deployed to remote islands. Japan will also be standing up nine new anti-ship missile companies, which if moved to the Ryukyus could close the Miyako Strait to foreign ship traffic.

According to the white paper, Japan is establishing a Cyber Defense Group, to be placed under the C4 Systems Command. Reflecting the growing importance of cyberwarfare, organizationally the CDG will be only two levels under the Minister of Defense. The unit will monitor the Ministry of Defense and SDF networks 24 hours a day to prevent “increasingly sophisticated and complex”cyberattacks. The CDG will also interface with each Self Defense’s individual cyberwarfare unit.

Curiously, the document says very little about a cornerstone of Prime Minister Shinzo Abe’s defense reform: collective self defense, specifically with regards to the United States. The paper was likely written before the policy became official earlier this summer.