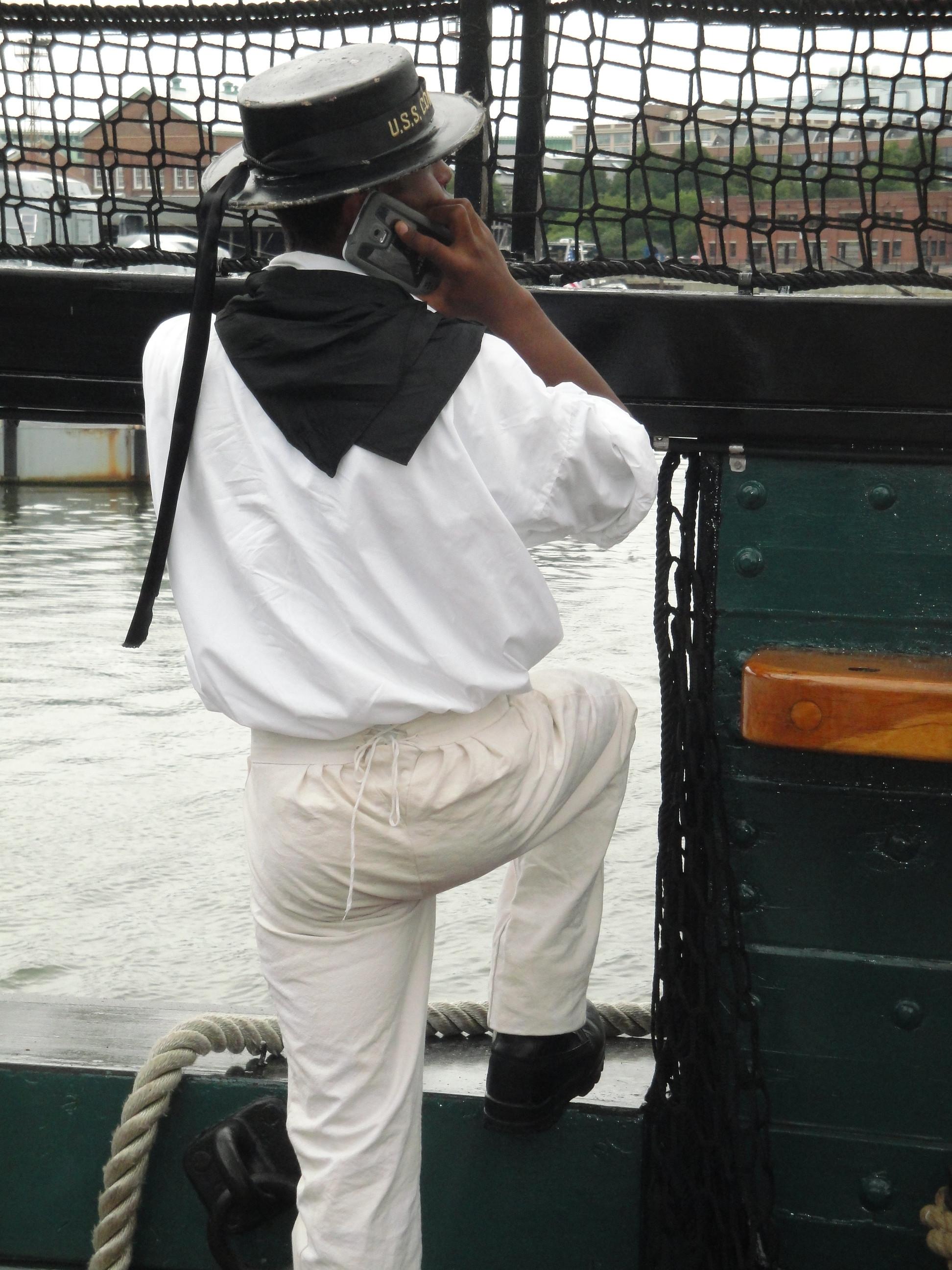 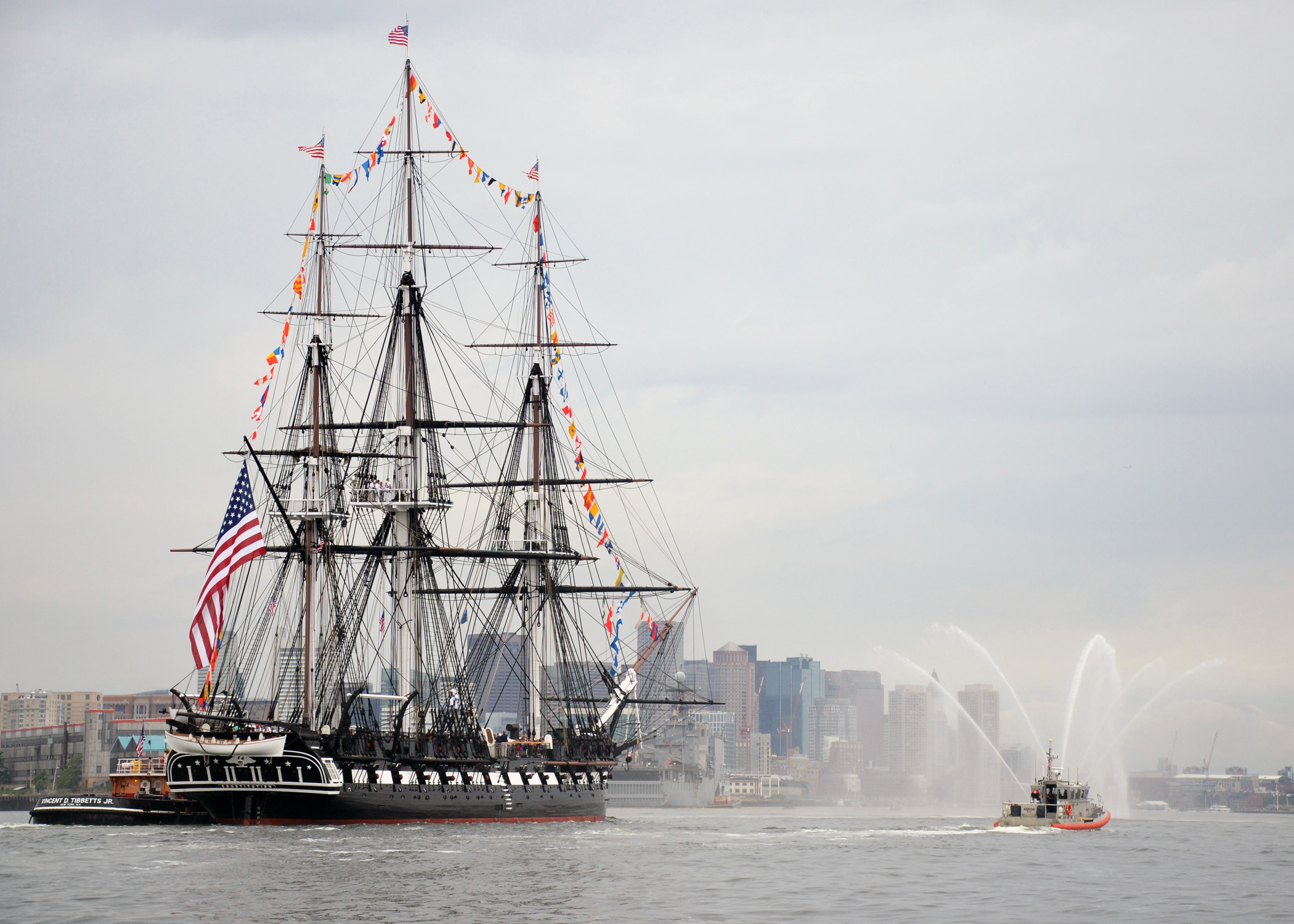 The short trip took Constitution from its slip in Boston’s inner harbor to Castle Park.

Along the way, USNI News saw a centuries old sailing tradition with several reminders of the modern naval era.

USS Constitution was part of the six frigates the U.S. built to protect merchant vessels from piracy threats in the Mediterranean.

The ship was made famous in the War of 1812 following several engagements with the Royal Navy earning Constitution the nickname “Old Ironsides.” Since then the ship has remained in commission undergoing several renovations and crewed by about 50 active duty U.S. Navy sailors. 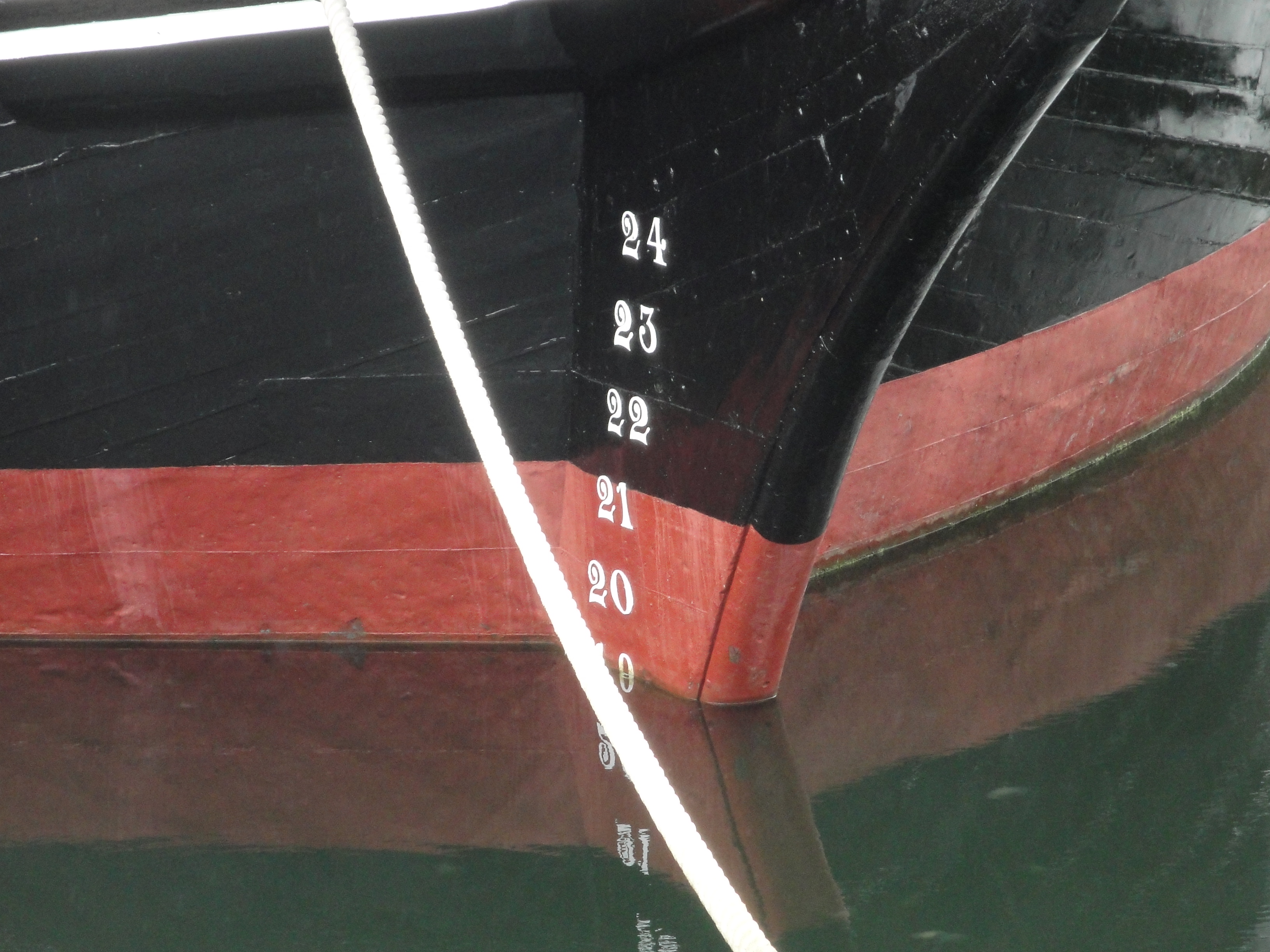 Though Constitution is made of wood, it’s a heavy ship — 2,286 tons. The ship drafts from 21 to 23 feet, slightly the same as U.S. Navy Oliver Hazard Perry frigate. In order to maintain the ship’s hull and masts, the Navy solicits donations of live oak and maintains the Constitution Grove, a naval timber reserve, at Naval Weapons Support Center Crane, Ind. Only about 10 to 15 percent of the original wood used for the ship remains, according to the USS Constitution museum. 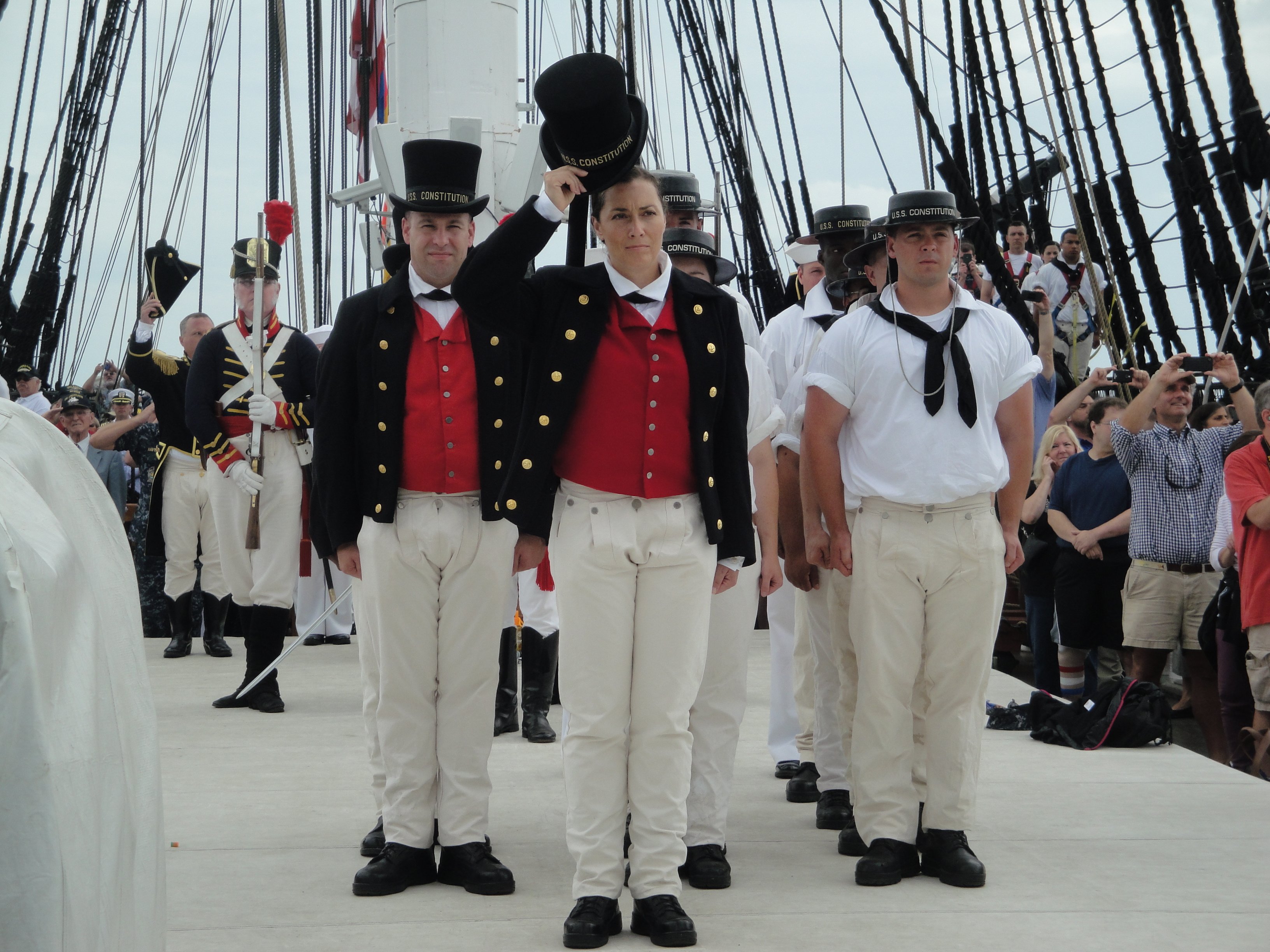 The crew of Constitution wears a mix of standard naval uniforms and traditional naval gear from the time of the ship’s commissioning. The commander’s so-called “Cap’n Crunch” cocked-hat headgear and the top hats of the sailor’s senior enlisted were alongside the service’s current blueberry working uniform. 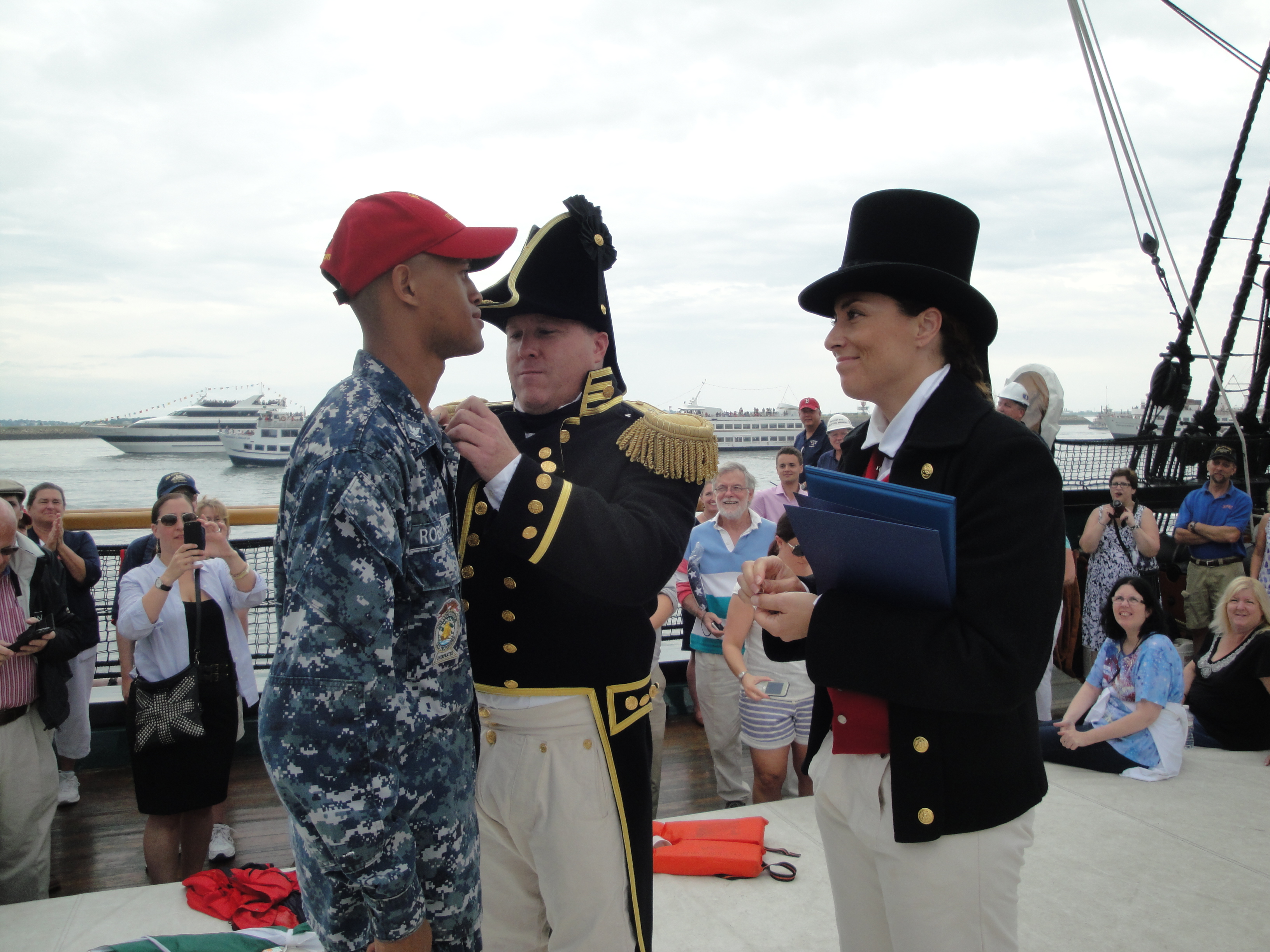 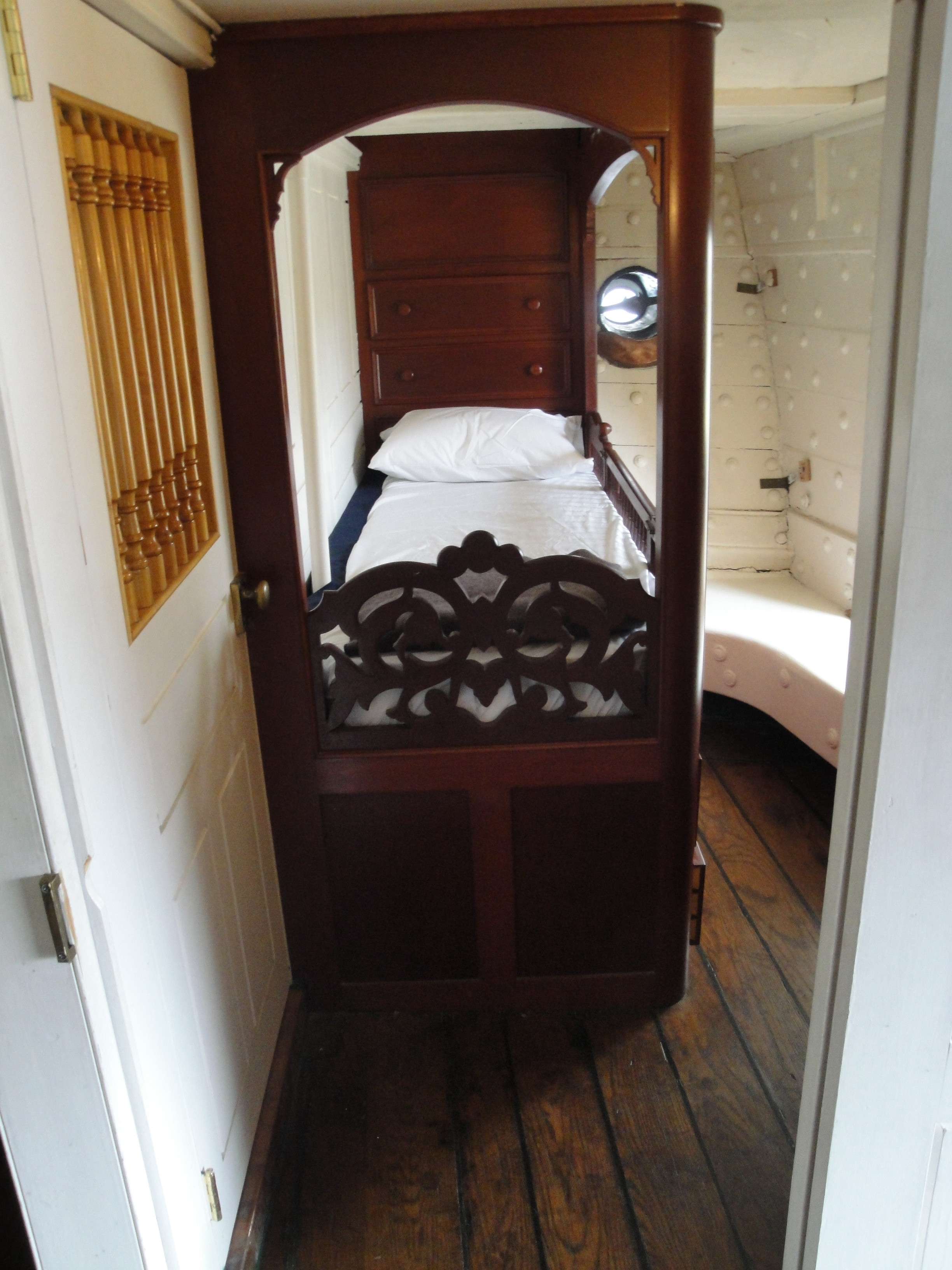 One of two mirror image cabins for the ship’s captain or an embarked commodore. Glenn Moyer Photo

The most opulent quarters onboard are two cabins to the aft of the ship reserved for the captain and a visiting commodore. The spaces mirror each other with large windows looking out to the sea which also contained the heads for the cabins. 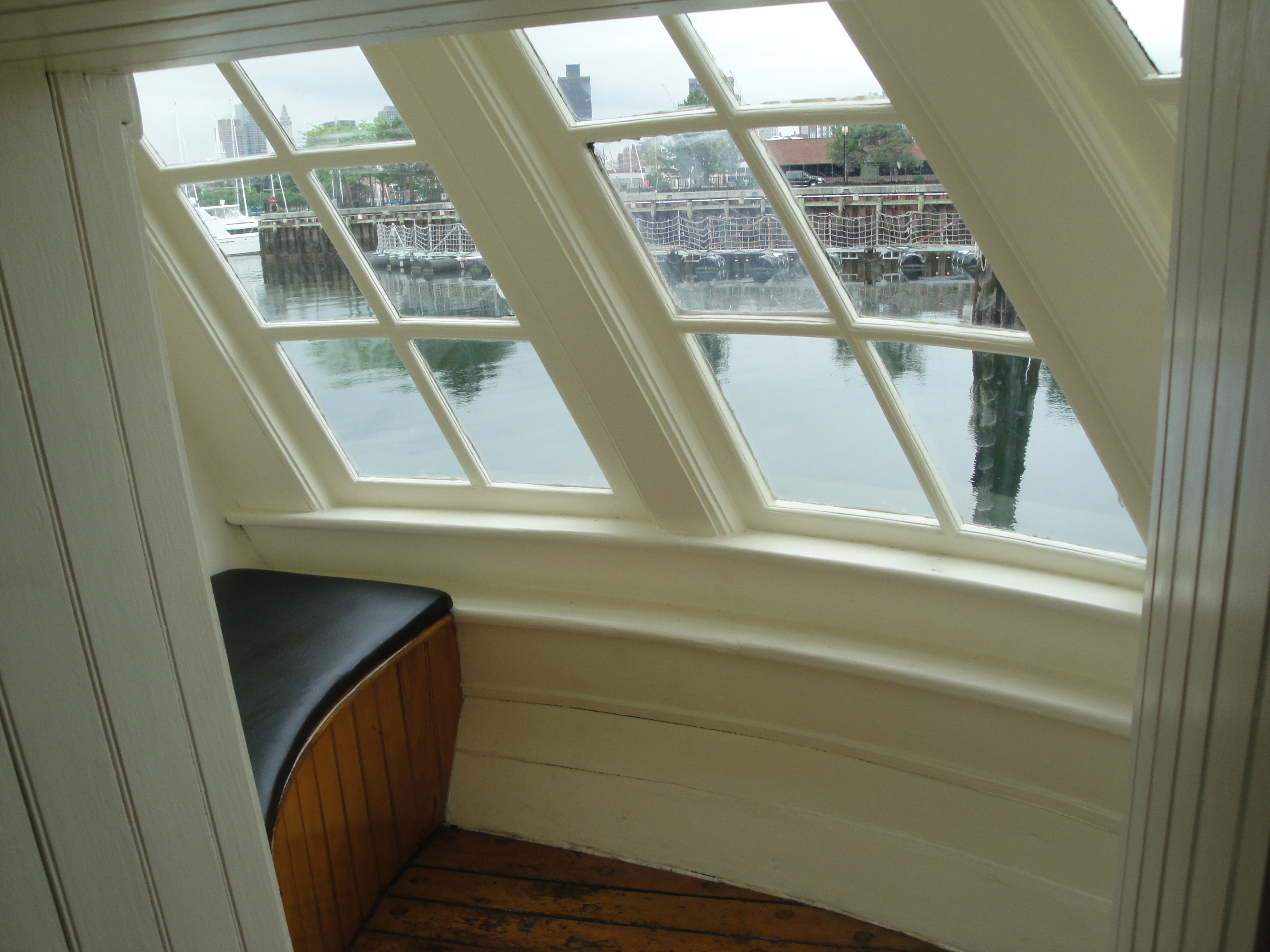 The port cabin window with the seat that conceals the original captain’s head. Glenn Moyer Photo

Enlisted sailors slept in hammocks suspended from the ceiling on the ship’s berthing deck. A major upgrade in the current version of Constitution is much more modern head facilities. 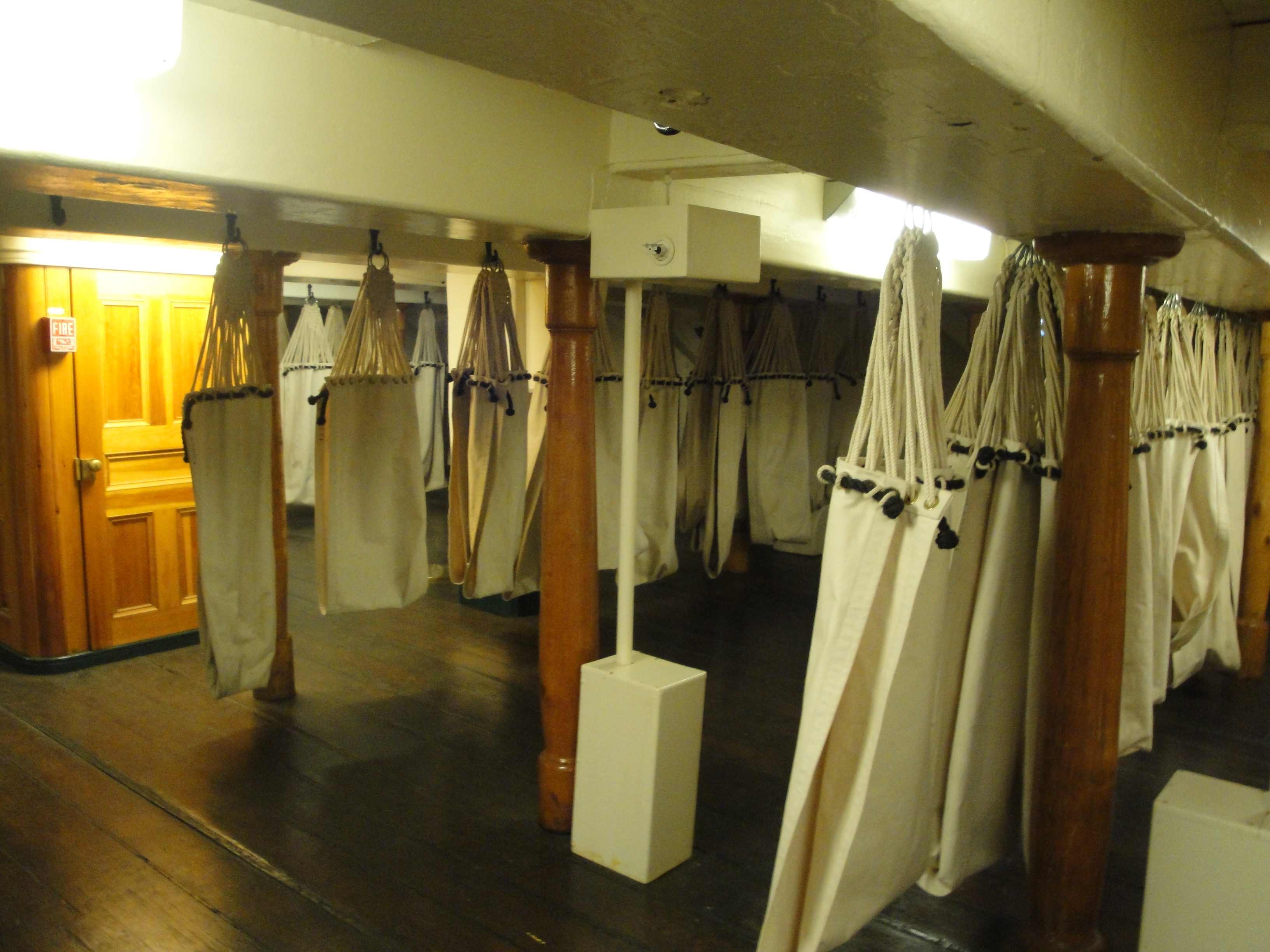 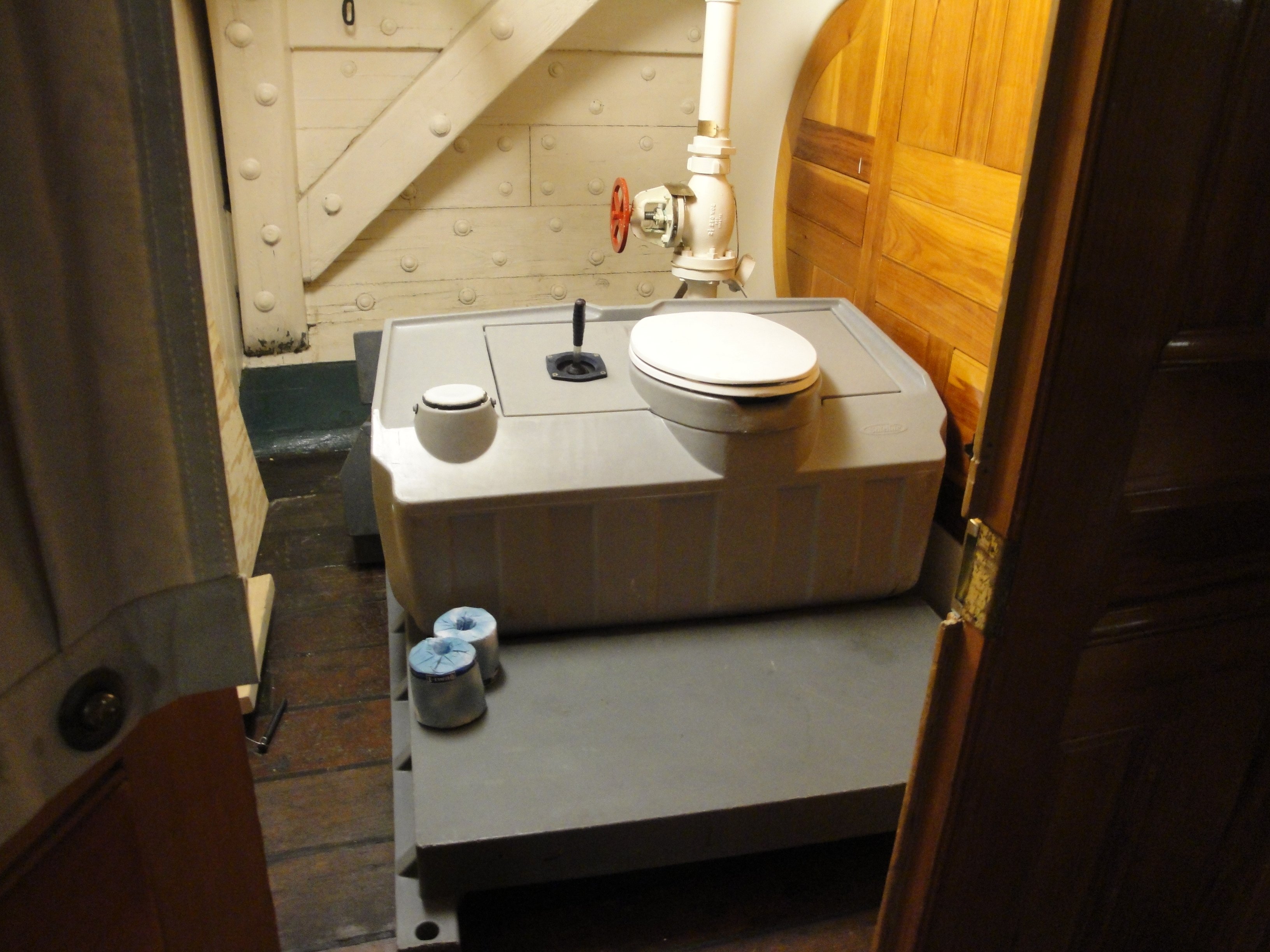 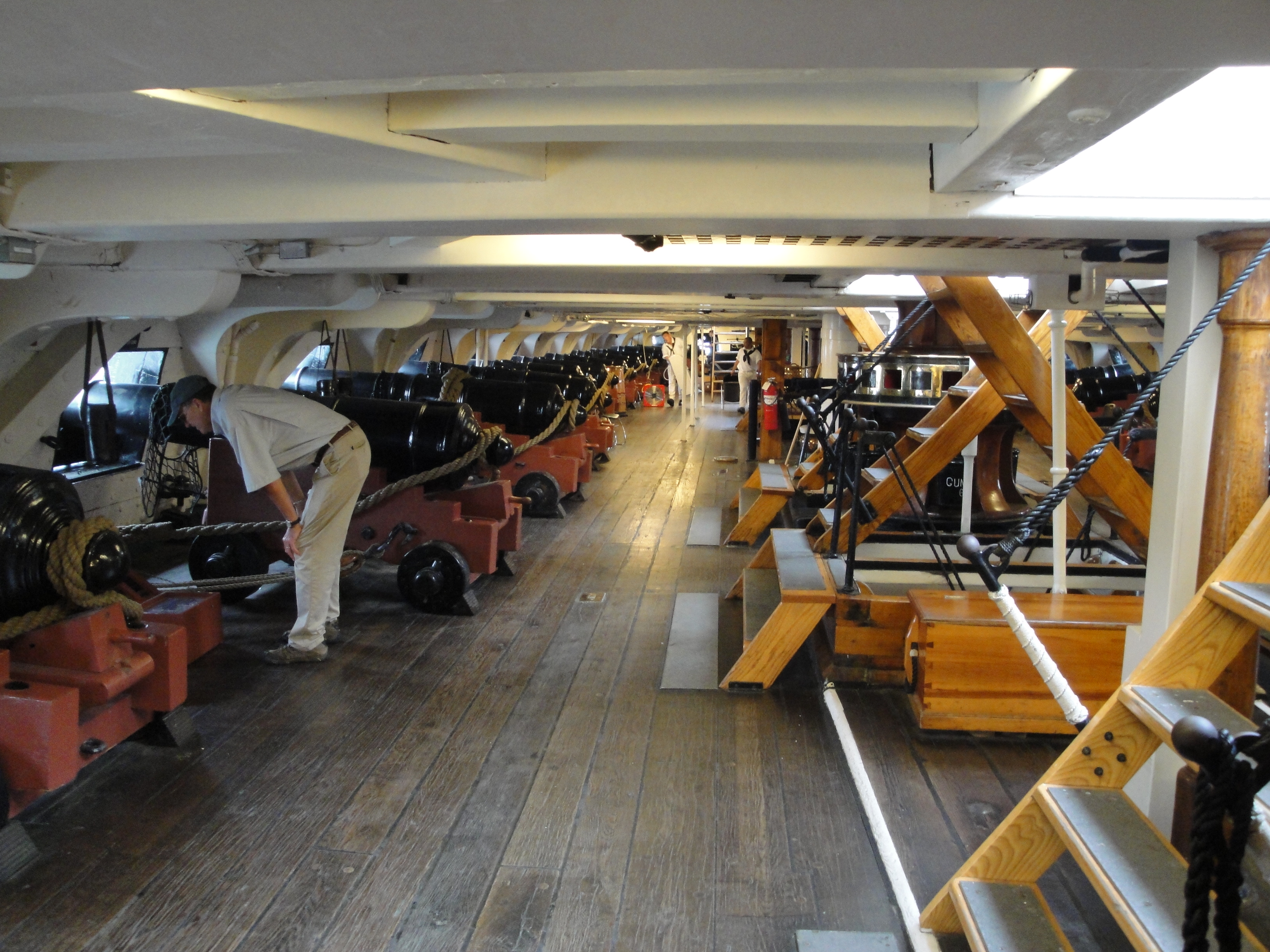 The ship commissioned with 32 24-pounder long guns, 20 32 pounder carronades and 2 24 pounder bow chasers. Now only two of the guns are active to allow the ship’s crew to render ceremonial salutes while underway. 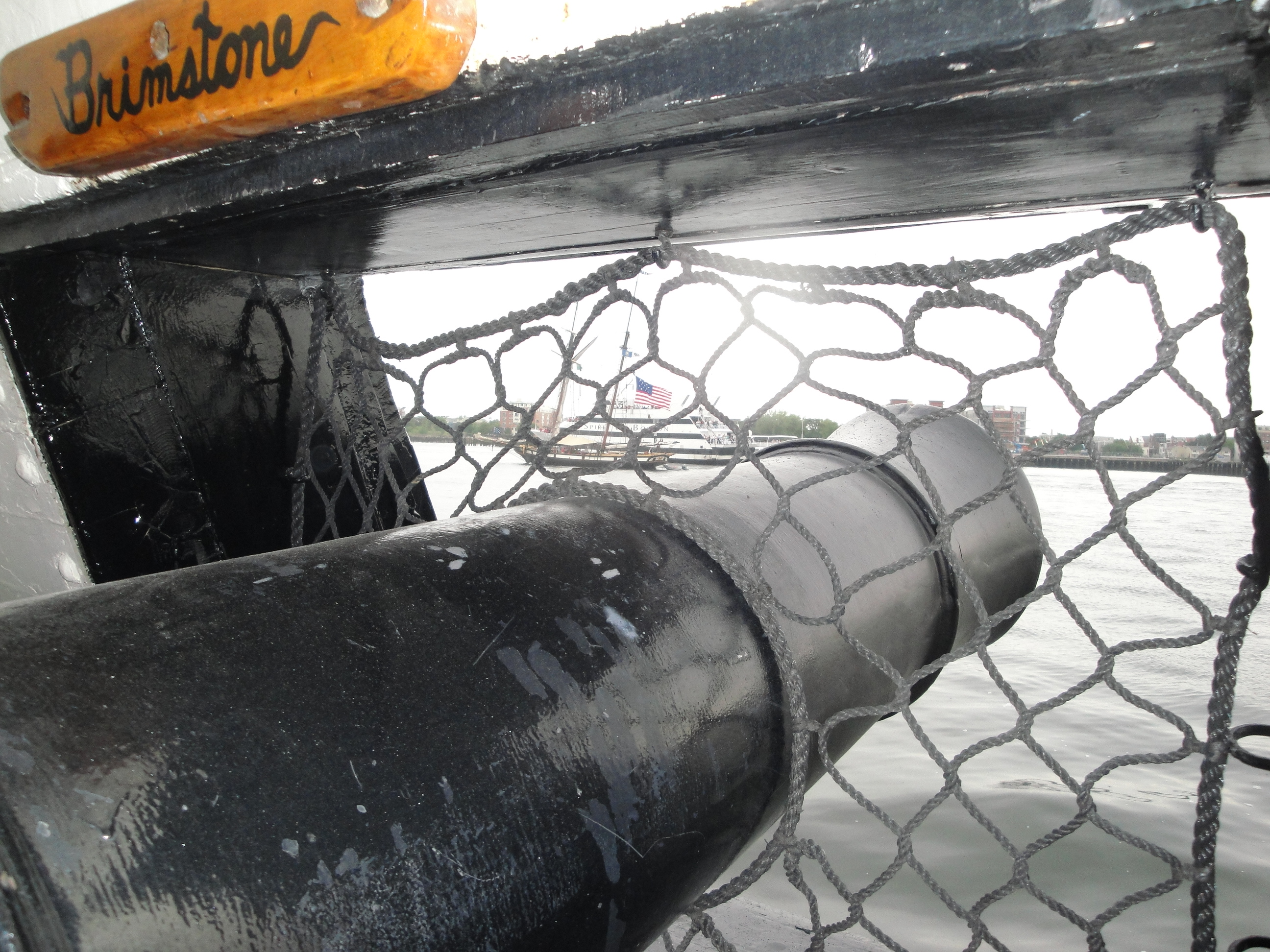 On the July 4 trip, the ship rendered a 21-gun salute to Ft. Independence on Castle Island at the mouth of Boston’s inner harbor. In another contemporary twist, instead of using the traditional long chant to keep the timing of the salute accurate, the ship’s crew used a timer on a modern smartphone. 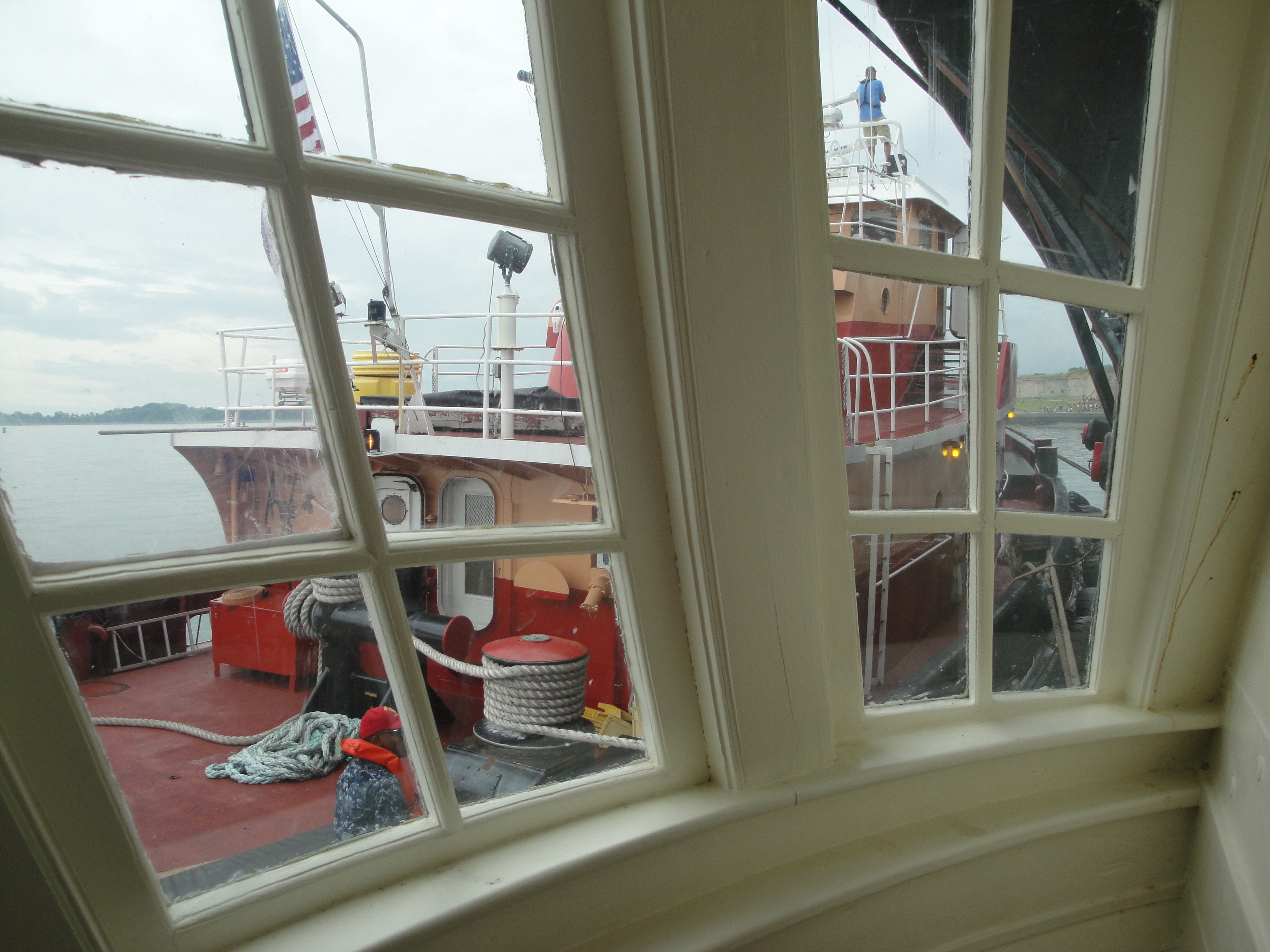 Tug boat that moved the ship through the harbor. Glenn Moyer Photo

When it was commissioned, Constitution was among the world’s fastest warships. Under full sail, the ship could reach speeds of up to 13 knots. However, the ship rarely now travels by sail power. For the July 4 trip, Constitution moved through the harbor via tug.

Back to the Yard 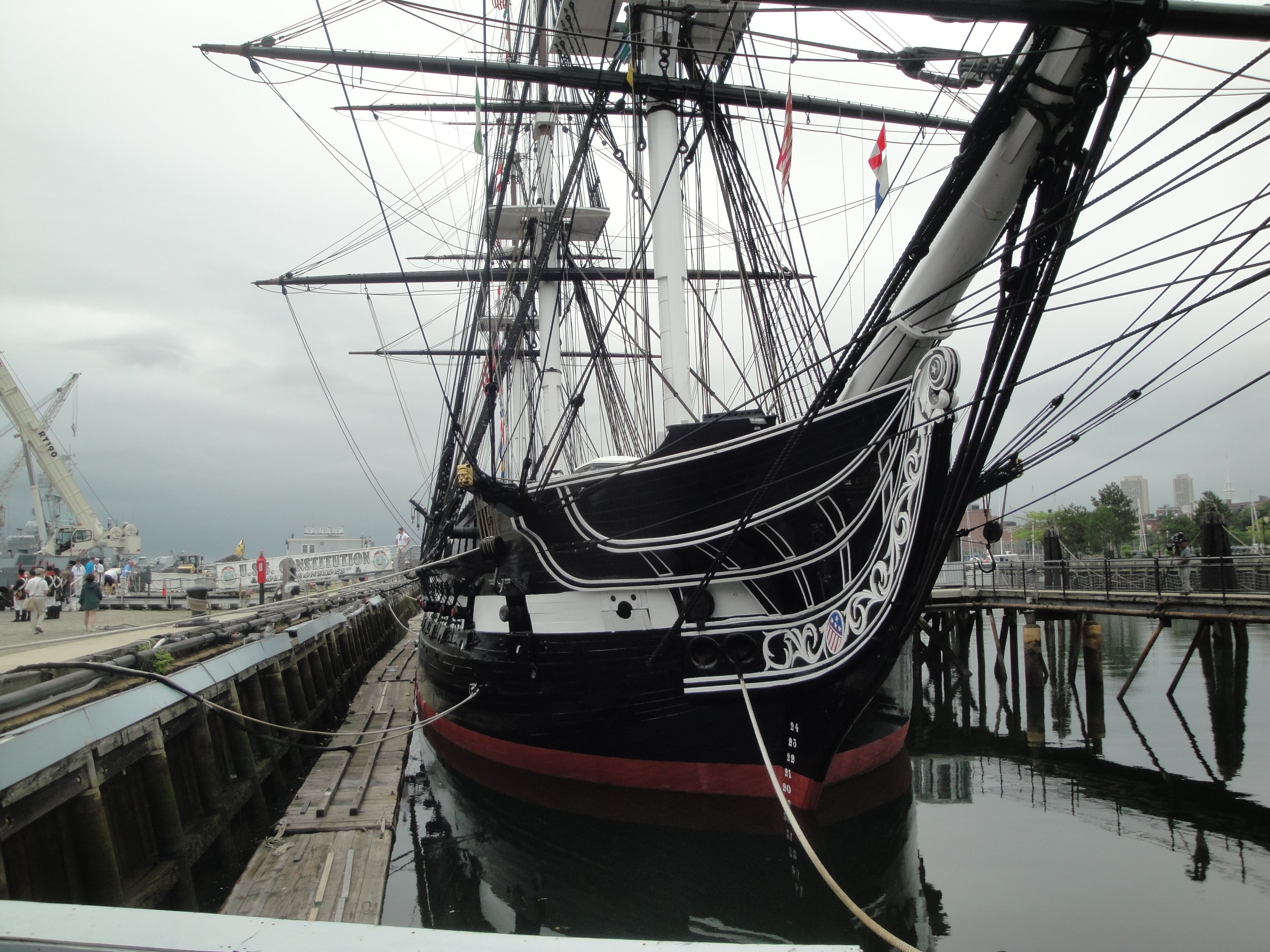 Next year the ship will enter dry-dock for a about a three year maintenance availability. This summer is the last time the ship can host visitors until its return sometime in 2018.