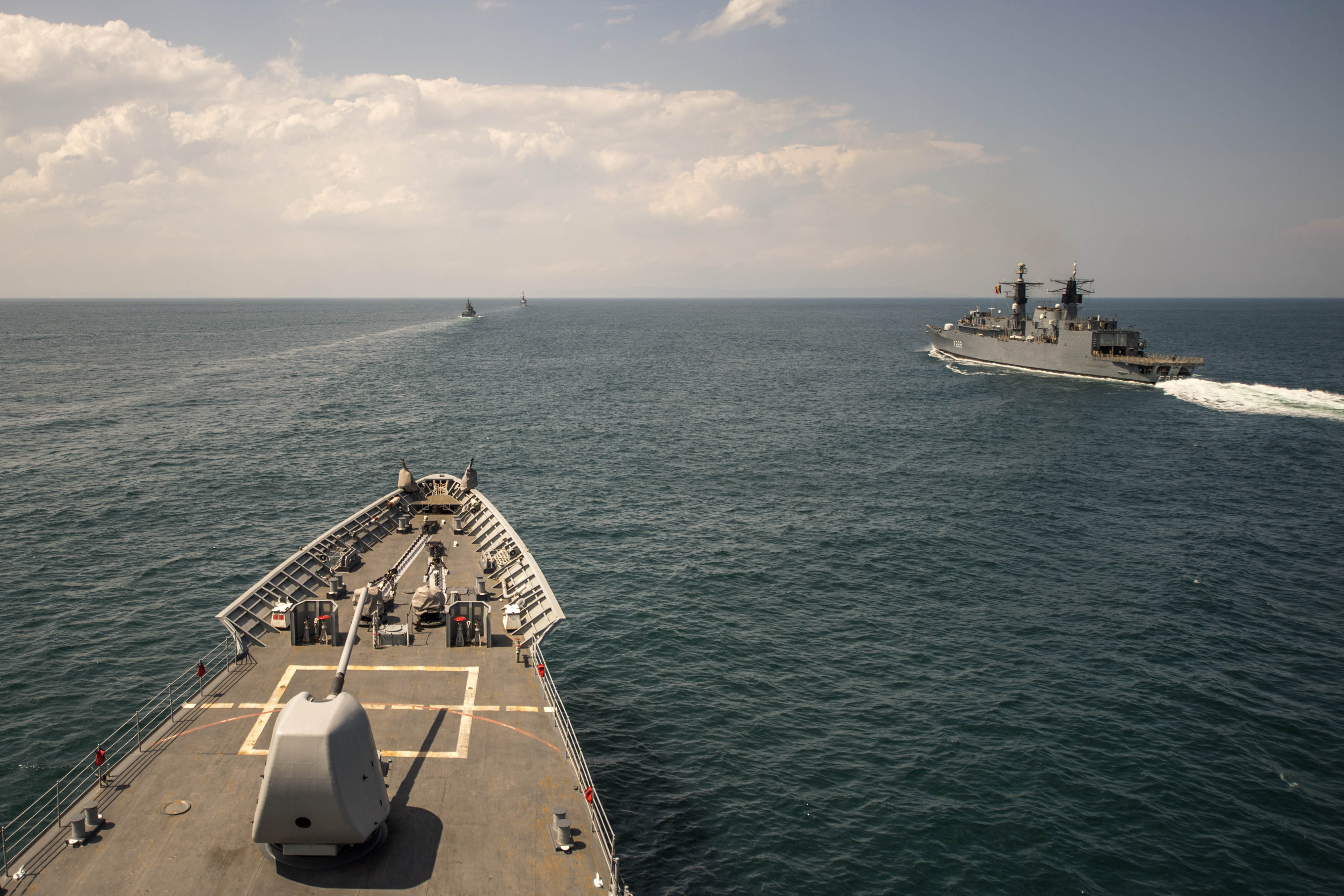 The U.S. Navy has not yet tasked any of its surface ships to move closer to Ukraine following the suspected shoot down of Malaysian Airliners Flight 17 on Thursday, service officials told USNI News on Friday.

Guided missile cruiser USS Vella Gulf (CG-72) crossed the Bosporus out of the Black Sea on Tuesday, leaving no U.S. ships in the region.

A collection of NATO frigates, electronic surveillance ships and mine sweepers are in the Black Sea following the conclusion of a minesweeping exercises.

According to the Navy, guided missile destroyer USS Donald Cook (DDG-75) is nearby in addition to Vella Gulf .

Even though ships are not being moved closer, the official said that they could be deployed to the Black Sea depending on the situation in the region.

NATO and U.S. ships have had a rotational presence in the Black Sea since the Sochi Winter Olympics earlier this year. The presence mission was expanded following the Russian seizure of the Crimea region of Ukraine in March.

A Malaysian passenger jet was allegedly shot down by a surface to air missile (SAM) on Thursday over east Ukraine near the Russian border, according to U.S. intelligence sources.

It is yet unclear who fired the missile.